Brixton bar and restaurant Veranda will re-open in January after Lambeth council handed back its licence late last night.

The venue had its licence suspended last month following a non-fatal shooting incident that left a man in hospital with a gunshot wound and a slashed face.

Following a gruelling five-hour licensing meeting at the Town Hall, just yards from the Acre Lane nightspot, councillors voted to allow the bar to reopen in eight weeks under a raft of conditions.

Earlier this morning Brixton Hill councillor Alex Holland (@BrixtonAlex) Tweeted: “After 5 hours #Lambeth Licensing allow Veranda to stay open for business with a reduction in hours and other steps to improve the venue.”

When Veranda re-opens on January 7 it will have a metal arch and ID scanner, and its opening limited to midnight of week nights and 1am Friday and Saturdays.

Co-owner Paul Bassey will also stand down as Designated Premesis Supervisor (DPS) and the business will appoint a new general manager.

Bassey was on duty on October 19 when a shot was fired inside the venue. Staff at the time said they thought the noise was party poppers going off.

Speaking to the Blog in October, Bassey said:  “The most upsetting thing for me is that we have been here for two and a half years and not had one single incident.”

Mr Bassey, who is also vice chairman of the Brixton BID partnership, added: “We’ve had customers on the phone asking why we are closed, and they have been reading things about us [in the police reports on the incident], but I want people to know that isn’t how it really is.” 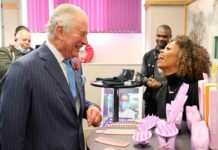