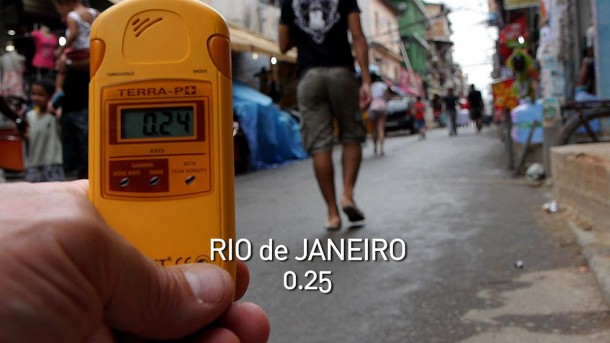 Well it’s certainly a fantastic week for anybody interested in documentaries. This Saturday The Ritzy dedicates and entire day to The Nuclear Question season featuring six documentaries on the subject of nuclear power.

The Battle Of Chernobyl (2006) is a detailed and chilling account of one of the worst ever nuclear meltdowns in history, its horrendous repercussions, and the authorities battle to seal off the reactor. A is for Atom (1992) reports on how nuclear power changed both the political and geographical landscape of Britain.

Women of Fukushima (2012) takes a personal look at the effects of the Fukushima Daiichi disaster, reflecting the fears and outrage of a group of local women and their deep mistrust of the government’s re-start programme. Welcome to Nuclear Land (2009) takes place in Normandy and captures the idiosyncratic rural small town populace that live beneath the shadow of its nuclear power plants.

The Good Reactor (2013) claims that Thorium could be the answer to the world’s energy problems, and Pandora’s Promise (above – 2012) sees director and former anti-nuclear campaigner Robert Stone state his case that nuclear power is actually the greenest and cleanest source of energy for the future.

Other documentaries this week include Alice Walker: Beauty in Truth, profiling the amazing life of Alice Walker and her journey from simple farm girl to civil rights activist, celebrated poet, and one of America’s key novelists with the publication of The Color Purple in 1982. The Ritzy are also screening Utopia, an epic film on Australia and the struggle and resistance of its indigenous people, followed by a Q&A with its director and one of the world’s greatest living journalists John Pilger.

On a lighter note there’s the London International Animation Festival Kids Club Special on Saturday morning, showcasing 79mins of fourteen animated shorts from all over globe. And as a dad who frequently takes his six year old to the cinema it certainly makes a change to see a cinema kids club doing something interesting and different rather than churning out films we paid full price for six months ago.

One of my favourite horror films of all time gets a rep screening on Friday night, An American Werewolf in London (1981). A rare example of successfully mixing real comedy with real horror, this John Landis cult classic is also a great London movie and always worth revisiting, especially on the big screen.

And last but not least the two big Hollywood releases of the week are Lee Daniels’ The Butler, starring Forest Whitaker as a butler, and Ridley Scott’s The Counsellor, starring Michael Fassbender as a counsellor. So until next week, happy viewing.