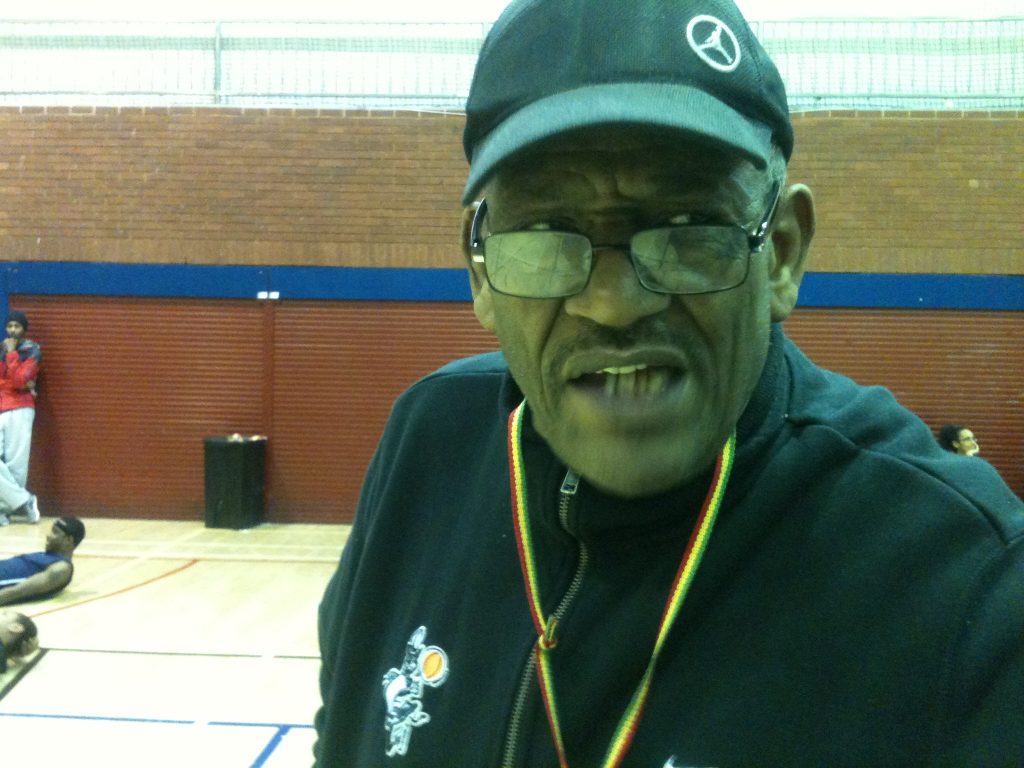 Lambeth Council has decided at the last minute to “delay” the planned eviction this week of a Brixton community and Olympics hero from the home he has lived in for three decades.

Jimmy Rogers, the 73 year-old Brixton Topcats basketball coach, was told he may be evicted on Wednesday at 10.50am from the home he has lived in at Shannon Grove since 1981.

However, after the news broke publicly on Twitter late last night, the council has this morning told the Brixton Blog that because they are still in discussions with Jimmy “until it is resolved, it (the eviction) won’t go ahead.”​  The eviction is being ‘delayed’ rather than all out cancelled at this stage.

“We are willing to delay the eviction proceedings to provide some extra time to find a permanent solution”, said a council spokesman.

Jimmy set up Brixton Topcats in 1981. Since then, the club has produced basketball professionals the like of Chicago Bulls All Star and Team GB player Luol Deng, but more importantly Jimmy has provided support and encouragement to scores of young people in south London. Several of the young men he coached went on to play for GB in the London Olympics last year.

Jimmy lives in short life housing, which was offered to people in the 1980s and 1990s on a temporary basis. The council is now following a policy of ridding Lambeth of its short life housing stock and obtained a possession order on Jimmy’s house 14 months ago.

Jimmy told the Brixton Blog last night how angry he is at the threatened eviction and pointed out that in 2005 he was awarded a Civic Award by the same council now trying to kick him out of his home. The award he was given says:  “The council is pleased to confer a borough wide civic award to Jimmy Rogers in recognition of his coaching to Brixton Topcats and over 20 years to community basketball and local young people.”

Kate Hoey MP, who has lobbied hard on Jimmy’s behalf this year, said: “I have known Jimmy all the time I have been an MP (24 years). His treatment by Lambeth is shocking. This is just another of the terrible injustices being done to residents who have lived legally in their homes for many years and who  are now threatened with eviction because of a short sighted policy to sell the properties on the open market. There is a huge shortage of affordable homes in our area – Lambeth should be keeping these properties rather than selling.

“Jimmy has worked for years for  nothing and his work has kept hundreds of young people off the streets. He pioneered young people travelling to the States on basketball scholarships and is admired through the world of basketball. Lambeth owe him some dignity in his older years.”

The spokesperson for the council said: “Over a long period of time Lambeth council staff have been working hard to assist Mr Rogers and find him alternative accommodation. This has included allowing him to purchase the property himself, making him a direct offer of a one bedroom property with a garden, and twice suggesting sheltered housing in Lambeth. He has refused all of these offers, but we are still in discussions with him about his housing needs.”

“We are taking these measures in the interests of the thousands of residents in Lambeth who are in desperate need of housing. We are using the proceeds from the sales of shortlife housing to fund new homes in Lambeth.”

​For our interview with Jimmy last year see here.

Archives are important – so have your say

414 Club under threat from developers