A man hit by a number 35 bus on Brixton Road this evening is in a “stable condition” according to police.

Brixton Road  is still closed in  both directions between Acre Lane and Stockwell Road after the man was struck  by a bus  under the railway bridge at about 8.15pm

A spokesman for the Metropolitan Police told Brixton Blog: “We were called at 8.15pm to Brixton Road close to the underground station.

“A male pedestrian in his late twenties was taken to hospital. His condition is described as stable.”

Cathy Ashley said on Twitter: “Just saw a man walk in front & be hit by a bus in Brixton. He’s badly injured – pl anyone who prays do your most to ensure he’ll be ok.”

Andy Loughran told Brixton Blog the man was hit by a bus on the southbound side and was being treated by paramedics at the scene.

In an update at 9pm TfL said: “Brixton Road. Currently closed in both directions due to a collision between A203 Stockwell Road and Acre Lane. Expect delays.” 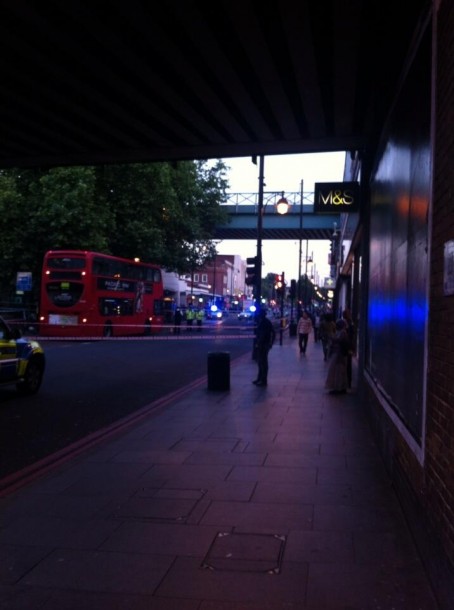