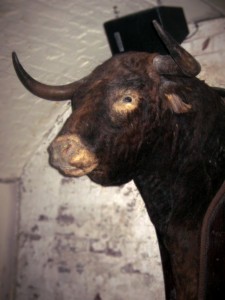 Local nightlife aficionados will know that it’s been something of an Antic Spring. Whilst the Dogstar on Coldharbour Lane is a lynchpin of nighttime entertainment, two new Antic pubs have popped up in the past month – Effra Social and then Spanish-themed Gremio – in the drinking equivalent of a whack-a-mole arcade game. As soon as we hit one, another appeared. Antic know how to keep both themselves and the critics frantic.

Challenge accepted, we made our way to Gremio’s launch night in the crypt of St Matthews Church. As we descended the steps into a cool vaulted space with beat-up preloved tables and tealights, an overwhelming smell of wet paint hit us. The impression was instantly favourable – of an unstuffy, unpretentious party where nothing was stage-managed. Paint was allowed to be wet, our table wobbled slightly when we sat down and we couldn’t tell the management from the punters, who had turned out in good numbers. Aside from the greeter on the door, it could have been a normal evening. My fear that Gremio might be a soulless chain-owned bar melted away in the face of low-key latin beats and laughter. 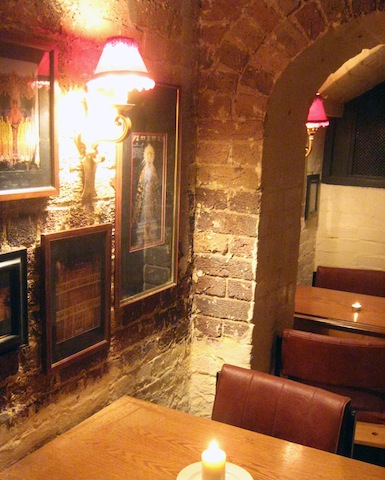 A friendly and knowledgeable barman offered recommendations from a well-stocked selection of Spanish wines and beers. An order of lager and cider came in at under £6 whilst the wine list started at around £15, leaving us pleasantly surprised. With fears around the gentrification of our area looming large we were on red alert for pretentious pricing, and happily we didn’t find it.

Though we arrived shortly after opening most of the free tapas on offer had already been snapped up, which probably bodes well for the restaurant due to open in the next few weeks. The Spanish omelette we did sample was creamy, delicious and by far the best I have tasted. When I caught up with Antic’s Fi Collett she waxed lyrical about the social qualities of traditional Spanish food: “I think this is going to become one of those restaurants where you have to eat,” she said.

“Tapas is such great food: it’s real community food. It’s about being friendly, talking, sitting down and sharing a meal together with lots of different dishes. We have a Spanish chef, we have Spanish staff. It’s not like we are pretending to be Spanish. We are Spanish, and we are for everybody!”

The emphasis on authenticity doesn’t end with the food and drinks. Fi outlined plans for Gremio to broadcast Spanish sporting events and host dance classes, so you could be enjoying fandango and vino in the same venue sometime soon. If you do come here to dance, try not to gore yourself on the enormous bull head surveying the proceedings from the rear wall.  Alternatively a few pints might see you whipping your scarf in front of it and shouting ‘Ole!’ 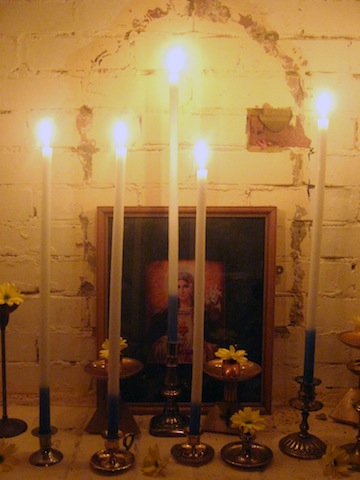 Housed in the corner is a small Catholic shrine complete with tapered candles and icons in a cheeky and good-humoured nod to the deconsecrated surroundings. This little corner summed up what I enjoyed about the mood at Gremio: a combination of relaxed authenticity, warmth and wit. Fantastico.

Laugh Out Loud Comedy comes to the Dogstar