The Film Africa festival has been a roaring success so far, but there’s still a few days left of screenings you can catch down Ritzy way. A Friday night highlight is Alain Gomis’ haunting existential meditation Tey (Today) starring US actor/musician-type Saul Williams as a Senegalese man who returns home only to find it’s the last day of his life. Bummer! Hardly lighter in tone but keeping up the excellent standard is Egyptian drama Lust on Saturday; things get more uplifting on Sunday with El Gusto, the tale of an orchestra of Jewish and Muslim ‘Chaabi’ musicians which reunites after being torn apart by war half a century ago.

In the past few years, bum-chinned heartthrob Ben Affleck has been quietly undergoing the biggest reputation reversal since Emperor Zurg. Once lambasted for his wooden acting and shameless boat-based cavorting with J-Lo, he’s morphed into an esteemed director of solid thrillers, with some even comparing him to the masterful Sidney Lumet (helmer of muscular 70s classics like Serpico and Dog Day Afternoon). His newie, Argo, is a sweeping, enjoyable account of a daring 1980 CIA operation, featuring top turns from Affleck himself, John Goodman and the ubiquitous Alan Arkin.

Other new films released this week include Sally El Hosaini’s exceptional East London-set family drama My Brother The Devil (which went down a treat at the recent London Film Festival), so-so political comedy Grassroots (directed by Stephen Gyllenhall aka Jake’s father, fact fans!), and fun Australian comedy-drama The Sapphires, which tells the true story of four Aboriginal sisters who were plucked from obscurity and played their first gig in 1968 for troops in Vietnam. The I.T. Crowd’s Chris O’Dowd stars as their booze-sodden Irish manager.

Films continuing their runs this week include Rust & Bone – for my money Audiard’s weakest so far, for all its whales, amputee sex and Katy Perry; record-breaking Bond box-office destroyer Skyfall; and the original and energetic, but cutesy and pretty patronizing Beasts of the Southern Wild.

Finally, there’s all kinds of amazing retrospective stuff going on this week. Inspired by the release of Rust & Bone, there’s a late Saturday screening of Jacques Audiard’s bruising, audacious prison thriller A Prophet (probably my favourite film of this decade so far, in case you were wondering.) Meanwhile, one of my favourite films of the prior decade – astonishing multi-country/multi-character drama Code Unknown – is screening as part of a Michael Haneke retrospective, alongside the brilliant Cache. You’d be mad to miss any of them. 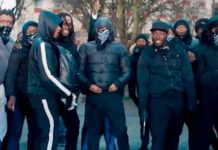 Blue Story will change the way we view crime drama 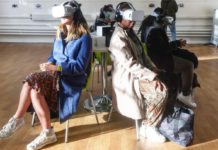 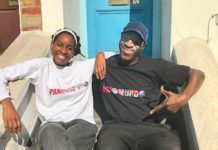 Photography pub quiz at the Ritzy

7 February, 2017
We use cookies to ensure that we give you the best experience on our website. If you continue to use this site we will assume that you are happy with it.OkPrivacy policy