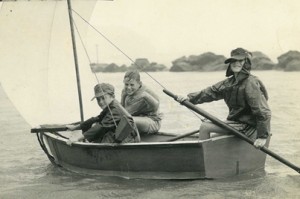 The Ritzy have been hosting the Human Rights Watch Film Festival since it opened in London 16 years ago. Frankie Holah writes a review of one of this year’s highlights, Brother Number One, which screened at the Ritzy with a special Q&A on Monday

Brother Number One was an incredibly moving insight into the devastating and on-going effects of the Khmer Rouge genocide. It follows Rob Hamill on his journey as he tries to piece together the final footsteps of his brother Kerry, who was captured, tortured and brutally killed in 1978 at the S21 prison in Phnom Penh, Cambodia.

When Rob first lands in Phnom Penh you see the raw pain of his loss and you really feel the significance of the question he asks at the beginning of the film – “will this process help me to let go?”

Speaking before the screening, Rob himself made a point that this is “just one story”. However, as the only westerner to testify in court against Duch and in creating this documentary, this is a rare film. It not only opens your eyes to his family’s pain and suffering, but also to that of the Cambodian people.

What I admired hugely was the dignified and respectful way in which Rob approached the entire process. Even when talking to those who were responsible for the death of his brother, he was totally collected and calmly asked the questions he wanted the answers to.  Particularly chilling for me were the scenes in the court room when Rob spoke directly to Duch about Kerry. Despite hearing these personal accounts, Duch appeared to show no genuine remorse for the crimes he had committed.

“I want to forgive. But how can you forgive someone when they won’t take responsibility for what they did?” – Rob Hamill

Brother Number One is an important step towards increasing awareness of the atrocities committed by the Khmer Rouge all those years ago. Ask people what they know about Hitler and World War Two and most people can relay the details. If you ask the same question about the genocide in Cambodia it’s a very different response, but over 3 million people were executed during the reign of the Khmer Rouge.

“I was like a cog in a running machine” – Duch

I visited S21 in 2009 and for hours after I just couldn’t speak. To this day, when I think about it I get goose bumps. The same happened last night when I watched the footage. It has a lasting effect. Brother Number One is an immensely powerful, brave and significant film. In creating it Annie, Rob and all those involved are “helping to write a sense of history, so far denied to Cambodia”.

For more information about Brother Number One visit http://www.brothernumberone.co.nz