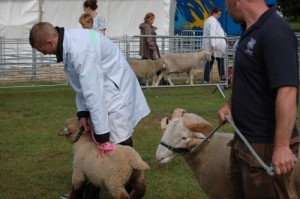 The Lambeth Country Show will finally go ahead in Brockwell Park on 15 and 16 September, under plans revealed yesterday.

The date, after the Olympic Games, will see the popular event happen in Brockwell Park with a budget of £275,000, just £47,000 less than last year.

On February 3 Lambeth announced that the show, which attracts 180,000 south Londoners over two days, would be cancelled in 2012. But council leader Steve Reed appeared to backtrack days later after a campaign by the Brixton Blog highlighted residents’ anger and attracted 1,700 signatures.

The final decision will be taken by Cllr Florence Nosegbe and head of adult services, Jo Cleary, on 19 March.

“It’s a big year for London but it’s such a key event for the community that it seems crazy that the community wasn’t told beforehand or there was no consultation.”

She continued: “The amount of people who have singed the petition over the past two weeks shows how outraged people are.”

Although councillors have said the show would be “scaled back” and remodelled this year plans have been drawn up to cater for 180,000 show goers over two days, the same number as in 2010.

Officers said increased cost, security and an Olympic Gay Pride event on Clapham Common meant the popular show could not go ahead in July as usual.

The original announcement that the show was cancelled appeared to cause a split within the Lambeth Labour cabinet, with Cllr Rachel Heywood calling on people to sign the Brixton Blog’s petition and saying she wants to see the show go ahead this year.

The council says the show will come back “bigger and better” next year, and plan to involve the community in its organization under its co-operative council plans.

You can still sign the petition to save the country show. Simply click on the box to the right.