What if I told you that you no longer had to choose between the great temptations of fried food and a curry at the weekend, but could combine both in one go, all washed down with a beer? Would you think I was pulling your leg or would you smile sagely and say “you’ve been to Curry Ono and discovered Japanese curry haven’t you?”

That’s exactly what’s on the menu at this attractive restaurant in Market Row that offers a wide range of Japanese curry. It specialises in the katsu curries that combine a breaded fried pork or chicken cutlet accompanied by the spicy sweet curry sauce the Japanese have made a national dish since the British Navy introduced it at the turn of the last century.

Standing out with their bold Marimekko wallpaper and fully enclosed frontage, Curry Ono is just the place if you want to try a new style of curry in Brixton. Licensed to serve beer and sake, it’s worth arriving early on a Saturday night as the tables fill up quickly. There’s a nice range of starters from well priced edamame beans, freshly made gyoza and lesser known delights like takoyaki or the octopus dumplings which we ordered, accompanied by green tea.

Everything is prepared from scratch here and cooked to order, but we didn’t have to wait too long until a plate of five plump dumplings brushed with sweet takoyaki sauce and garnished with mayonnaise and shallot flakes arrived. Balls of savoury pancake batter with nuggets of sweet succulent octopus inside, these were moist and juicy and deliciously savoury. Generously sized – enough to need a knife and fork – we devoured these in no time.

Mains arrived promptly afterwards. I should confess that I actually don’t like curry in any shape or form and had come as the awkward person who didn’t want any of the 12 curries listed on the menu so I ordered again from the starter set menu and had the pork katsu (or escalope) with rice, miso soup, pickles and salad for £7.50. My katsu was a lovely piece of real pork, beated thinner than a chop, breaded with the etherally light Japanese panko breadcrumbs and lightly fried, but still juicy and moist. It went perfectly with the obviously homemade pickled mixed vegetables and despite being a generous portion, I ate it all.

My companion found it hard to choose from the extensive selection. The roast vegetable curry is suitable for both vegans and vegetarians and uses gluten-free soy sauce. The croquette curries intrigued her and the beef curry sounded appealing, but unable to resist those golden breadcrumbs either she went for the chicken katsu in the end. It also came with rice and a generous portion of the sweet, spiced, but mild curry sauce over it. Also obviously homemade the sauce actually smelt lovely and came with big chunks of vegetables and some green beans to put it miles ahead of that chip shop style curry sauce found in takeways here. I didn’t get much conversation out of her as she cleared her plate.

I’ve heard rave reviews of the homemade ice creams, especially the red bean version, offered as dessert, but we couldn’t have eaten another morsel. Both on the wagon for January, we stuck with the good selection of non-alcoholic drinks, but were pleased to see that the range of beers, wines and sakes are reasonably priced. Our bill for one main course, one set menu, one starter and two drinks came to £23. Service charge isn’t included, but as they were friendly and efficient and the meal was so reasonably priced, we had no qualms about tipping well.

Curry Ono specialise in something they love, do it well and still offer an interesting enough menu to appeal to non-curry fans like me. There’s a good range of vegetarian and gluten free options and it’s hard to imagine that even the widest group of tastes couldn’t find something to enjoy here. I’ll be back to fulfil my fried-food cravings and try my favourite udon noodles instead of rice next time. I might even stretch to sampling the sake… 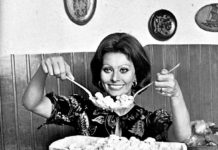 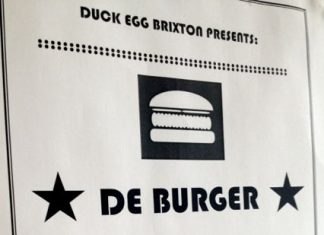 ‘Yuppies Out’ party to protest against Champagne and Fromage bar in...

25 November, 2014
We use cookies to ensure that we give you the best experience on our website. If you continue to use this site we will assume that you are happy with it.OKPrivacy policy