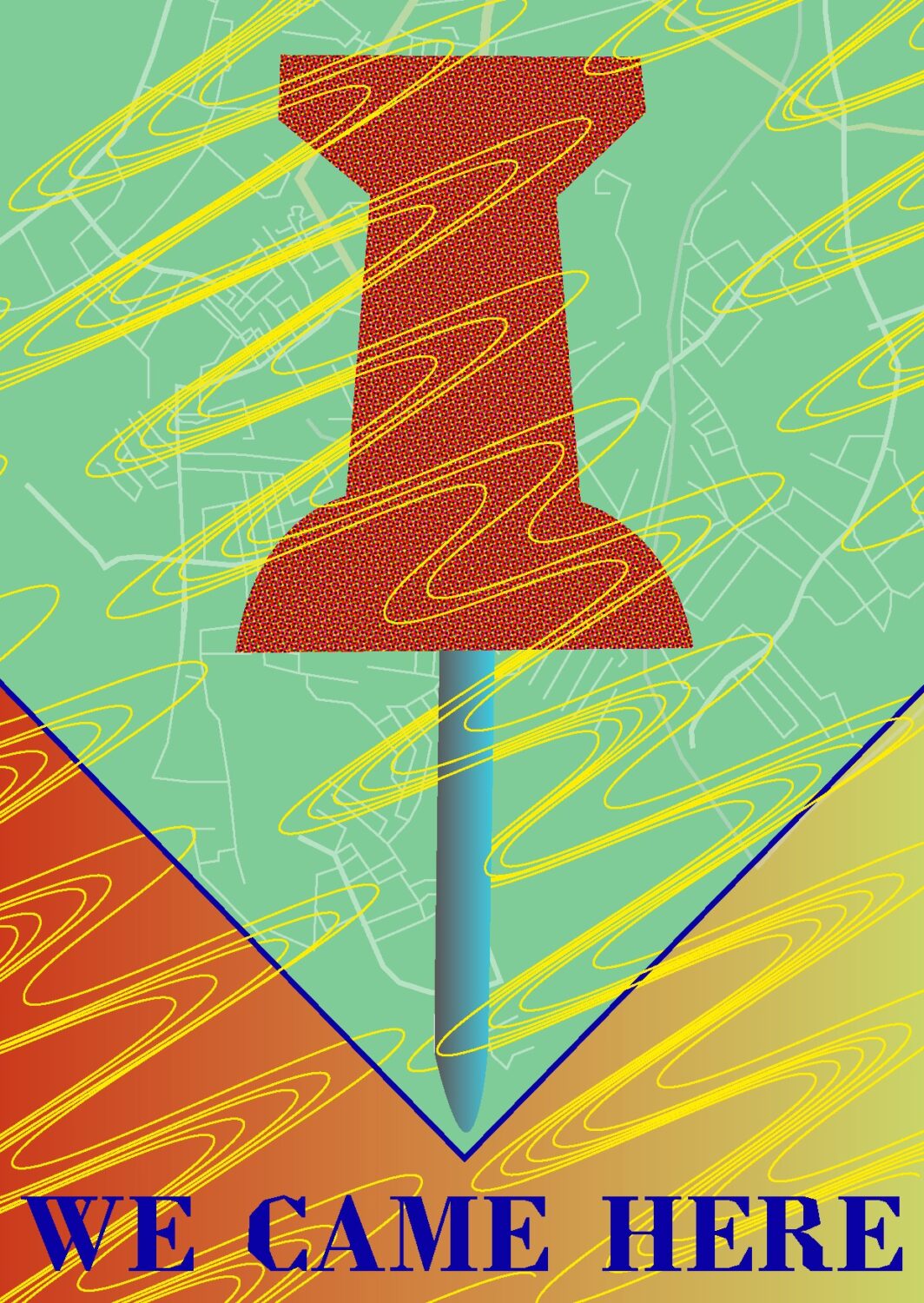 We Came Here, a new sound and sculptural installation by Harold Offeh, at Brixton’s Van Gogh House, is an imagined conversation between a young, as yet unformed artist, Vincent Van Gogh and a young, but fully formed, Jamaican-born activist, Olive Morris

This is a conversation across time between two twenty year olds who lived 100 years apart, but who shared the experience of arriving and living in Brixton, and explores the contrast between the activist and the thinker.

It takes place in three separate spaces in the house to which have been added large map pins, that you can sit on to listen to the dialogue.

In this age of podcasts, it seems a familiar medium – an impression strengthened by the informality, and “real life” quality of the conversation.

But it is, nevertheless, an intriguing meeting between two young people who come from different worlds – one a safe and comfortable life in the Netherlands, the other a daily struggle for work, housing, money and fair treatment.

But they share both a sense of otherness that comes from being a migrant and a powerful ambition to change the world they inhabit for the better. Olive Morris was a tireless campaigner against injustice, poverty and racism. Van Gogh wanted to change the way people saw the world – to find the truth, and “capture the essence” of things. This is a piece about passion, and how it can take different forms.

Where she is an activist, sure of her ground, he looks at the world with an artist’s eye – a watcher and a thinker, aware of the “dissonance” of London, but unsure what he as a “foreigner here” can do about it.

The conversation is friendly and informal, but also throws down challenges. Van Gogh is, in Olive Morris’s eyes, an example of white privilege who is offended by the poverty he sees around him London, but not equipped fight it. She, on the other hand, is “participating more than observing…..taking power through struggle.” Her strength of purpose and clarity of vision is set against his angst, doubt, and ultimately his distance from real suffering.

On the surface, this piece reveals more about Olive Morris than Van Gogh. And she certainly appears to take the limelight. But Offeh explores a period of Van Gogh’s life about which little is known. He was not yet an artist. He wanders the streets of London trying to work out how “to add something meaningful to the world” as he experiences the feelings of alienation so common amongst migrants. Both of them are trying to make sense of the world and find their rightful place in it. She is simply further down the road.

Offeh has used a familiar medium to create an unusual and thoughtful piece. It brings together two real people from different and times and places to explore together how they interact with the world and seek to change it.