Brixton and South London will be at the centre of celebrations for Windrush Day tomorrow (22 June). This is our round-up of local events …

The annual Elders’ Lunch brings together the Windrush Generation and their descendants with school children and young people to share stories, music, and food.

Hosted at Pop Brixton with refreshments provided by Dinner at San’s and Market Row Rum, the Elders’ Lunch will be accompanied by inter-generational entertainment.

Colourful Radio will be streaming live from Pop throughout the day, collecting interviews, stories, and experiences from the Windrush Generation and their descendants to share with the Lambeth community.

The All-Stars Steel Pan Band will be performing throughout the day at both the Elders’ Lunch and on Brixton Station Road, showcasing Caribbean music and culture.

In the evening, from 6.30 to 8.30 pm, 198 Contemporary Arts and Learning on Railton Road will host a Windrush Day screening of The Harder They Come, coinciding with the 50th anniversary of the film. Guests who arrive early can view Pearl Alcock’s retrospective exhibition in the gallery.

WASP – We Were There

On Sunday 26 June, WASP – the West Indian Association of Service Personnel – is organising a series of events to honour, commemorate, educate and celebrate the Windrush Generation, many of whom were founder members of the association.

They will start with veterans, serving personnel from the army, navy and air force, cadets, firefighters, police, Kiwanis, other organisations and members of the community, assembling at 10am at Max Roach Park, and setting off 30 minutes later with a full band to march to Windrush Square.

WASP is encouraging people to “line the street and cheer our veterans along, waving your countries’ flags with pride, letting everyone know that ‘We were there’.”

At Windrush Square a short service will be followed by the laying of wreath of remembrance.

The Jamaican High Commissioner, the Mayor of Lambeth and MPs will make short addresses followed by the presentation of awards to “the few who have given so much to the many”.

Once the honouring and commemoration is concluded, the programme will be about education and celebration.

A presentation by the Windrush Foundation will highlight  the sacrifice and dedication of the Windrush generation to their community’s development and progression.

Aspects of that time will include like Anansi stories, gospel singing and performances by the young people of today.

A concert of music of that time, from well known artists, inclduing Neros Joseph, Angela Wynter, Buggzy, Bunny Ly Ly and others, backed by Tapper, Syrus, Jerry Lions and Doctor, will follow, finishing at 6pm.

“We are the only one who will tell the history of the sacrifice we’ve made and educate other,” said WASP, “No one else will tell our story like us, especially when we say: ‘We were there’.”

Pegasus Opera in the library

Brixton’s Pegasus Opera Company, in association with Lambeth libraries, will present a free “Legacy and Hope” concert in Brixton library on Saturday 25 June from 7 to 9pm.

Brilliant classical singers from African and Asian heritage will perform a mix of classical music, musical theatre, and traditional pieces inspired by their homelands.

A recreation of an iconic Caribbean front room, kitchen and bedroom, the exhibition showcases many family favourites, from the Blue Spot Gramophone to eclectic ornaments displayed in glass cabinets.

Visitors can immerse themselves in the social history of the Windrush Generation and learn about the cultural significance of artefacts from the era.

“As one of the most prominent and recognised Black creatives of his generation, Jon has always been a strong advocate for the promotion of the rich historical legacy of African diaspora people,” Brixton House said.

The theatre bar will also have a patty and Red Stripe offer for just £5 from 22 to 25 June. This offer can be used any time or enjoyed pre-show before seeing Black Voices: Celebrating Aretha Franklin on 25 June.

And Brixton House has added a matinee performance of its sold-out show Rush: A Joyous Jamaican Journey on 23 July.

Brixton Immortals domino team will stage a domino festival and talent showcase in Windrush Square on Saturday 25 June from noon to 6pm.

On Friday 24 June, Just Vibez, a global collective of DJs, MCs, singers, musicians and more, will celebrate Windrush at Pop Brixton. The crew has held a residency at Pop almost since its launch. Expect everything from carnival vibes including soca, dancehall and live steel band to reggaeton. Free, reserve a ticket

“We Are Here” is the theme of Lambeth council’s Windrush Day programme this year.

It has invited communities to learn about the history, stories and experiences of the Windrush Generation and their descendants, to ensure their legacy is both recognised and celebrated.

The celebrations, delivered by The Brixton Project in collaboration with community groups and cultural organisations across the borough, will also highlight the Windrush Generation’s huge contribution to Lambeth’s culture and identity.

All residents are invited to join in a community sing-along at 10.27am on June 22 to the Jimmy Cliff song You Can Get It If You Really Want. Colourful Radio, at colourfulradio.com, will be broadcasting the song.

Residents have also been invited to display this year’s Windrush poster in their windows. It has been being posted to 60,000 homes in the borough. You can download the activity pack and get more information at lambeth.gov.uk/windrush2022.

Lambeth’s 2022 Windrush celebrations we will also mark the 50th anniversary of the film The Harder They Come.

The reggae sound track of the ground-breaking 1972 creation co-written, directed and produced by Perry Henzell is credited with having brought reggae from Jamaica to the world.

Rights to screen the film have been generously offered by the Henzell family to celebrate and honour Brixton’s Windrush generation and their descendants.

A launch event at the Brixton Rec on Saturday 18 June kicked off a series of film screenings across Brixton venues running until 26 June.

The Brixton Project is bringing together smaller grassroots organisations with larger Lambeth institutions in a collaborative programme of free events, film screenings, performances, art exhibitions, talks and workshops which celebrate the legacy of Windrush locally, nationally, and internationally.

The heart of the programme will see the historic Brixton Station Road come to life for Windrush; supporting existing traders, Black-led local social enterprises such as the Black Culture Market and Brixton Creates Market, encouraging new footfall and offering bespoke food and fares from across the Windrush diaspora.

The Henzell Family has generously offered The Harder They Come to Lambeth’s Windrush commemorations this year, with screenings across the 10-day programme until 26 June.

Events will include a live audio and visual art installation by BBC Sounds artist in residence Oumou Longley, Caribbean food and drink pop-ups, and live music, DJs and artists.

Working with The Brixton Project, Brixton Village invited artist Oumou Longley to present an installation based on the life and legacy of Olive Morris – the Black Brixton activist who made key contributions to the squatters movement and Black women’s groups. Born in Jamaica in 1952, Olive moved to London aged nine. Her legacy is woven together from oral histories in the Olive Morris Collection at Lambeth Archives, first recorded by the Remembering Olive Collective in 2009.

Playing out from Universal Roots’ sound system, memories of people who knew Olive present themselves between radio static, original music and immersive sound.

Olive Morris: Voices of the Archive can ne seen from noon until 8pm at 14E Market Row until Sunday 26 June.

From 1 to 10pm Brixton Village Courtyard will host live music from all over the Caribbean– from mento to soca, to reggae and more.

Visitors can expect performances from leading artists including Anthony Joseph, the award-winning Trinidad-born London based poet, novelist, musician and academic, who is set to bring spoken-word and the sounds of Trinidad to the courtyard; DJ sets from Legs Eleven – the all-female sibling sound system following in the footsteps of their father and the music culture they were immersed in; performances from Melvina Moves and Nzinga Dance who have teamed up to showcase traditional Caribbean Kwéyòl (Creole) music with dance and percussion; and Rudies bringing live DJ sets for the best in Caribbean and Black British Caribbean music.

There will be a live performance by The Lifeforce Band led by percussionist Phil Harper, recognised for his work with Black British music luminaries as well as being part of Jazz Jamaica.

The Black Heroes Foundation promises “a riot of storytelling, with colour, sound, emotion, and audience participation” in A Carnival Windrush Story: The Story of Claudia Jones. Part of Wandsworth Arts fringe festival the story of pioneering Black journalist Claudia Jones will be taken to school pupils in Wandsworth libraries and to the public at Battersea Arts Centre on Saturday 25 June at 7.30pm – with audience participation and an all-female Black cast.
Battersea Arts Centre, Lavender Hill, SW11 5TN. Tickets

Camberwell’s Burgess Park will host the Radiate Windrush Festival on 25 and 26 June.

It is billed as a two-day family celebration of Caribbean culture – music, arts, people, food, and real vibes – a one-of-a-kind event created from the grass roots for the free expression of Black culture, self-funded and led by the community. Tickets from £16.76; £9.21 for children.

Some 35 projects have been backed by the government’s Windrush Day grant scheme this year, with two Brixton organisations awarded funding.

Brixton’s 492 Korna Klub will create Windrush Playback Stories, a 16-week inter-generational storytelling collaboration in Lambeth with Windrush Generation members to celebrate, commemorate and educate people about their experiences and contribution to British society.

The project will culminate in five events from June to November 2022 designed to deepen awareness of the Windrush experience in the cultural fabric of Lambeth so that everyone is aware of the experiences of the Windrush Generation. The project will offer inter-generational exchanges and opportunities to make friends from different backgrounds, learn skills and promote new community collaborations with the participants‚ and the wider community.

Pegasus Opera Company will create The Windrush Travelling Songbook, aiming to promote local community cohesion by bringing together the young and old from the Lambeth community to celebrate the Windrush Generation through education and music-making, while contributing to positive mental health and wellbeing.

The project will work with inter-generational groups to capture stories of the Windrush Generation and archive them through music performances. It will also involve a Windrush creative summit, a concert with a repertoire inspired by the Caribbean diaspora, and a series of “music meets history” workshops for a primary school and elders group, culminating in the creation of a digital songbook resource that will be shared nationwide. 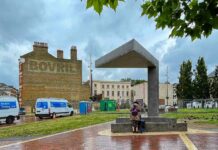