Uprising, the documentary telling the linked stories of the 1981 New Cross fire, Black People’s Day of action and the riots in Brixton, has won this year’s BAFTA award for a factual series.

Directed by Sir Steve McQueen and James Rogan, the three-part series broadcast in July last year is largely made up of testimony from people who were witnesses or involved at the time.

Those from Brixton include Linton Kwesi Johnson, Leila Hassan Howe and Ros Griffiths.

The BAFTA – British Academy of Film and Television Arts – awards are seen as the country’s leading awards for broadcast media.

Uprising was produced by Rogan Productions and is still available to view on the BBC website.

What the Blog said 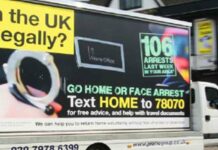