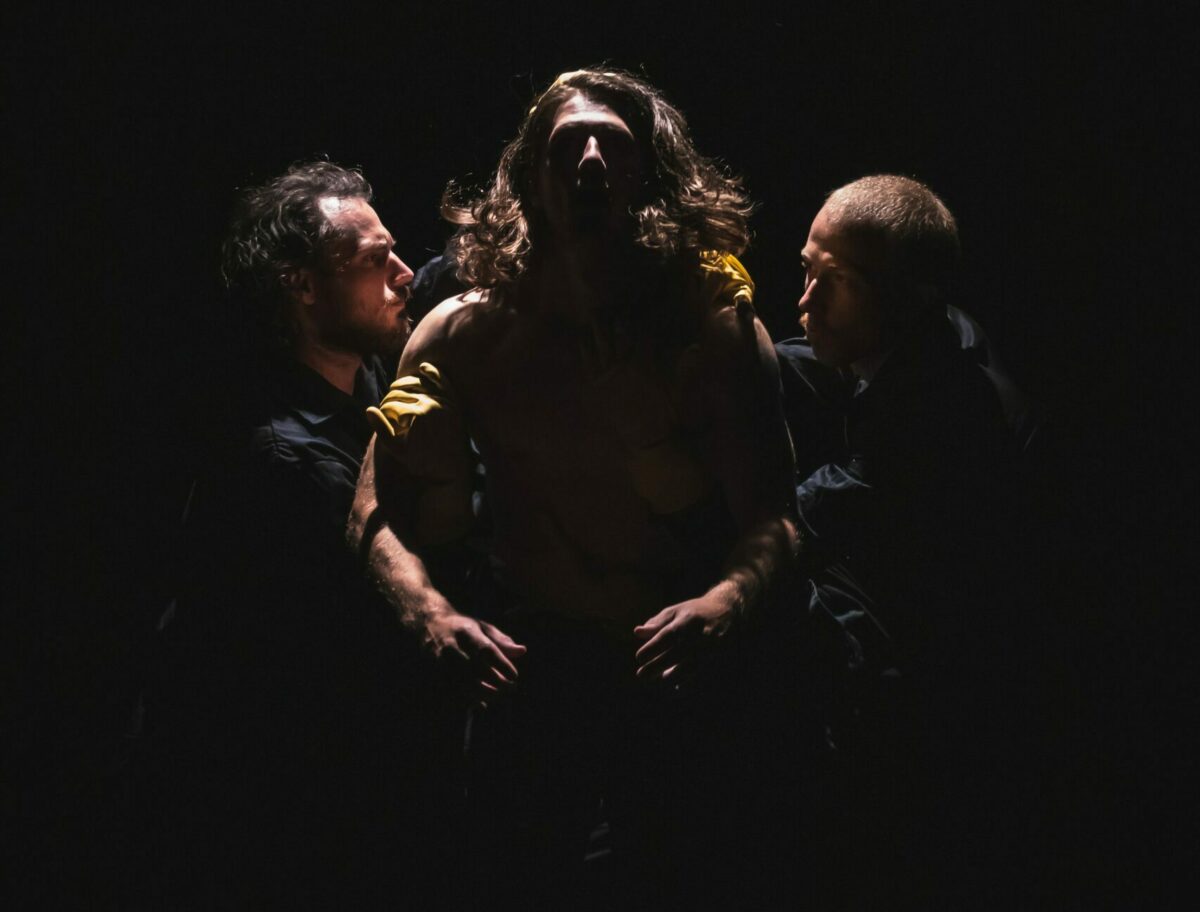 Bobby Sands was twenty seven years old when he died on the sixty sixth day of his hunger-strike in the H-Block prison hospital, Long Kesh, in Northern Ireland on the 5th May 1981. He had spent almost nine years of life in prison as a result of his Irish republican activities

Comrades in the Dark by Caitlin Barnett is an exhilarating and visceral portrayal, through the medium of dance, of his determination to maintain his identity and beliefs in the “hell of the H-Block”.

The piece opens with the sounds of a bodhrán – a traditional Irish drum. It captures the noise, harsh edges and violence of life inside a prison. Four male dancers then take to the stage to enact the last days of Bobby Sands. Accompanied by Irish music and words taken from the poems he composed in prison, this is an extraordinary piece of theatre. Like souls in torment and struggle, the dancers engage in ever more physical and violent movement. But always with grace, strength and humanity.

The choreography captures both the routine monotony and sheer brutality of life in prison, the prisoners’ determination to resist and fight for their freedom, and the strength they draw from each other. When they dance with the bowed heads, it is of weakened but not beaten men. Sands wrote of “devils waltzing” “fairies dancing unseen” and “larks singing” and all of these images are present in the dance. It’s a story of hope amongst horror and the power of the human spirit.

Dakarayi Mashava, Michael Kelland, Miles Kearley and Richard Pye deliver a performance full of energy, intimacy, strength and grace. This is a very powerful piece of theatre with brings to life a critical episode in the history of relations between Britain and Ireland.

Comrades in the Dark runs until 29 April in Brixton House, 385 Coldharbour Lane, SW9 8GL. Tickets are £10. For further information go to  www.brixtonhouse.co.uk

Have a drink with the Characters of Coldharbour Lane