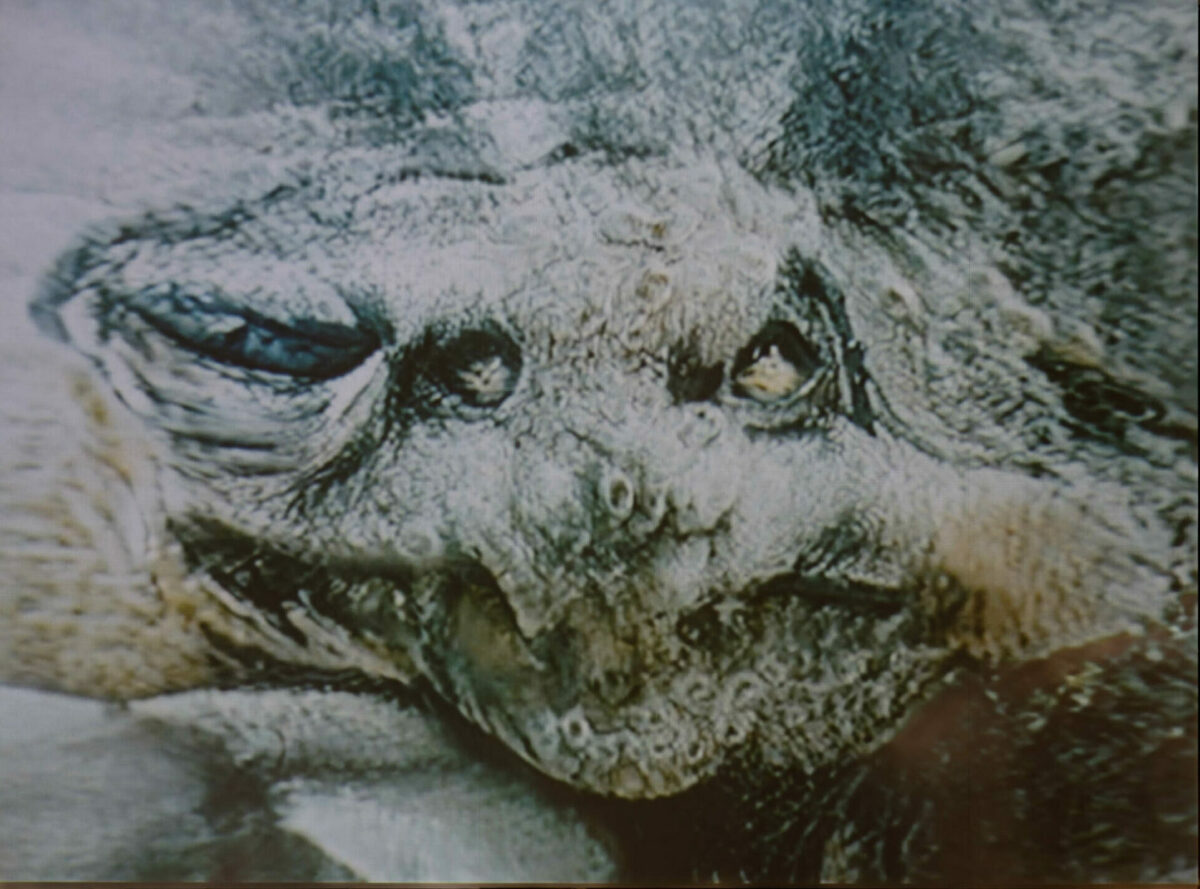 “not yet”, the current show at Brixton’s San Mei Gallery is a new body of moving image and print-based works by Laila Majid and Louis Blue Newby.

The centrepiece of the show is a macabre reimagining of the comic hero Swamp Thing. A constantly shifting shape, at once both ghostly and reptilian, creates a gruesomely compelling process of transformation. Melting, forming and reforming, it suggests an unstable and ever-developing present and a rather uncertain, unknowable future. Trapped and struggling this monstrous “thing” seems caught in a never ending process of change. It is a strange and disconcerting work which speaks to connectivity, evolution and relationships. 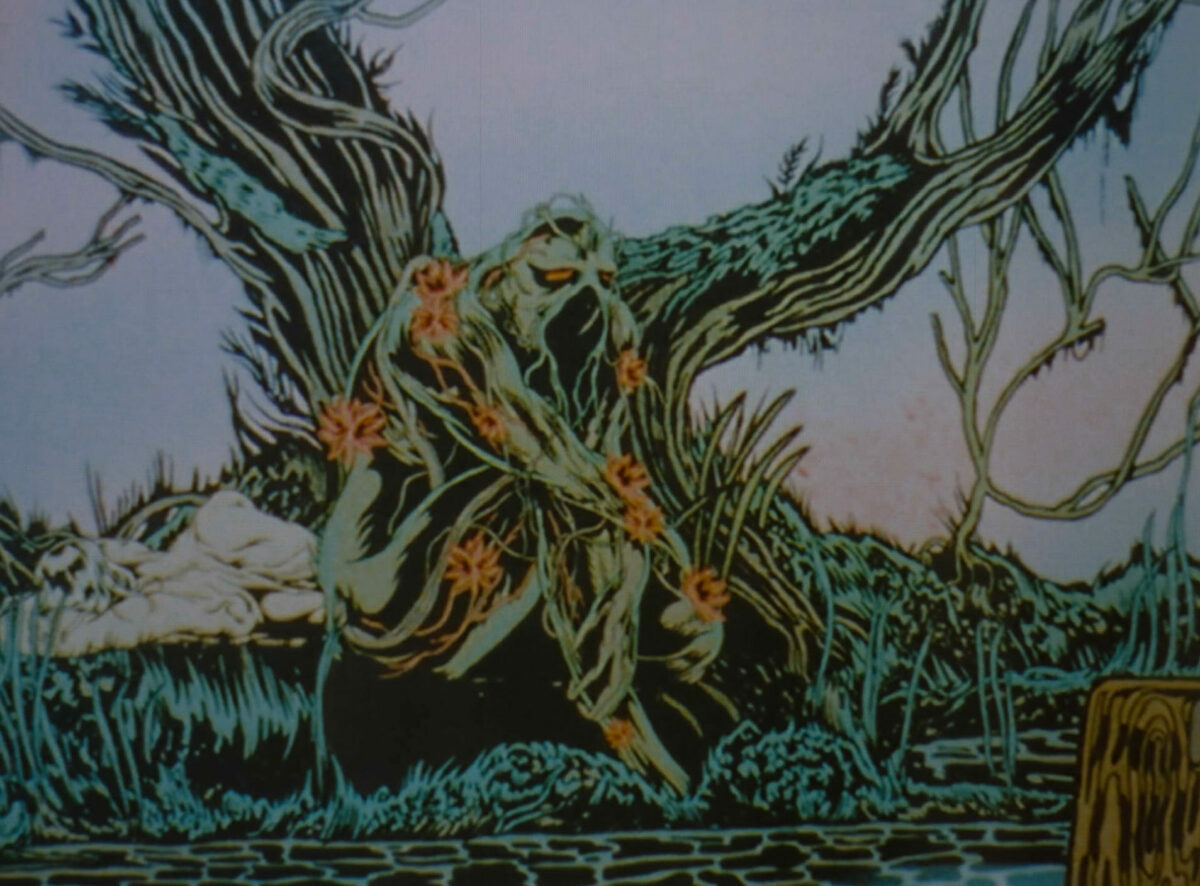 A second moving image sequence concerns a more recognisably cartoonish character and a nod in the direction of traditional techniques. More static, and gruesome in a different way, this sequence holds the attention and asks questions once again about an uncertain future. 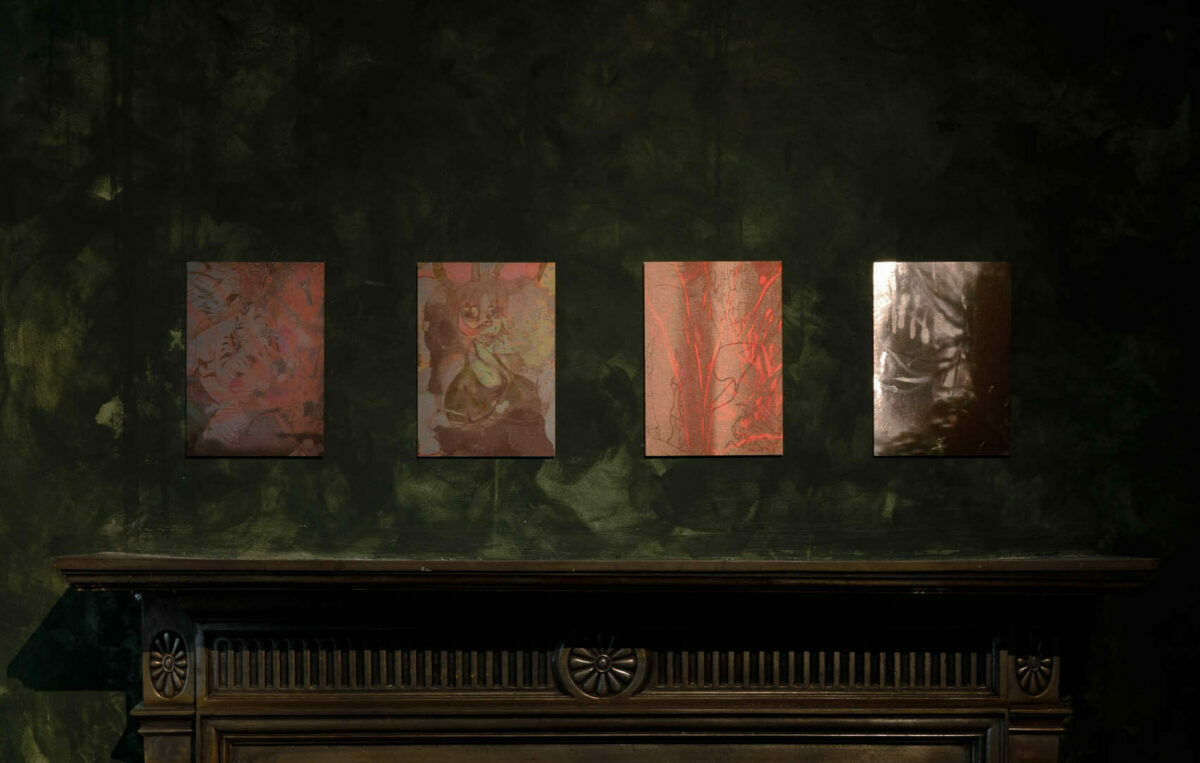 Alongside the moving image work, there are a number of prints. The deliberately  gloomy interior of the gallery added mystery to these works which include found images from varied sources and hint at hidden figures and asks the familiar question ”What lies beneath and between?” 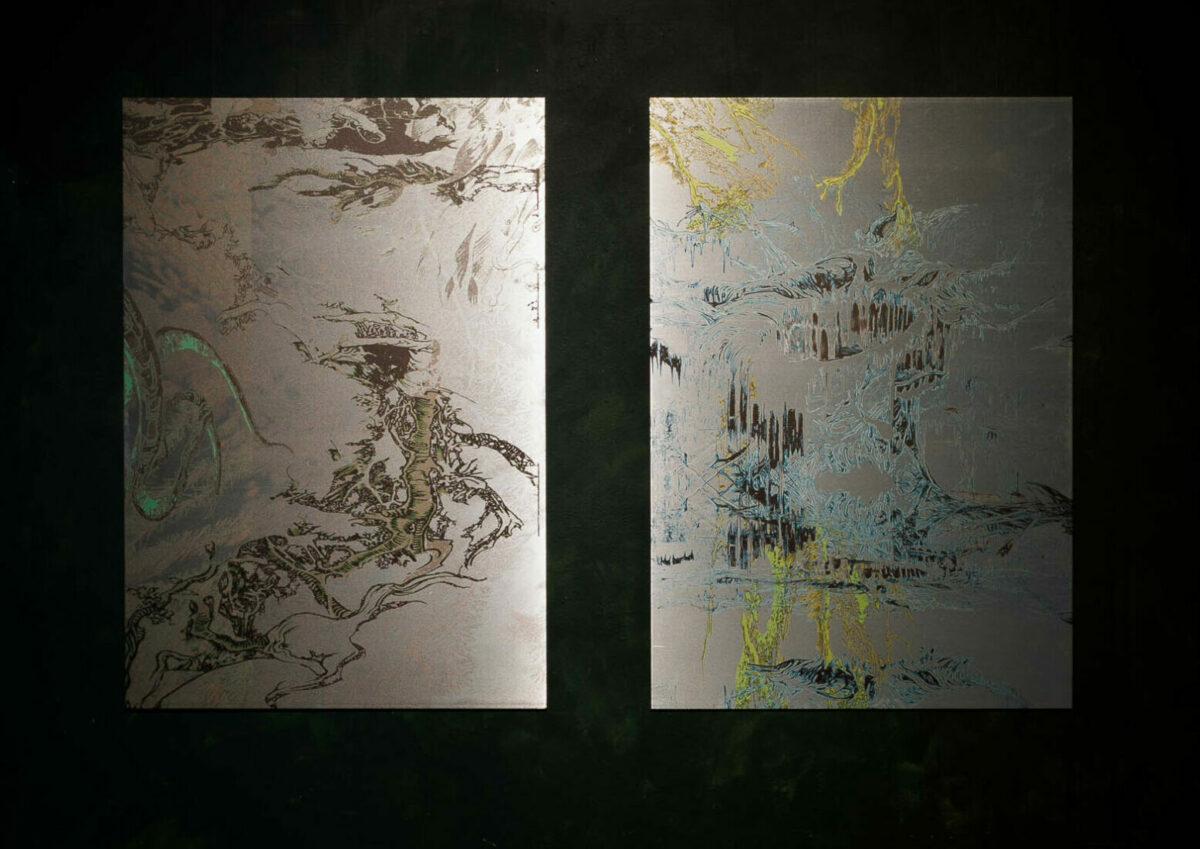 This is an interesting – and technically complex – show which uses a rather unsettling visual language to ask questions, sow doubts, and maybe suggest possibilities.

“not yet” is a free exhibition which runs until 17 March in the San Mei Gallery, 39a Loughborough Road, SW9 7TB. For further information go to www.sanmeigallery.co.uk