Thames Water is about to start work in Elm Park to repair and upgrade part of a 120-year-old sewer.

The road, which runs between Brixton Hill and Tulse Hill, will be closed from Craster Road to Leander Road for more than two weeks.

A section of clay pipeline has collapsed under the road outside the parade of shops on Elm Park.

Engineers will remove the damaged part and replace it with a new section that Thames Water says will last well into the next century.

Work is due to start on Monday (28 June) and is scheduled to be completed by 16 July. Signed diversions will be in place.

“If we don’t act now, the blockage caused by the broken pipe could cause sewage to back up into people’s homes.”

Letters have been sent to residents and businesses informing them of the work.

Leadbeater said: “This pipe is just one of the many thousands of miles of sewers built by the Victorians across London.

“Their engineering is truly incredible, but climate change and population growth are putting huge pressures on the ageing network.

“Because of this, we’re investing heavily to upgrade the system, including more than £4 billion on London’s new ‘super sewer’, the Thames Tideway Tunnel.

“When it opens in 2025, the 15-mile-long tunnel will intercept at least 94 per cent of the millions of tonnes of sewage that overflows into the Thames every year from the overloaded Victorian system, cleaning up the river for Londoners who enjoy it, and the wildlife which relies on it.”

It is trialling “sewer level monitors” which measure the depth of water in pipes. Data they send can pinpoint emerging problems before they grow into blockages like giant fatbergs that can cause flooding and pollution.

Thames Water spends an average of £18m every year clearing 75,000 blockages from sewers.

It unclogs five house blockages and removing 30 tonnes of material from just one of its sewage works each day. 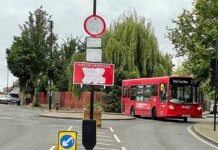 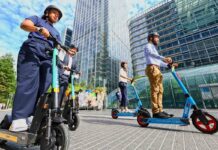 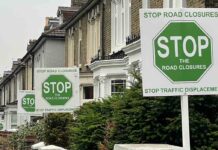 Lambeth council organised a thank-you event to honour the success and achievements of five longstanding local headteachers who are either leaving for new posts...

Shakespeare – for the many not the few

Talk about your favourite Brixton shop on film