Greenpeace South West London is organising a scavenger hunt until the end of February half term in support of local Low Traffic Neighbourhoods (LTNs).

It says all activities will be Covid-compliant and socially-distanced.

The hunt will finish with a Zoom prizegiving event at 4pm on 21 February.

Organisers say the scavenger hunt will be suitable for all ages, with fun and creative activities for children.

It has already started and runs until Sunday 21 February in local LTNs:

Contestants must complete any three of the tasks listed below, photograph the result and submit the images to the group’s Instagram page or to swlondon.greenpeace@gmail.com.

The Zoom event will showcase photo entries and host a few games. It will conclude with key facts about LTNs and next steps in Greenpeace’s “Green Transport” campaign.

Submitted photos will be used to create a collage which will be sent as a “thank you” card to councillors to show support for local LTNs.

It is calling on local councils and central government to invest more money in walking, cycling and green public transport, rather than building new roads.

“Certain areas in South West London have been highlighted as having the worst air quality and highest levels of pollution within the city,” the group said.

“This is due to standing traffic in particular spots and the number of vehicles using certain streets as through-routes.

“During February half-term, we are hosting socially distanced activities to celebrate our low traffic neighbourhoods.” 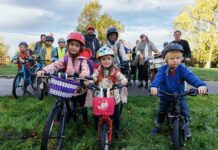 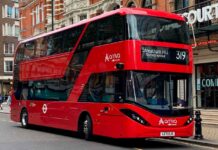