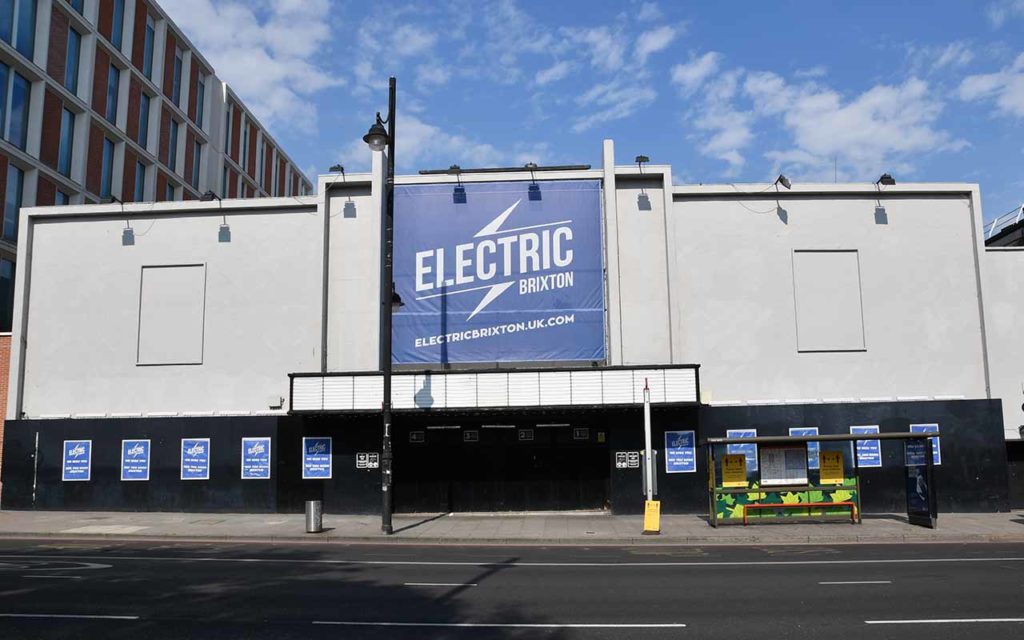 The Electric Brixton (formerly The Fridge), which people will know today as a music venue, originally began life as the Palladium Picture Playhouse on 20th of March 1913. The Palladium built by Gilbert Booth had a capacity on opening of around 1,200 people on two levels. Erected in the Doric style of architecture, one reviewer said the building ‘lends considerable beauty to the Municipal Buildings, so much so that one hardly knows where these end and the new theatre begins.’

The Palladium was renamed ‘The Palladium Cinema’ in 1929 when ABC bought the building; in 1956 the theatre was renamed again, this time to ‘The Regal’ when the building was reconstructed, sadly this included destroying the grand original Edwardian Baroque facade in a program of modernisation.

The Cinema was renamed ‘ABC Brixton’ in 1963 and then renamed again in October 1977 when an independent operator took over the building; the last cinema on the site operated as the ‘Ace’, which closed down on the 28th March 1981. It has changed uses many times over the last 100 years including a time as a Roller Disco.