Brixton’s first theatre was built by the renowned Theatre Architect, Frank Matcham, in 1894, opening a year after the Tate Library next door, with a foundation stone laid by Sir Henry Irving. Brixton Theatre had a capacity of 1,504 and offered ‘serious’ plays with weekly presentations by touring companies.

A review written in September 1896 in the Penny Illustrated Paper and Illustrated Times describes the building: “The main entrance is in the tower-like front, surmounted by a cupola, facing Brixton Oval, and adjoining the Tate Free Library. The building is perhaps less impressive from without than from within, where everything is most artistic and comfortable. A spacious staircase leads to a semi-circular crush-room, and thence to the different parts of the house, which will accommodate fully two thousand people. The pit is said to be one of the finest yet devised – each row being higher than the one in front, giving every-one a complete view of the ample stage, which is cut off from the auditorium by a thick proscenium wall and a fireproof curtain that can be lowered in eight seconds.”

At Christmas the theatre would put on popular pantomimes, later in competition with the nearby Empress Theatre on Brighton Terrace. The theatre was renamed the Melville Theatre in 1940, after Frederick Melville, who ran the Theatre between 1907 and 1938, but was destroyed shortly afterwards by a high explosive wartime bomb in November 1940. 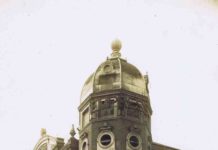 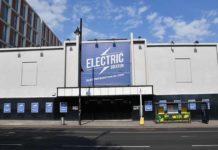 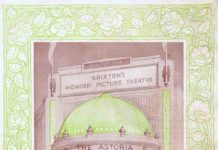 30 June, 2020
Go to mobile version
We use cookies to ensure that we give you the best experience on our website. If you continue to use this site we will assume that you are happy with it.OKPrivacy policy