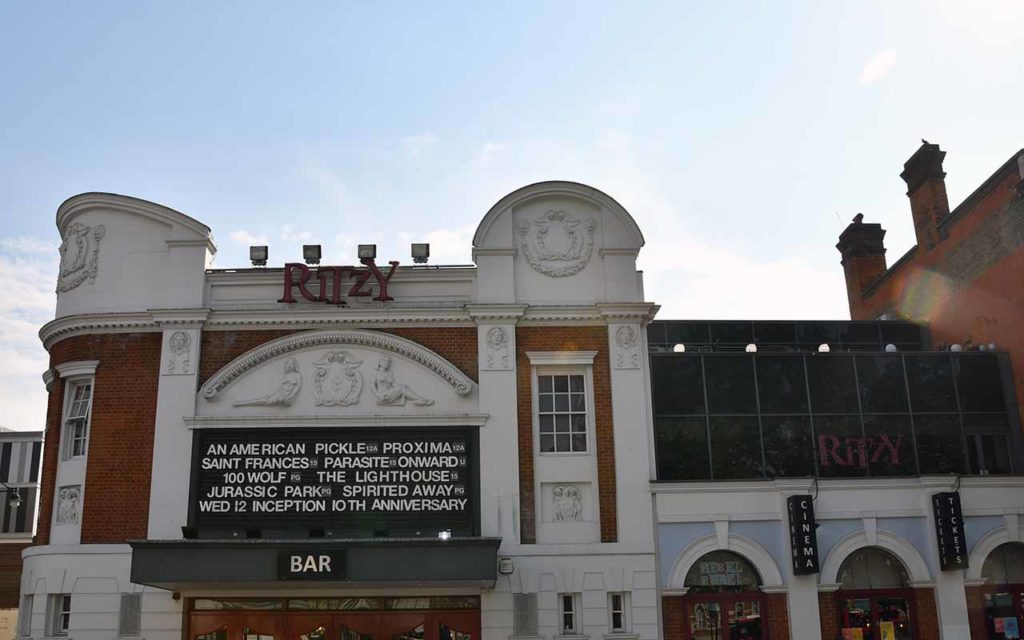 The Ritzy Cinema was built next door to the Brixton Theatre and originally opened as the Electric Pavilion in 1911. Constructed by E.C. Homer and Lucas for Israel Davis, one of a noted family of cinema developers, the Electric Pavilion was one of England’s earliest purpose-built cinemas with 750 seats, complete with an organ by the side of the screen to add musical accompaniment to the silent films.

The Edwardian cinema was enlarged in the 1990s and now occupies part of the site of the demolished Brixton Theatre. The Ritzy Cinema is the oldest Cinema in South London which is still in use today.