Brixton Brewery won the “best can range” design category in this year’s World Beer Awards, as well as several others, including a taste gold award for Electric IPA, a taste bronze for Atlantic APA, and a design gold for Coldharbour Lager.

The annual awards cover all aspects of beer from taste to marketing.

Initial designs for the brewery came from the Brighton-based Junction Studio which began life locally. But it does not stand still and organised a competition for a new design earlier this year.

This year’s judges were chaired by the renowned UK-based beer writer Adrian Tierney-Jones.

Jez Galaun, Co-founder of Brixton Brewery said: “It’s amazing to be recognised for both our designs and our beers.

“The can designs tell our story and pay tribute to so many things we love about Brixton through the details and vibrant colours.

“You’ll find all kinds of pieces of Brixton in the motifs – like the famous zigzag pattern of the iconic Barrier Block on our Coldharbour Lager label, and the shape and pattern of the railway viaduct that runs along Atlantic Road and decorates our Atlantic APA.

“Sometimes they’re a bit less literal. We’ve adopted the lightning bolt for our overall brand look, as well as for two of our beers – Electric IPA and Low Voltage Session IPA, because Electric Avenue was the first shopping street in London to get electric lighting, and of course, famous Brixtonite David Bowie is associated with the lightning bolt.

“The flavours are often inspired by our experiences around Brixton too. This feels like a win for our whole community.”

The labels were originally designed for bottles by Emma Scott-Child, then translated for cans by Emma and her husband Tom Neish’s Junction Studio, Brighton, the studio they started when living in Brixton – the couple were early supporters and friends of the brewery’s founders.

A 2017 investment from global brewers Heineken helped the founders build a new brewery on Milkwoof Road, and gave them access to expanded distribution.

Its taproom and experimental brewery is in its original railway arch home at 547/548 Brixton Station Road. 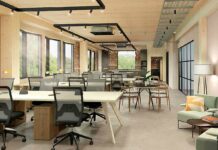