The Structure of Feeling 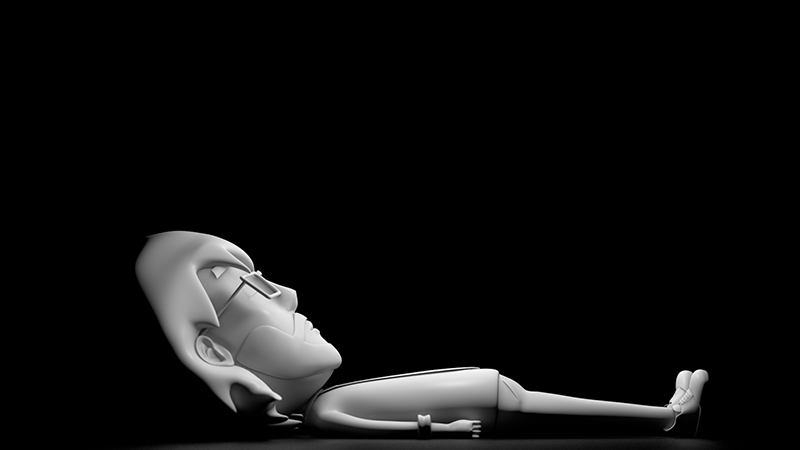 Described as a “A socially distanced journey through a desolate post-cartoon landscape”, the new solo exhibition by Andy Holden at Block 336 was built in the four weeks leading up to the COVID-19 lockdown in Britain and was never opened to the public. Instead, it remained sealed, but has now been transformed for a new era of cautionary exhibition viewing. The exhibition  has been reimagined as a behind-the-scenes tour that takes place on an “absurd, melancholic funfair ride on a socially distanced ​ghost train​”​. The journey takes you from the desert, through the woods, past a sepulchre simulacrum, stopping in the mansion​’​s haunted library, and then finally passing through an uninhabited city. Each chapter has at the centre a short, animated film, and the entire installation is interrupted by a large 3D film that starts every ten minutes when the space is plunged into darkness.

The ride takes 40 minutes, with carts departing every 5 minutes. Tickets are booked for allocated slots, available on the hour. The ride is fully accessible for the disabled, either using one of the accessible customised carts or alternative modes of mobility.

To book online go to ​www.block336.com 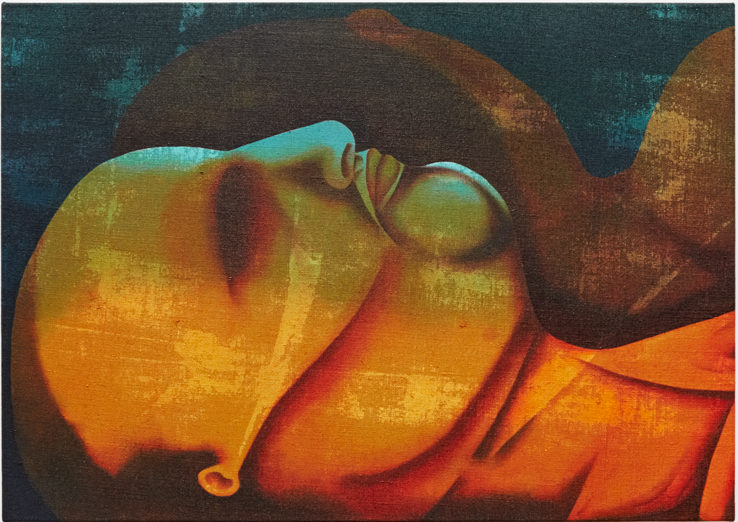 The Sleepers​ is an exhibition of new paintings by Tom Worsfold, extending the artist’s focus on the body as site. The works are painted on raw flax and luminous surfaces are carefully built up in layers of acrylic paint. Using the rough and grainy fabric, Worsfold has developed more simplified compositional structures, depicting monumental and melancholic figures that gaze through muted, hazy tones downward at their sculpted bodies.

The works draw on the ways the body has become a project to be continually worked on. The figures in Worsfold’s new paintings, however, express a sense of anxiety and alienation that is not merely a 21st century condition.

Tom Worsfold​ is currently based in London. He studied at the Royal Academy Schools and the Slade School of Fine Art and has exhibited widely across the UK and internationally.