We owe musicians, promoters, venue owners and their staff our gratitude and support, says Dave Randall

Midwinter it may have been, but the start of the new decade could not have been much hotter for Brixton’s live music scene.

Our reputation as the go-to neighbourhood for music lovers has spread far and wide. On 7 January Los Angeles based Grammy award winning artist Thundercat dropped into Pure Vinyl’s Straight Pocket jam session to lay down some serious funk grooves.

He tweeted: “Some of the most authentic Chicago blues I’ve heard in a long time. Ladies and Gentlemen, Brixton’s own Errol Linton…” before agreeing to join the band for three numbers. So impressed was the American axe-man that he invited Errol to Abbey Road Studios to blow some harmonica on his new record. Congratulations Errol – the recognition is richly deserved. 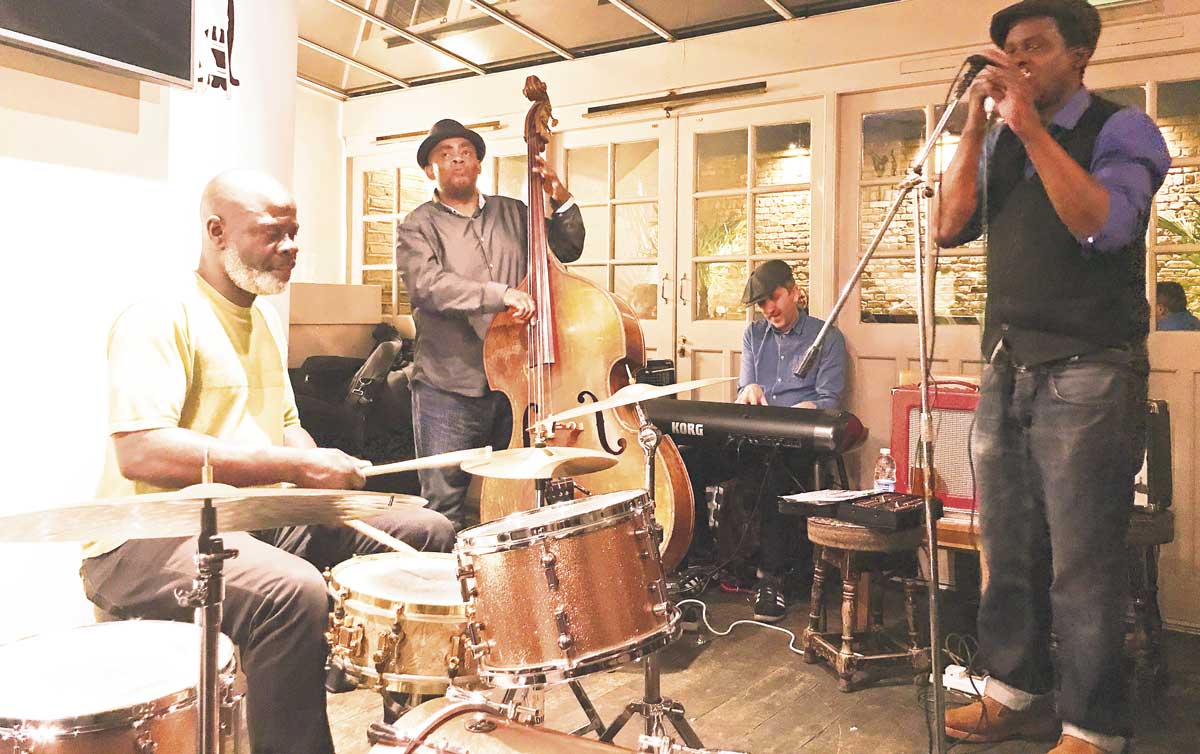 Go see him every Wednesday at the Effra Hall Tavern, where he is usually joined by Petar Zivkovic on piano, Kenrick Rowe on drums, Ritchey Green on guitar and Lance Rose on bass (who we get to know in this month’s Brixton Hi-Five).

Next came the raucous re-launch of the recently refurbished Upstairs at the Ritzy. The venue has long acted as a community hub and with Bectu (trade union) calls for a customer boycott of the Ritzy now lifted, the Blog is pleased to be able to celebrate the place once again. Yabba Funk got the party started and DJ Aquila kept the dancefloor filled with some sublime afro-house.

Meanwhile, The Windmill marked Independent Venue Week with a series of gigs from rising stars including local post-punk sensations Goat Girl. As if all that’s not enough, January even saw a turquoise-haired Japanese avatar called Hatsune Miku whip the Brixton Academy into a glow-stick waving frenzy with her virtual brand of J-pop and dance.

So let me ask you, what other neighbour-hood offers such a smorgasbord of musical delights? Where else does a plethora of bustling independent venues bring such pleasure to so many diverse people? Town planners, politicians and other people of influence take note … Music is the life-blood of this unique area. We owe musicians, promoters, venue owners and their staff our gratitude and support.

What delights, I hear you ask, are on offer in February? As ever, far too many to cover comprehensively in this short column. Let me choose just two, both of which keep the heat turned up by reminding us that across the world this is carnival time.

Movimentos bring Brazilian carnival vibes to the Hootananny on Saturday 22 with sounds ranging from samba of the blocos of Rio to contemporary bass heavy scenes. The headliner is Brazilian singer-songwriter Aleh Ferreira, best known as the frontman of legendary Brazilian funk band Banda Black Rio.