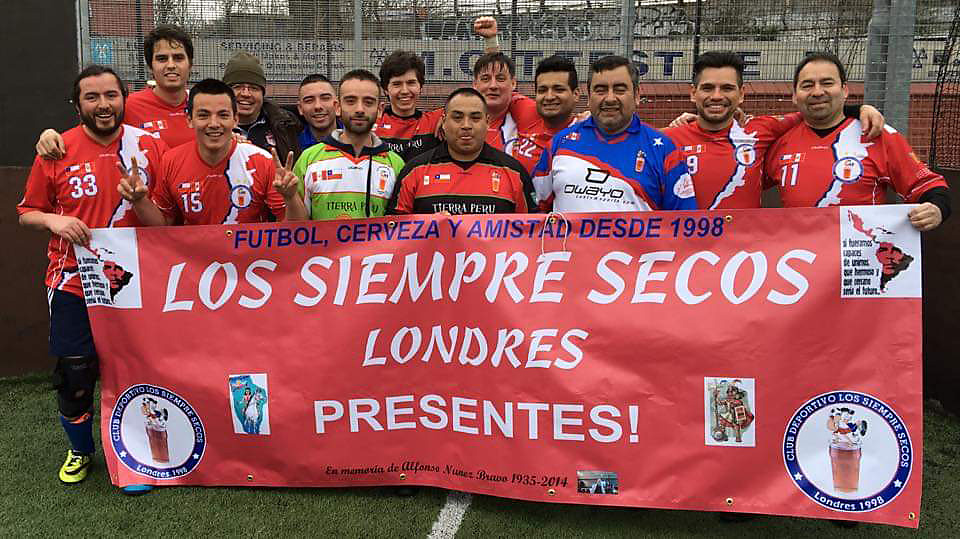 For nearly 20 years, the Duke of Edinburgh pub in Brixton has provided a welcome home to a South American football team steeped in history.

Los Siempre Secos football club was founded principally by Chilean refugees who arrived in London in the mid 70s, fleeing the brutal military dictatorship of General Augusto Pinochet who overthrew the elected socialist government of Salvador Allende in a coup in 1973.

Pedro Alejandro, one of the organisers of the Brixton-based team which was formed after a group of players branched off from the Latin American League in Clapham, arrived as one of these refugees in 1976.

As with many of his compatriots, he found solace in South London and, more specifically, in football. He says: “It was something very important, it got us together and it was good for the mind and body. We also used to play with other people from other backgrounds which helped us to integrate.” 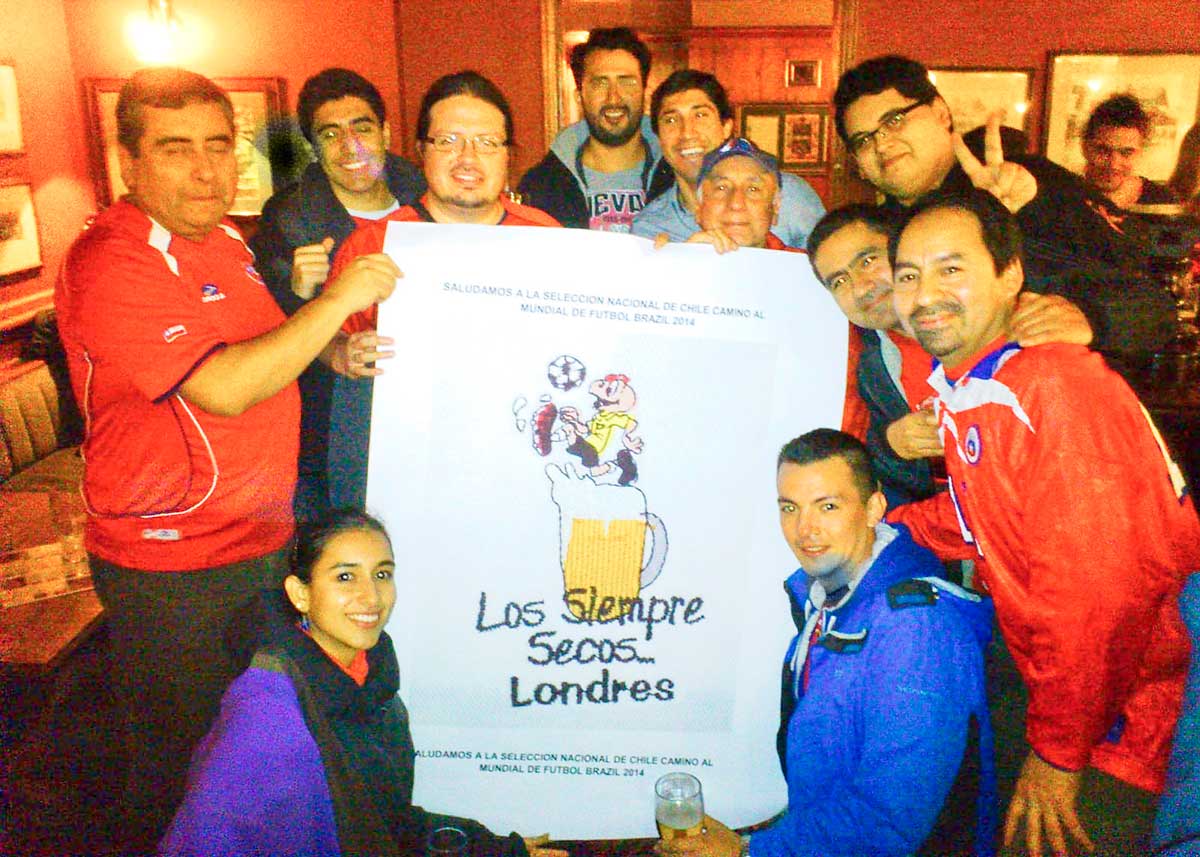 The football club started off as a kick-about with friends followed by some beers, which they refer to as the “El tercer tiempo” or the “third half” and since evolved into a competitive London side.

After going to several pubs in the area, they settled in the Duke of Edinburgh pub just after the turn of the century which has subsequently provided more than post-match refreshments.

Pedro explains: “The Duke of Edinburgh has throughout the years supported us by giving us a space and sponsorship.

Indeed, the pub has hosted the club in the past for Chile’s National Day on 18 September that celebrates independence from Spain in 1810.

Pedro says: “They let us have a large section of the pub for the day. Many English guys came here with ponchos, it was fantastic.”

Pedro, who was born in Concepción, Chile, recalls that it was during one of the “el tercer tiempos” in 1998 that their eldest member, Carlos Benavides, christened the group Los Siempre Secos, ironically meaning “the teetotallers”. 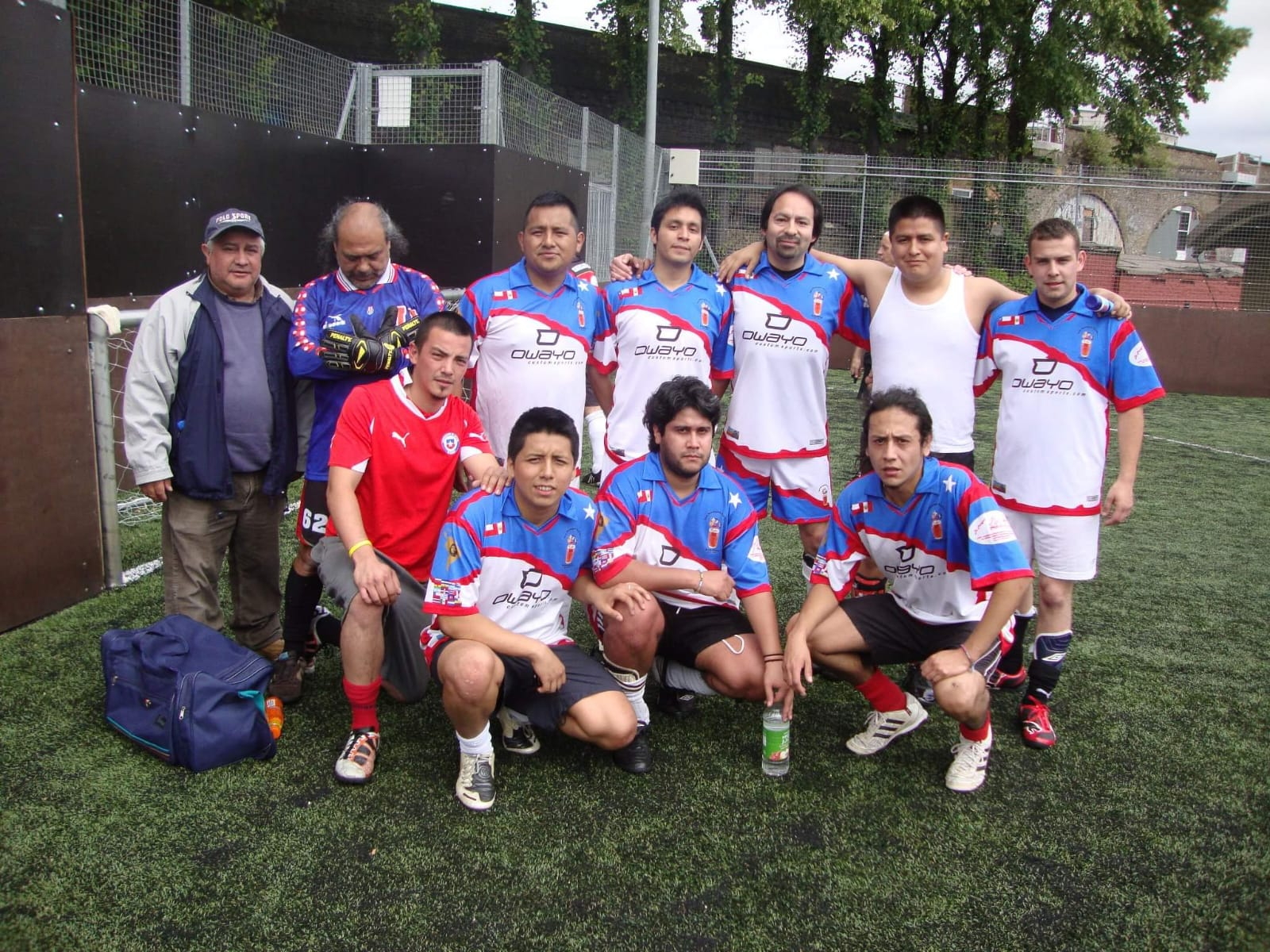 The club’s members pride themselves on their diversity, which is expressed in their current shirt. “When we started it was a Chilean group, and then the Peruvians starting coming and we made it into a Peruvian/Chilean team. The shirt has reflected that for a long time as we have the two flags together.

“Relations between the countries have never been very good and they have always been very dismissive of each other, but we make sure that doesn’t happen. We are all integrated and everyone has a voice.”

Pedro says uncertainty about politics and society in Chile and Peru have affected members to differing degrees: “We are an eclectic group of people so it hasn’t affected all of us. But in terms of all the Chileans, we are very worried about what is going on and what it will mean to our family and our country.

“The Peruvians are particularly supportive because they have gone through similar things in their country too.”

The side, which plays either five or seven a side, also has Colombian, English, Jamaican, and Polish representation. Their most talented player is from Algeria and used to play for the Charlton Athletic academy side, whilst Paolo, who is from Peru, is currently captain. “He has put together a really good team this year,” says Pedro. Los Siempre Secos have won the last three tournaments they have competed in, including the mixed tournaments where each team fields at least three female players at any one time.

The Clapham Latin American League was founded by Chilean Gastón Ávalos in 1980 and was helped by Lambeth council. 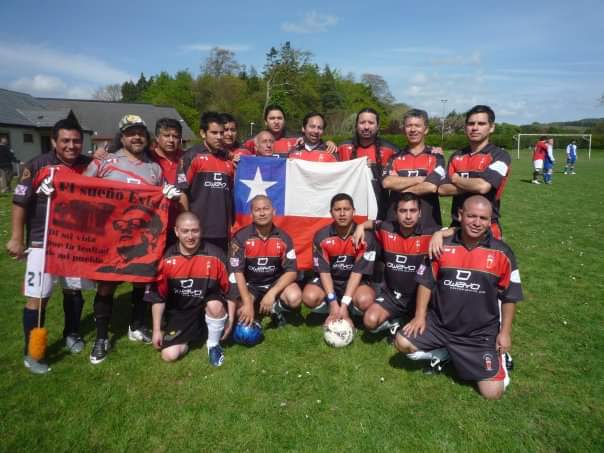 That league is still going strong, says Pedro, albeit with very few Chileans these days. “This reflects London’s diversity and the arrival of more numerous Latin American communities than ours and the inclusion of many British and African footballing friends further added to this,” he says.

Each year, the organisers of the club set up football tournaments which are normally held for a specific reason, such as raising funds for a cause, paying homage to lost loved ones or natural disasters that have affected their native countries.

“There is always a reason,” says Carlos Benavides, who was 20 years old when he arrived in London.

Pedro, who identifies as Mapuche, an indigenous people predominantly living in Chile and Argentina, is also a passionate Chelsea fan.

He is also a supporter of the east London club Clapton FC, proudly wearing their colourful away shirt which pays homage to the second republic in Spain – another socialist government overthrown by a military coup, this time the dictator was general Francisco Franco.

Pedro sums up not just the cultural enrichment the members of the team provide to the pub but to the whole local area in a simple yet accurate way: “We bring diversity and we are historical.”