As Brixton prison marks its 200th anniversary, Steve Powdrill considers the changes it has seen 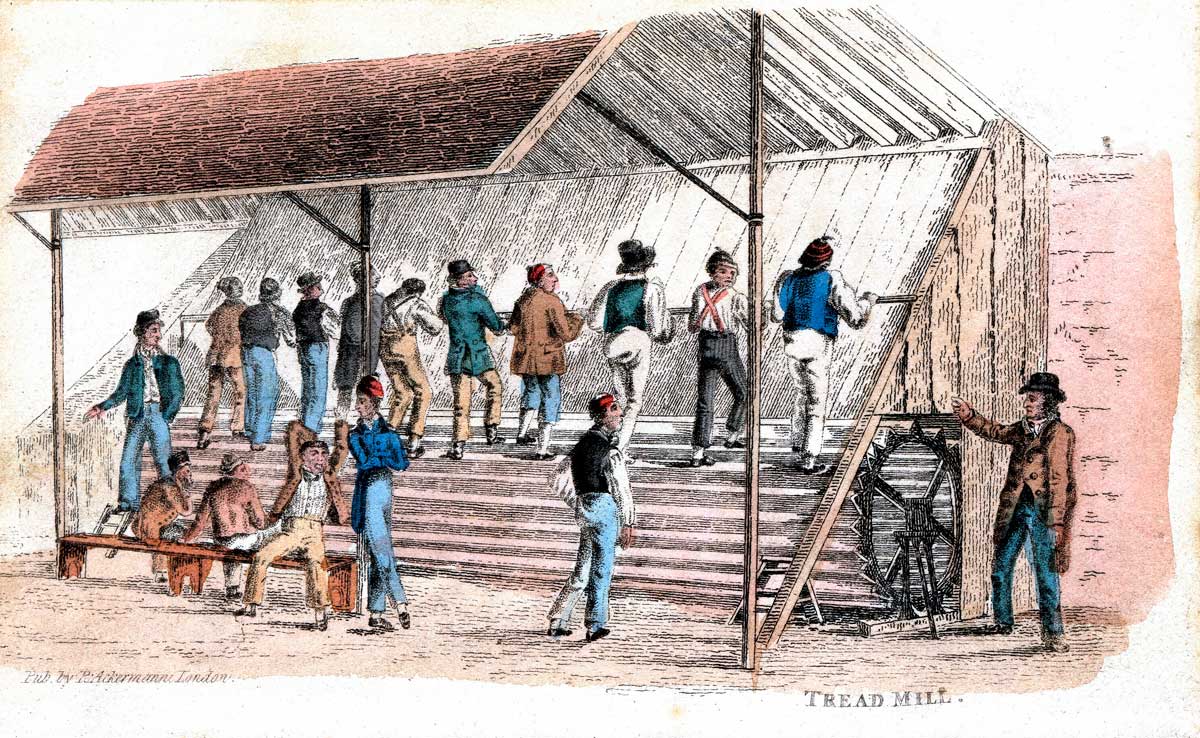 At 5:30 each morning, men, women and boys held at Brixton Prison would be marched over to what they called the “shin-scraper” – a tread-wheel powered by humans.

The contraption, which ground flour for the prison bakery, was commissioned by local magistrates as a managerial tool. They claimed the punishment would make time spent behind bars more productive and prevent “idle loitering around”.

The reality for those powering the dreaded treadmill – the first in the world, but adopted across it –  was a lot bleaker. People were thrown off the gigantic machine, bones were broken and many deaths were caused unnecessarily.

Despite the barbarity, prison governors at the time might have argued this exercise gave prisoners “purpose’. Of course, this was in the Victorian era and prisons have changed dramatically, as detailed in Chris Impey’s fantastic new book, The House on the Hill – London’s Oldest Prison.

It follows HMP Brixton through an eventful, and at times tumultuous 200 years of history and reiterates the question he says those in charge of prisons tried to answer for centuries: “What to do with people once they are behind bars … are they to be punished beyond their loss of liberty? Or should they be offered opportunity to change?’

Today, purposeful activities on offer within prisons could not be more far removed than the terrible tread-wheel.

Further, in Justice Secretary David Gauke’s first major speech on prison reform, he stressed the need for “rewards and incentives” for those in prison, to spark motivation for change and to prepare individuals for life after release. This would reduce crime levels, by lowering the chance of re-offending.

After reading his book, I spoke to Chris Impey, who feels charities that work with prisoners on employability skills have a big part to play in changing lives in prison and after release.

“It’s the charities that go into the prisons that really offer a boost to the men and women inside. Often, they are ordinary people who have made a mistake and are disadvantaged – but they’re ordinary people. We have to think about how we want them to be when they come out of prison.”

Impey worked for PRA (Prison Radio Association) while writing his book and the charity focuses on vocational training and support in the art of radio programming. Their station, National Prison Radio, is co-produced by prisoners and is listened to by 76% of those behind bars. It provides an invaluable source of company and contact with the outside world for many, with the average listener tuning in for over 10 hours a day.

PRA was established as a charity in 2006 and one of their first radio channels was Electric Brixton Radio, now re-named ‘Brixton Calling’. Their CEO, Phil Maguire OBE, says prison radio has “revolutionised communication within prisons”.

“Before prison radio existed, the main way the prison service got messages out was through posters and leaflets … an awful lot of residents struggle with reading and writing, so sending leaflets wasn’t efficient for getting sensitive information out there.”

Despite stellar efforts from charities like PRA, there is no doubt prison can affect lives long after a custodial sentence. Finding secure employment remains a struggle for many, with statistics showing 75% of employers discriminate against those with a criminal record.

Seeking to bring this number down is Bounce Back, a charity working alongside HMP Brixton and other prisons nationwide. Their work involves training prison residents in construction industry skills for employment after they’re released. Whilst educating inmates remains their central goal, CEO Francesca Findlater says much of their work actually involves educating companies on the benefits of employing ex-offenders.

“There is a level of ignorance and naivety, but also company policy. Companies often ask for DBS checks or say ‘We can’t take people with a criminal record’. We work with other organisations and spend a lot of time speaking to employers, to try and change hearts and minds in terms of policy and what is possible.”

As well as PRA and Bounce Back, HMP Brixton also supports culinary talent, with many residents in the prison getting involved with either Bad Boys Bakery – which made headlines in 2012 after featuring on Gordon Ramsey’s show Gordon Behind Bars – and The Clink. Situated right on Jebb Avenue and open for bookings.

The Clink operates as part of the Clink charity, which runs ­prisoner-staffed restaurants across the country. Staff are trained in all aspects of the hospitality industry to ensure they have the skills needed to find employment after release.

The Brixton Clink has been particularly successful, sitting with the Top Ten London restaurants on TripAdvisor, and serving up classics like chicken supreme, carpaccio of venison and tarte tatin.

HMP Brixton also runs a social media project called Penned by a Prisoner (@HMP_Brixton). Run via Twitter, it gives men living in HMP Brixton “the opportunity to share their views with the community outside”. Whether it’s a poem, fiction or a short thought piece, Twitter followers can leave comments which will be shared with the writers. In this way, the work serves as a vital source of communication between prison residents and the local community.

After many decades of uncertainty, the HMP Brixton now is a category C/D prison, focusing on training and resettlement and sitting on the lower end of security measures.

Chris Impey writes in his book: “It has found its niche as a local prison … it is as much a part of the community as a hospital or school. The town of Brixton would be the worse without it.”

He is right. There is no doubt HMP Brixton on Jebb Avenue, and its associated charities, play an important role in our community.

Through the services the prison residents provide – cookery, entertainment, painting, decorating and more – locals in Brixton will have interacted with prison residents without knowing it. Yet the training and education they receive would not be possible without the dedication of charity staff and donations from the public.

Please get involved if you would like to donate to one of the mentioned charities in time for Christmas, or send an encouraging message via the Penned by a Prisoner Twitter page.

I’m told by organisers that little gestures like this can mean the world to the men living in Brixton Prison.

Brixton and the £30,000 salary immigration threshold

Only half of women in Brixton Hill feel safe walking at...