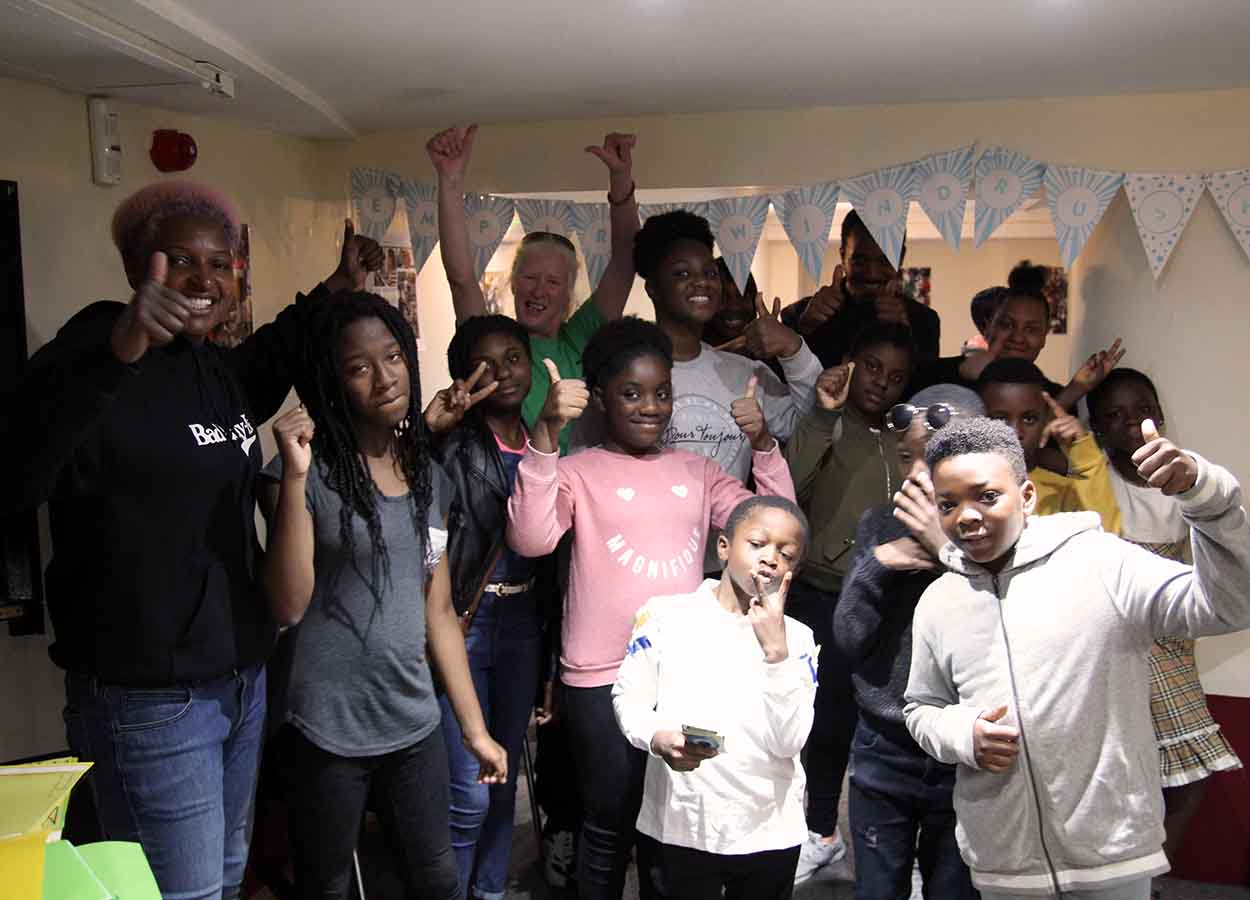 Exploring Windrush was a 3-week summer camp for young people run in collaboration by SGS and Brixton Wings.

Young people aged 6 – 15 years old researched Empire Windrush, from the physical journey by boat, to the search for jobs once they arrived, to the tales that the streets of London were paved with gold. Each student found an individual’s story and used this as inspiration to produce lyrics for a song.

The showcase took place at Brixton Wings and displayed the drama, art and music (included pop style ballads, hip hop and rap) the students had been working on. The young people performed to the small audience and had produced consistently powerful, thought provoking and emotional lyrics in response to their research.

The students showed support for each other and when one girl, who arrived in Brixton 3 weeks ago from Nigeria, preformed acapella, they joined in producing a beat for her by alternating claps and clicks. A young man involved in the project announced, “Nice one guys – that one is going to be a hit!” after hearing someone else’s rap.

Brixton Recording Studio has helped the students professional record their songs for an upcoming EP and each student has painted a canvas that will make up the cover artwork.

Bad LayDee who worked as vocal coach and confidence mentor told the audience: “We see many negative news stories about black young people, but these children have come here consistently and dedicated their time to learning about past generations… In one of the workshops some of these students said they haven’t experienced racism. How amazing is that!”

Medg Sullivan who runs Brixton Wings said: “For 10 years we have been providing music, academic support and sports for young people from disadvantage backgrounds living in this community, particularly the Angell Town community and surrounding estates. You can see from our children what a diverse local community we have here.”

Both charities aim to empower young people through music: Brixton Wings caters for young people who would not otherwise be able to access extra-curricular opportunities focused on music and sports. School Ground Sounds (SGS) believe in the benefits of music-making in all aspects of school life and beyond, from academic achievement to improved personal and social development. Exploring Windrush was a collaborative project funded by BBC Children In Need.

Sign up to the Big Sleep Out and support Big Issue...