Caribbean Takeaway Takeover, a pop-up art and sound exhibition about the stories of Windrush Generation elders, is now open at the Migration Museum in London and will run until 30 June, writes Ethan Delcroix-Jones.

The exhibition will coincide with the annual celebrations on 22 June, Windrush Day.

Created by black British artist Everton Wright (Evewright), it is based on a 2018 installation originally located in the only Caribbean-owned takeaway in Colchester, Essex. The artist dedicated the exhibition to his mother, Clarice Reid, who is one of the Windrush elders who tells her story in it. Evewright says that the objective of the project was to make an engaging installation in an informal setting owned and controlled by the Caribbean community.

The mayor of Lambeth, Ibrahim Dogus and the mayoress of Lewisham, Barbara Gray attended and gave speeches at the exhibition’s launch night.

Evewright said, “Art is a good way of ensuring the stories of these pioneers from the Windrush Generation are remembered. Their presence has left a legacy and impact on future generations and British society as a whole.”

The exhibition will take over the Migration Museum’s Breathing Space Café for one month, with a Caribbean activity day and spoken-word event planned for Windrush Day. It will feature photo etchings of 12 Windrush Generation elders, along with audio interviews and recordings of them.

The Caribbean takeaway acknowledges the importance of the kitchen as a meeting place for the Caribbean community. Organisers say, “A home from home, the kitchen is where meals are prepared, but also where stories are exchanged and shared. It has just as much cultural importance as the barbershop and the hairdressing salon for black communities living and working in the UK.”

One of the Windrush elders who took part in the project said, “This is an excellent idea to keep history alive. Black people need to know where they come from, to help them to move forward.” 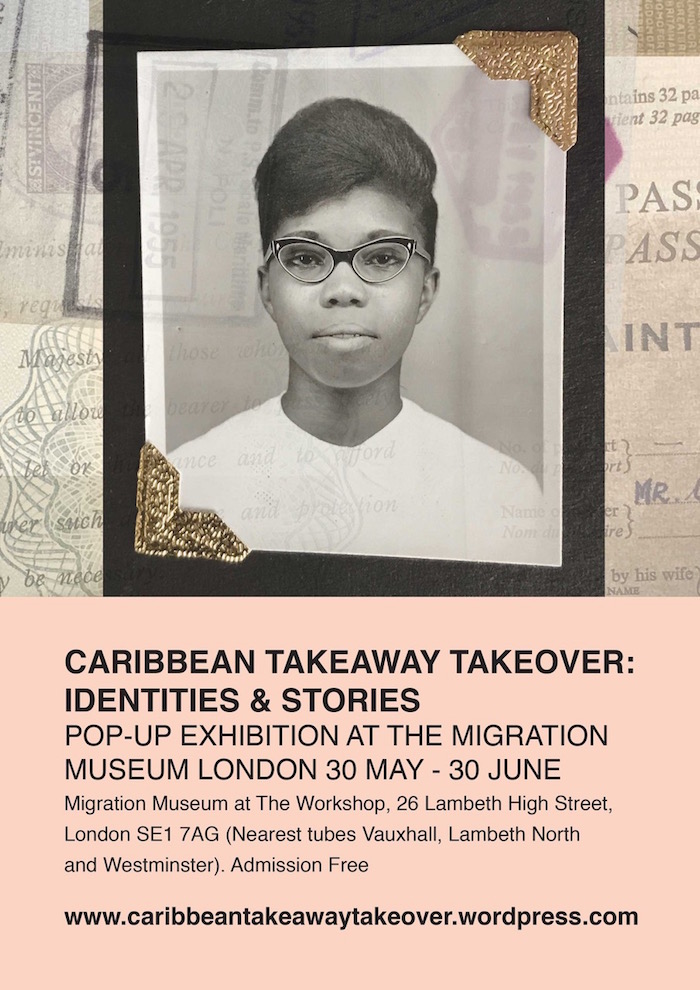 The project is in partnership with the Migration Museum and supported using public funding by Arts Council England.

Brixton ‘Take your Gran for a Can’ fundraiser for Age UK...