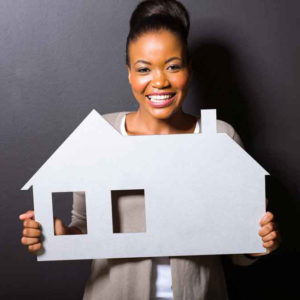 As the UK celebrates the 70th anniversary of the arrival of the Empire Windrush, an historic Jamaican building society is celebrating 140 years of helping people of Caribbean origin to buy their own homes and manage their savings.

The Victoria Mutual Building Society (VMBS) first opened its doors in 1878. Its founders were group of clergymen led by then Rector of the Kingston Parish Church, Reverend G.W. Downer, and they shared a vision of “meeting the needs of the deserving thrifty”. The founding fathers had a goal of finding a way to partner with industrious but financially excluded Jamaicans, to assist them with savings and home acquisition.

What Is A ‘Mutual’ Society?

Now better known as building societies, a ‘mutual’ society is actually owned by its members. The pooled savings of all the members help to fund mortgages for other members, while property assets provide security for the savings. So the saving and lending is ‘mutually’ shared in support of each other.

As there are no dividends to pay to shareholders, the idea is that mortgages may be offered at cheaper rates and savings can earn higher rates of interest.

Today Victoria Mutual remains committed to empowering its members globally in acquiring their own homes and achieving financial independence by providing innovative solutions and partnering with communities to improve their quality of life. 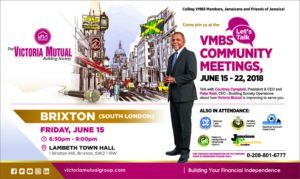 They will be engaging with VMBS Members, Jamaicans and friends of Jamaica, as part of a UK series of community meetings where they will share news on how VMBS is innovating ways of serving members better, as well as providing information on investment opportunities in Jamaica.

Also at the meetings will be representatives from Jamaican Government agencies, including the National Land Agency, the Jamaica Customs Agency, the Registrar General’s Department, the Jamaican High Commission and the Passport, Immigration and Citizenship Agency.

This VM President’s tour from Jamaica to the UK is also to coincide with the Windrush 70th anniversary celebrations – a significant milestone for Jamaicans and other people of West Indian heritage.

The troopship Empire Windrush arrived at Tilbury Docks, Essex on June 22, 1948, bringing workers from Jamaica and other Caribbean islands to meet the post-war labour shortages in the UK. The ship carried 492 passengers – many of them children. Those who arrived in the UK between 1948 and 1971 have become known as the Windrush Generation.

As executives of a group with a history of its own and one which has served many members of the Windrush Generation and their families, Mr Campbell and Mr Reid will be participating in the 6th Biennial Jamaica Diaspora Conference, on Saturday 16 June in Leeds. Its theme is ‘Staying Power: 70 Years of the Windrush Jamaican Diaspora’ and will focus on this landmark anniversary and the remarkable achievements of the generation of pioneering West Indians who changed the course of both British and Caribbean history.