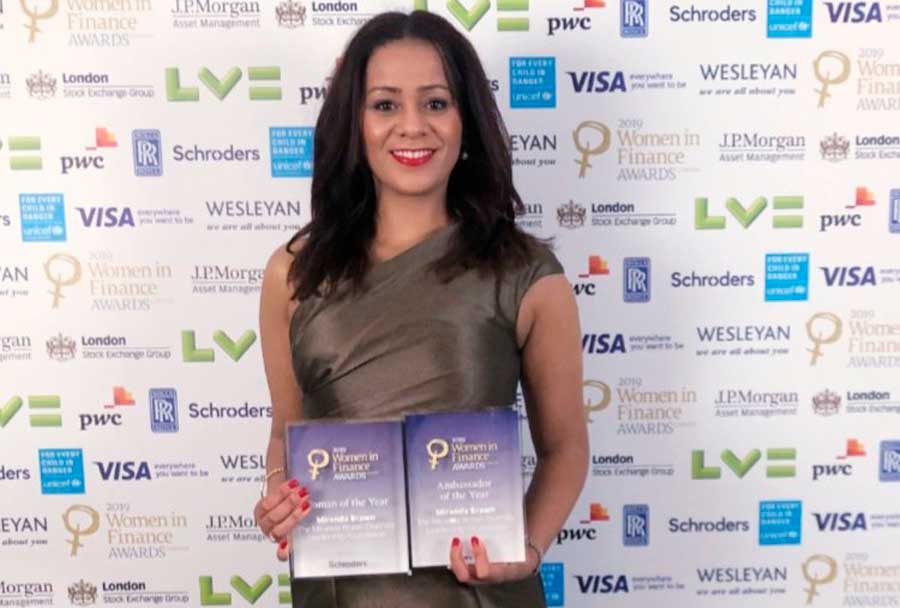 Lambeth equality commissioner Dr Miranda Brawn won two awards for outstanding achievements at the fifth annual Women in Finance Awards held on 26 June 2019. The award recognises high-achievers, advocates, and role models for women in the sector and is one of the most prestigious in Europe in promoting diversity.

Dr Brawn’s two awards on the night were Ambassador of the Year and the main award of the night Woman of the Year. The awards are in recognition of her work in the finance industry and in promoting and encouraging diversity through the work of the Miranda Brawn Diversity Leadership Foundation. The charity offers scholarships to empower women and young people from black and minority ethnic communities. Applications are open until 1 August and you can find out more here.

She said: “I am delighted to be recognised for my diversity work across all strands including gender and my contribution to the finance industry over the past 20+ years. Last year I was a finalist for the Banker of the Year Award and Lawyer of the Year Award hence it is wonderful to win two this year. Ambassador of the Year and the main big one of the night – Woman of the Year!”

The awards recognise her work with The Miranda Brawn Diversity Leadership Foundation, a multi-award winning charity.

“Our work includes 40 scholarships this year (including Women Empowerment) and has impacted on nearly 50,000 young people.

“Our scholarships are not just about funding, work experience and mentoring. We offer networking opportunities and teach you how to fish in the real world! Our winners have met royalty like HRH Prince Charles, HRH Countess Sophie Wessex and of course the Speaker of the House of Commons Rt Hon. John Bercow MP plus many many more top UK leaders across different sectors. Get the young person or yourself to apply for our scholarships by 1 August 2019!”

“I would like to thank everyone who supports our work and to everyone who has helped me in my financial career thus far including my parents and one of my mentors who sadly passed away last month Mr Robin Saunders.” 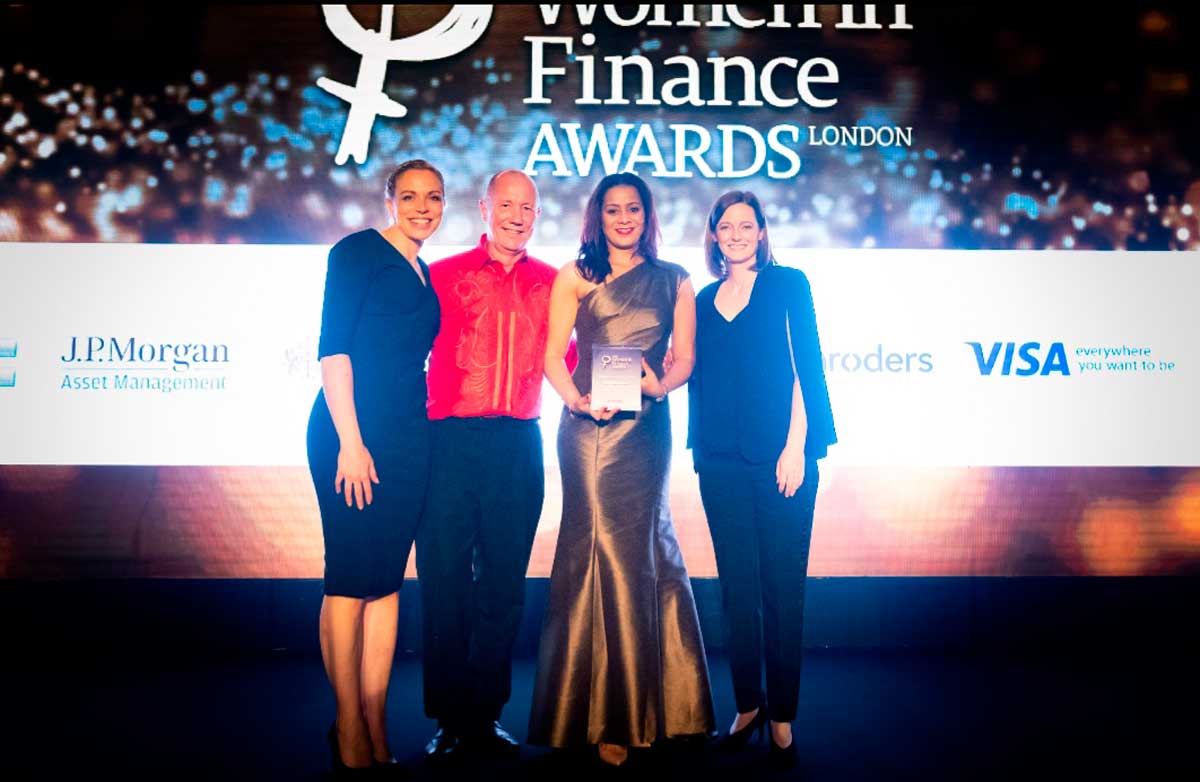 Six hundred leaders and advocates in the finance sector gathered at the Women in Finance awards held at Grosvenor House in London to celebrate the achievements of 130 finalists out of over 400 nominations.  Those nominated were from a broad range of sectors, including financial services, corporate law, banking, and accountancy. The event helps to identify much-needed role models and raise awareness of the need to diversity the talent pipeline and narrow the pay and promotion gender gap.

Women leaders in the financial services sector globally remains stubbornly low at 12% – despite a sizeable number of organisations claiming to have diversity initiatives.

Organisers said stereotypes surrounding the types of roles available in the finance industry have played a part in discouraging women to enter the workforce. The Women in Finance Awards series aims to tackle this issue and redress the gender imbalance, by showcasing the achievements of women in the sector and identifying new role models. The Awards are organised by http://GrowthBusiness.co.uk , consumer investment magazine What Investment, and BonHill Group plc.

Presenting the ceremony were Kate and Helen Richardson-Walsh gold medalists in field hockey for England in the 2016 Rio Olympics.

Tania Ferreira, senior conference producer at Bonhill Group plc, said: “The professionals being honoured at the Women In Finance Awards are innovators, real game changes and they are invaluable assets to their organisations and to the industry. They are the role models that will inspire the next generation of female professionals.”