Brixton was the first port of call for a United States domino team on their recent visit to Britain to play an international series with Britain.

The Brixton Immortals domino team, based at their club on Coldharbour Lane, are current UK champions after an unbeaten run last year.

They hosted a welcome ceremony and warm-up games.

The series was organised by Jermaine Wright, a member of the Immortals, who also supplied several members for the UK team, which was captained by Clapham Eagles’ Marva Grossett.

It had elements of a grudge match. Against their expectations, the US team lost to the UK during a five-way international tournament last year and they were looking for revenge.

Unfortunately, that was what they got in a four-match series with two played in Crystal Palace and others in Peckham and Wolverhampton.

The UK team, sponsored by the Jamaica-based Victoria Mutual Building Society, got off to a good start but were overhauled.

This will not be the last match between the two sides as more internationals are planned.

Brixton’s Immortals, though, remain unbeaten in the Anglo-Caribbean Domino League.

Any players who would like to try their luck against an Immortal will have the chance on Windrush Day, 22 June. When they will be playing outside the Black Cultural Archives on Windrush Square.

The club is also planning to raise the UK profile of a game that has been a way of life in the Caribbean.

Playing is certainly good for the brain, concentration and maths skills. And, if darts, for instance, is a recognised and televised sport, why not dominos? ask members. 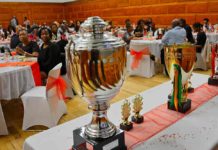 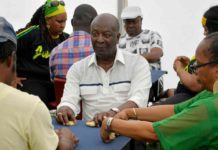 Bookmongers to re-open next week