Mandela The Official Exhibition is in its last week and ends on 2 June. It explores how each stage of Nelson Mandela’s life shaped his journey to become the globally recognised face of the anti-apartheid struggle and South Africa’s first Black president. One family of South African heritage Gerry, Ann, Rosa, Ben and Aoife made the journey. Here’s what they have to say.

A visual and interactive exhibition which would appeal to all ages.  It was very moving. There are lots of photos and videos of Mandela and of the horrendous nature of Apartheid South Africa, and of anti-Apartheid activities from around the world. 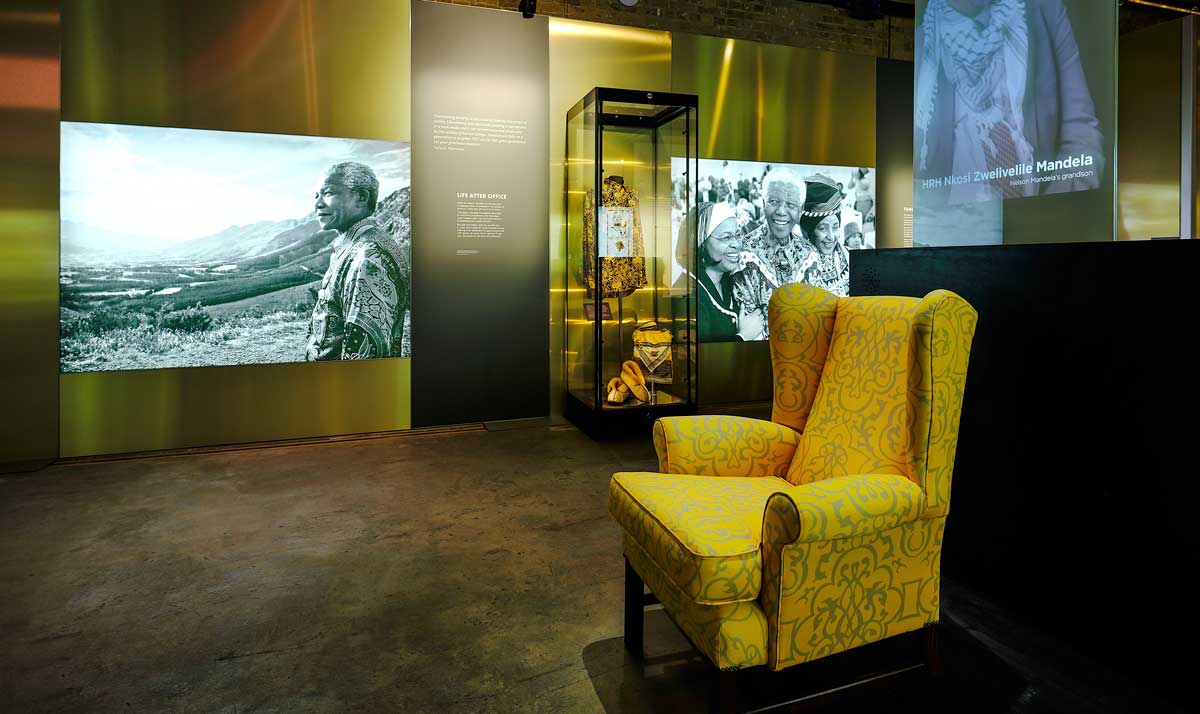 The concept of a chronological journey through Mandela’s life through the underground vaults in this unique space – underneath Waterloo Station – is both visually and emotionally engaging. Audio speeches and objects like the original key from Robben island, along with the use of light and shadow to depict Mandela’s prison cell is very effective.

It was interesting picking up a phone and listening to a conversation between Mandela and one of his comrades before he was caught. And sitting on a bench for “Europeans only” from where you would look at the exhibition and see the horrendous nature of Apartheid South Africa.

There are photos of Mandela as a school student, a lawyer and a political activist and others that cover his time in prison, his release, his presidency, and his activities on the world stage – including a picture of him in a horse drawn carriage with  the Queen in London. 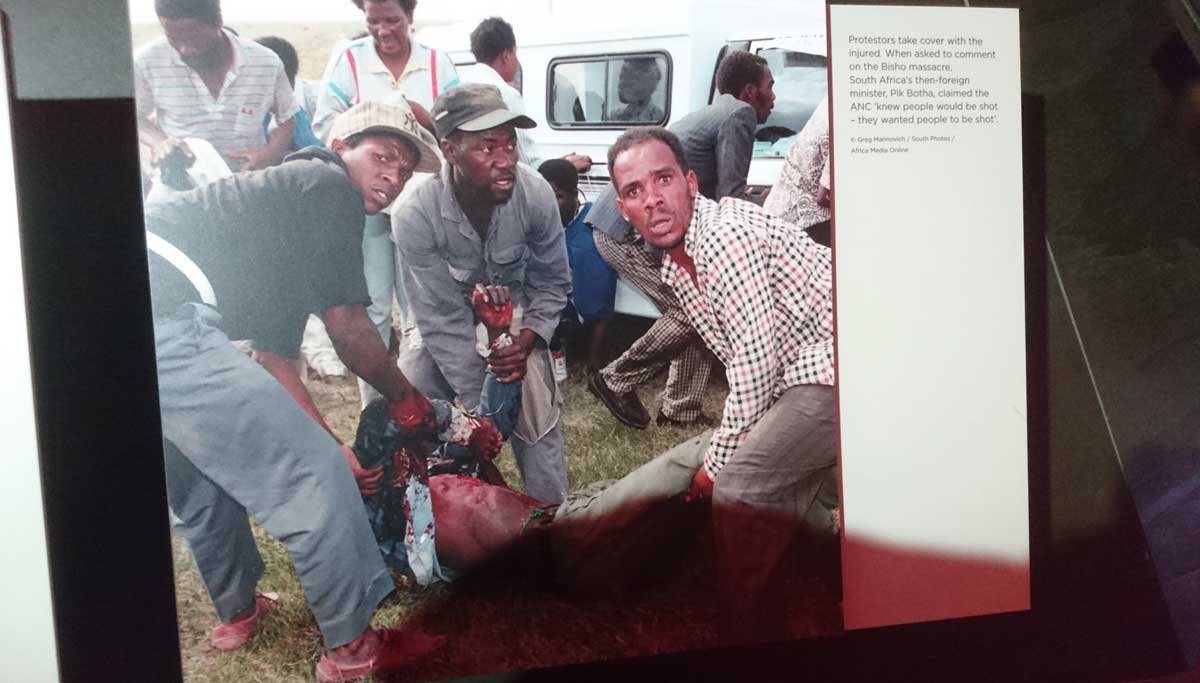 Other images are of the struggles of Africans and non-Africans against the Apartheid regime, including the Black Sash Women’s movement – a mainly White women’s movement in South Africa.

Many show the brutal response of the Apartheid regime to these demonstrators.

Other areas of the exhibition cover the anti-Apartheid movements abroad: including  the protests against the Springbok rugby tour of Britain in 1970 which involved Peter Hain – now Lord Hain; and interviews with musicians and videos of the concerts held to support the anti-Apartheid struggle.

Videos of Mandela include – him speaking at his trial, and of his release from prison, and subsequent speeches as president and after his presidency.

An interactive exhibit we found most interesting was on the farm called Lilliesleaf, in the Johannesburg suburb called Rivonia. This was the very large and impressive farm house where leading members of ANC met secretly to plan their activities. One of the workers became a government informer and that is how Mandela and the rest of the ANC leadership got arrested.

The exhibition also features a type of prison cell that Mandela was in on Robben Island. Robben is the Dutch/Afrikaaner word for seal.

Go to www.mandelaexhibition.com and use the code BCA1250.

Each ticket purchased with this code gives a £1 donation to the exhibition’s partner, The Black Cultural Archives.

Mandela in a new light