A former Brixton teacher, David Horsley, has researched and published the story of a remarkable and often overlooked figure in British Caribbean history.

Billy Strachan was an RAF pilot, a qualified barrister and an author. He was also an active member of the Communist party which, David speculates, may account for him joining the many other inspiring Caribbeans who are, so far, ignored or overlooked by conventional histories of Britain in the 20th century.

Born to a relatively well-off Black family in Jamaica, he sold his possessions to pay his way to London to fight for Britain in the Second World War.

He became an RAF pilot, despite a serious crash in training. He also survived 33 bombing missions over Germany – an unusually high number. Only one in four bomber crew members went through the war without being killed or captured.

After the war Billy Strachan returned to Jamaica where he encountered the prejudice and injustice that faced all non-whites there.

He returned to Britain in 1947 to fight politically for justice and liberation. But he also took care, with his wife, of three sons and studied law in what little spare time he had, qualifying as a barrister in 1959.

He welcomed and advised many of the Windrush generation immigrants

David Horsley, who taught in Brixton and developed his interest in Caribbean history through a teacher exchange with Jamaica, based his brief life of Strachan on conversations with family members and people who knew him, as well as a long recorded interview that is held by the Imperial War Museum in Lambeth.

There is only one known appearance of him on film. It is available via YouTube at https://youtu.be/A2VyKtfByXk in a newsreel which also has footage of Somerleyton Road, Brixton market and Coldharbour Lane in the fifties. He appears at about 3.50 minutes.

To obtain a copy of David Horsley’s pamphlet, email him at ukdavid.d@gmail.com. It costs £2, £3 if posted. 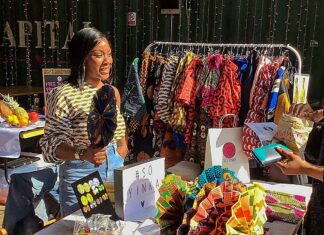 South London local Jenine Baptiste is founder of the Black Culture Market – two days to celebrate and support Black businesses. It will be hosted...

Help Pearl return to Brixton with a donation