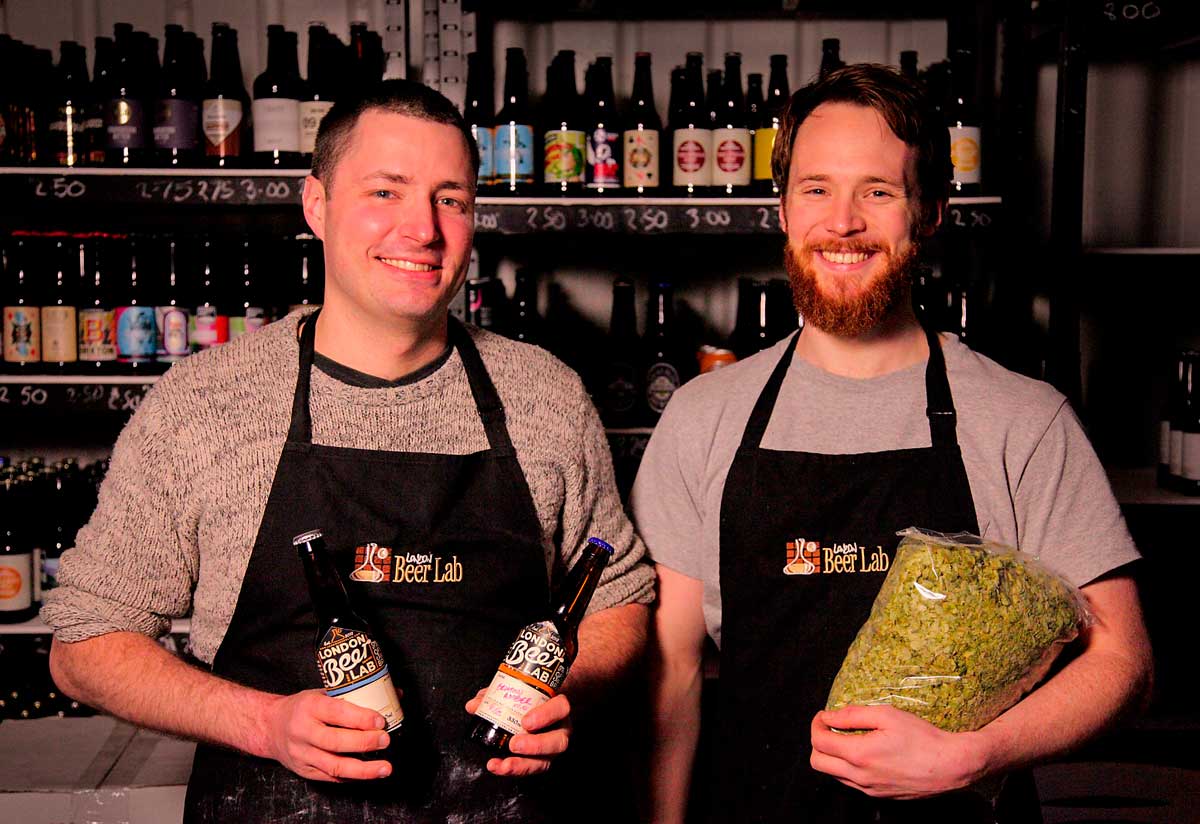 It feels like the beginning of Spring and that’s beer weather. I popped in to the London Beer Lab for a Brixton pint with the chief brewer, Bruno Alajouanine to get the lowdown on all things homebrewing.

Bruno started the London Beer Lab in 2013 with co-founder Karl Durand O’Connor. Both had been working in the City and were thirsty for a workshop to upskill their homebrewing, but there was no such thing to be found. Bruno marvelled at there having been a homebrew school in Lyon (his home town), but not in London. 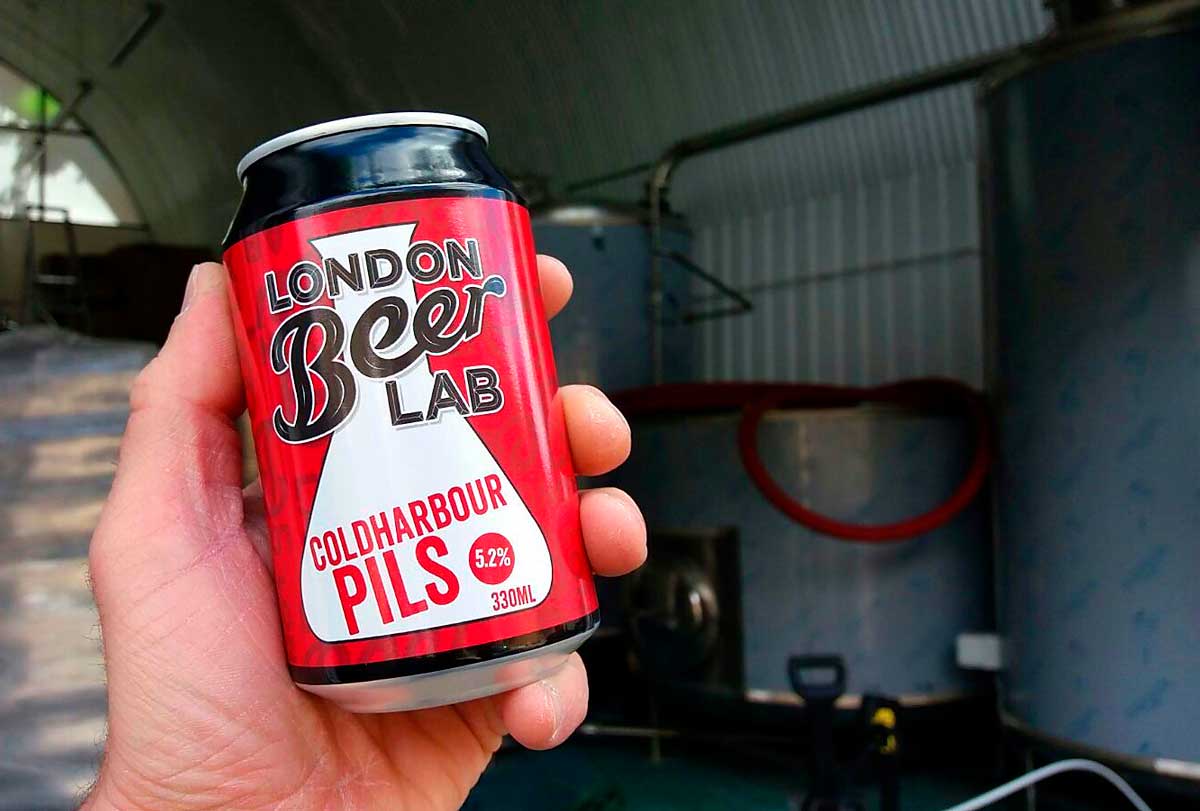 They took a space in late 2012, tucked in the Brixton arches just off Nursery Road. Beginning with just a few homebrew kits, this unassuming spot started as a passion project, but has developed into a London hub for would-be brewers.

When I arrive to meet Bruno, two of the team are setting up for the evening, with 14 shiny beer taps being readied for Friday night, tasting kits prepped for the evening’s tasting session, fridges neatly stocked with beautiful cans and bottles and, the most enticing part of the space, the shelves of hops and grain.

From their homebrew shop, you can procure everything you will need for your brew. They’ll ask you questions to understand your goals, and within minutes, you have yourself a recipe to measure out the grain and hops you need. Cast yourself back to being a child in a sweet shop: London Beer Lab is like a hoppy pick’n’mix. 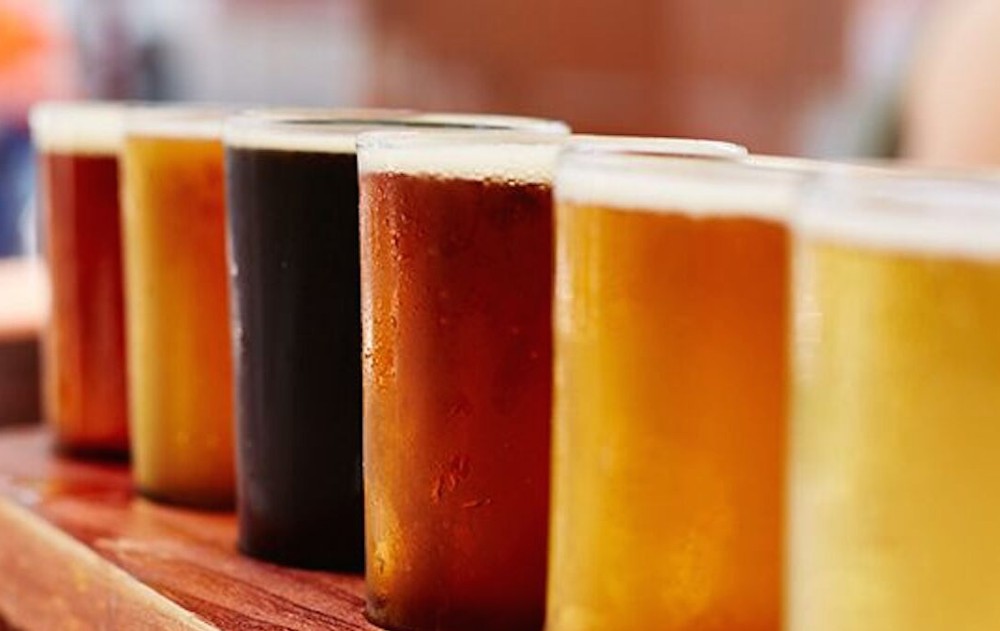 Bruno talks about the challenges of setting up the lab. Despite the obvious (time, cost and commitment) this place was heavily reliant on people’s desire to learn. As it turns out, he didn’t need to worry. It seems there’s a real appetite for learning, buoyed by London’s taste for quality craft beer. While pubs have been struggling and commercial breweries are being bought out by the week, the appetite for homebrewing has proven sustainable.

There seems to be much more to homebrewing than the broader craft beer trend. People come to the London Beer Lab and have a unique experience that they are then able to replicate at home. There’s a real sense of pride in giving someone a bottle of your homebrew and saying, “I made that”. 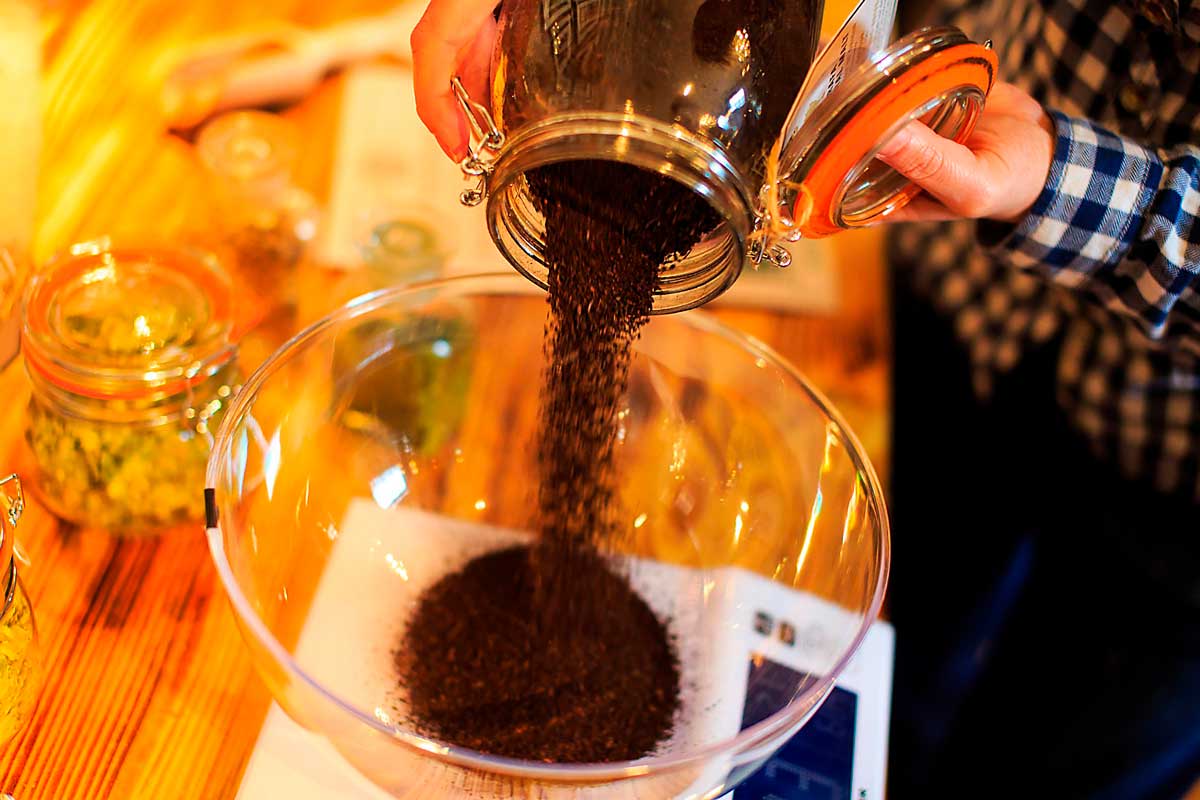 Advising those with an interest, but lacking the know-how, Bruno suggests starting small-scale. He recommends trying first with just the things in your kitchen. You can make a five-litre batch of beer on your kitchen hob. If your appetite is sufficiently whetted, I can personally recommend a beer-making workshop with these guys. It’s a really fun and interesting day and you learn properly how to brew at home on your own. You can go alone or in a group.

The London Beer Lab is evolving and growing. For more info, check their website, sign up to the newsletter, or follow social media for updates on workshops, tasting sessions, the homebrew shop and tap room. You may also see their beers around London, on tap or in a bottle, brewed in their commercial brewery down the road. Cheers!