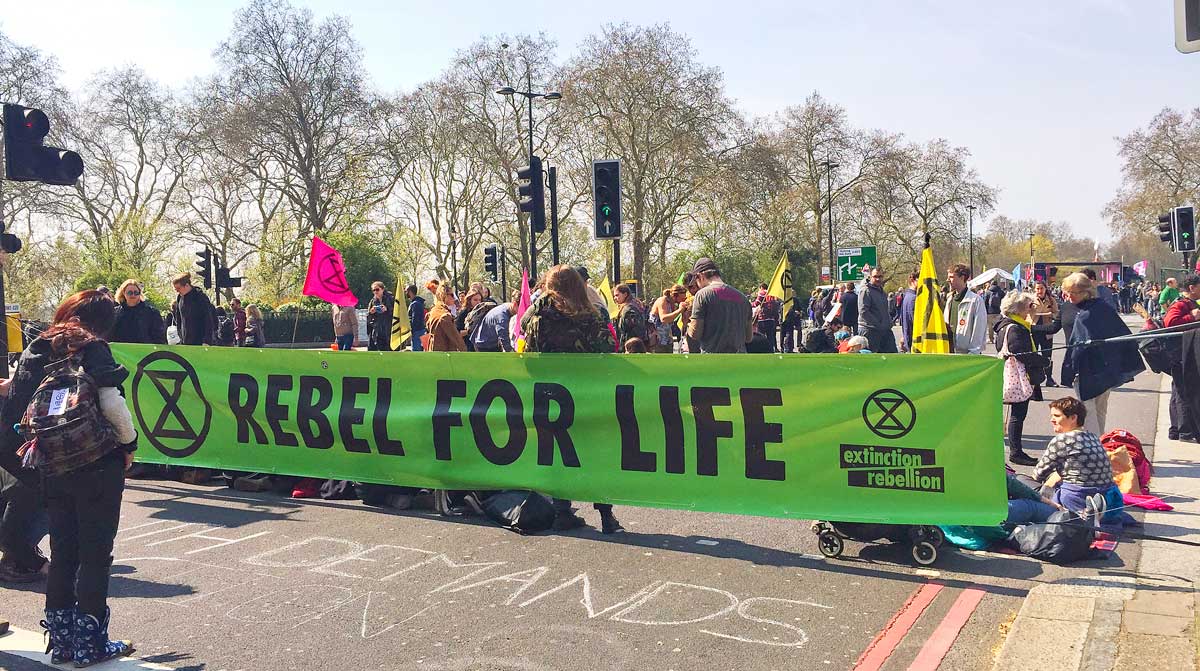 Lambeth and Brixton members of the Extinction Rebellion (XR) campaign took part in the recent protests in London that closed roads and led to dozens of arrests. They set up a road block (above) at Marble Arch.

XR Lambeth were first on the scene at the start of the “international rebellion” on 15 April from 9:30am. With other London XR groups they stepped in front of traffic with banners to block the roads to Marble Arch and prevent access. Thousands of people from other XR local groups from across the UK and London moved to block different city areas through the morning until sections of the city were shut to traffic.

A number of members took the week off work and camped on the road, at risk of arrest, for as long as they could.