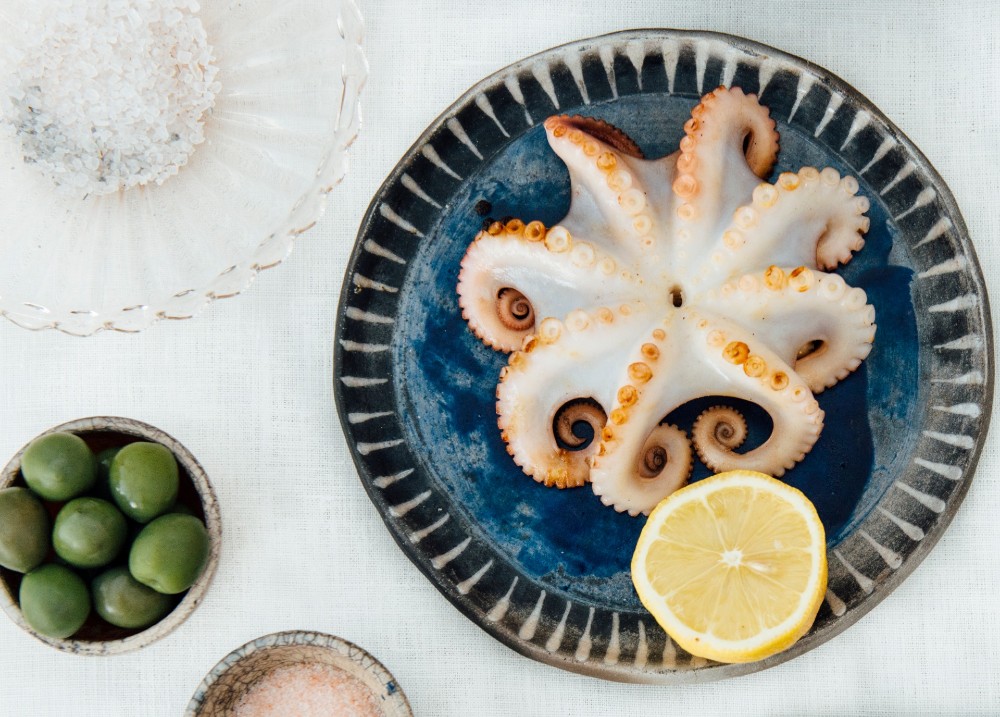 Let’s face it: there aren’t many good Italian restaurants in London. According to my wife. Who is Italian. The reason, I’m told, is that, apparently after not too long, the chefs get to think that the Brits don’t really understand good food and stop bothering.

So it was a “Man from Del Monte”* moment as my wife had her first mouthful at Franzina; she looked at me, smiled and nodded. I knew we were going to be OK.

To start, we chose the Schiticchio sharing plate (£11.50) which included sort-of focaccia pizzas, chickpea fritters, potato croquettes, caponata (chopped aubergine and capers) and olives. This gave us a chance to sample several of the individual starters in one go – a lot of “Hey, have you tried this?” But being greedy gobble gannets, we also went for the Arancina (£6.50): a big rice ball filled with beef ragout and cheese; this was the thing that my wife first gave the nod to. 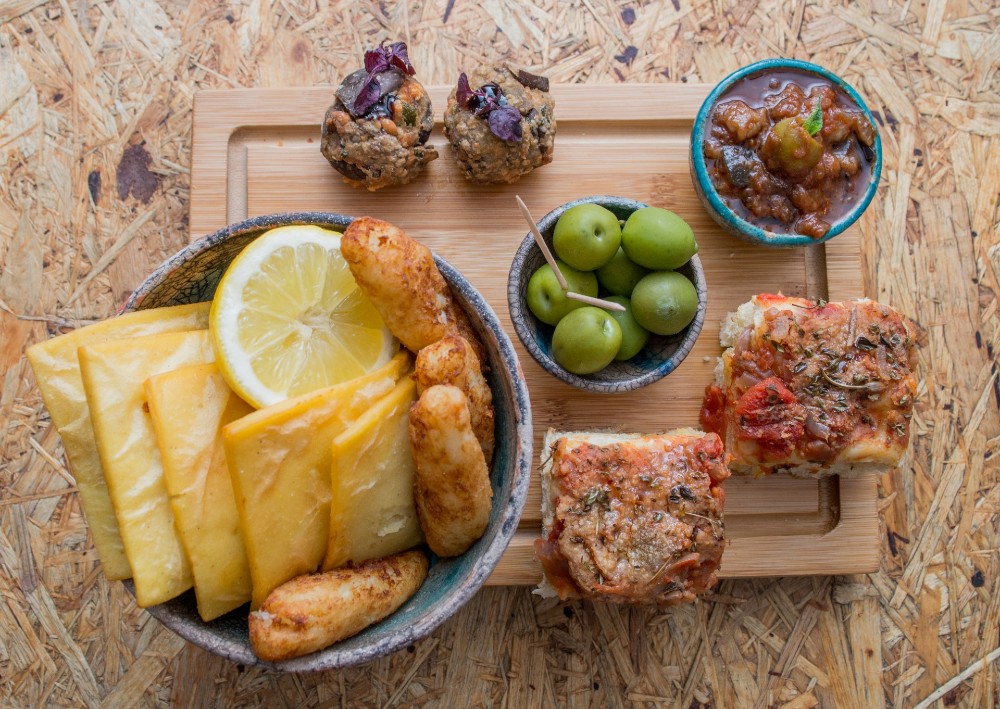 And I had heard of Sicily’s love affair with the octopus, so I could not resist diving in to discover that mysterious mollusc. Having ordered the Polpo (£11), I expected chunks of white flesh with perhaps a crunchy yellow coating, something like fried calamari. What I was in fact presented with was the whole animal deconstructed, reassembled and spread-eagled across a plate – purple, suckered. Sicilians like this simple and shared – dressed purely with lemon and salt.

I had been warned that it could be a bit robust for British tastes but actually it was tender and great tasting – a real blue-planet experience. Then the key test: the pasta. Only fresh-made tagliatelle on the menu. My wife went with the ammuttunata (stuffed baby aubergines smoked in garlic, minty tomato sauce – £8.75) whereas I maintained the seafood theme with the nero di seppia (black squid ink and calamari – £11). 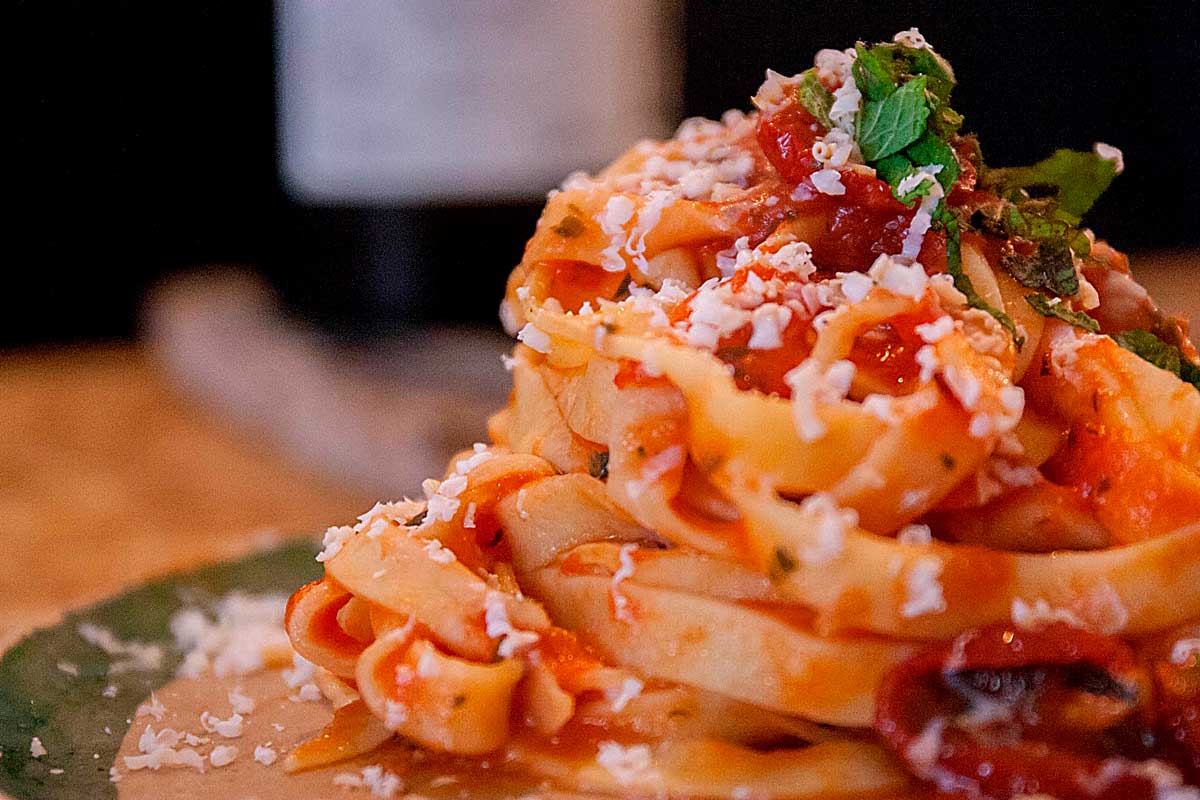 As it was placed on the table by Toto, father of owner Stefania Taormina, he announced: “An hour ago this was flour.” That’s how fresh the pasta was. And it was cooked to perfection. But what of the sauces? Black squid ink is a risky business; in its raw state it’s terribly bitter and salty – you have to add tiny amounts to the onion and tomato until you get the balance just right. Chef Pietro Franz is clearly a brave man. But fortune favours the brave, and he nailed it.

So, as we tucked into our shared Cannolo Siciliano (£5) for dessert (dreamy ricotta cream in a fried pastry tube), was there anything we, or more precisely my wife, could fault? “Not enough napkins?” I ventured. “Don’t you dare!, It was perfect.” But could it go the way of those other Italian restaurants in London? Well, no – because it was absolutely stuffed with Italians (my wife made friends with most of them).

*Younger readers may wish to know that the Man from Del Monte appeared in a 20th century TV advert in which “He say ‘Yes’.”

Brixton Splash to be ‘biggest and most dynamic ever’