Jack Gevertz, a writer for the Immigration Advice Service, an organisation of UK immigration lawyers that provides legal support for those looking to migrate to the UK or to hire overseas workers, on why Brexit could be bad for Brixton

Britain is still on course to leave the European Union. While it remains unclear exactly how the government expects to extricate the UK from the EU, some domestic policies in relation to EU law and how they affect the UK are clear.

One of the key planks of the leave campaign was that immigration to the UK was too high. And, crucially, that it was being fuelled by low-skilled migrants from the EU. In response to this, the government announced a crackdown on people wishing to come to the UK from the EU. Some of its proposals in an immigration White Paper included an extension of the “minimum salary threshold” of £30,000.

This means that any EU migrant wishing to come to the UK will have to prove that they are taking a job that will pay them at least that when they apply for a “tier 2” visa. This rule already applies to non-EU citizens. 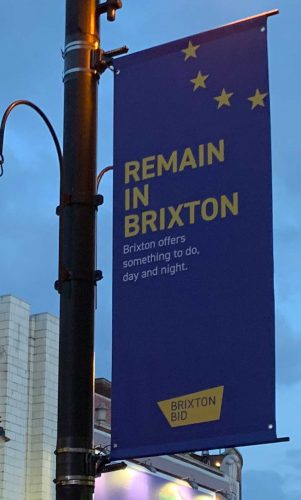 Such a change would remove flexibility and wider access to a large pool of labour. Many businesses in London rely on lower-paid EU migrants to fill job shortages when they cannot find the talent locally. This includes Brixton. According to Lambeth council, 15% of the borough’s population is from the EU.

A lot of Brixton people take jobs outside the area, but some choose to remain. When they do, they often take roles in hospitality and accommodation. But 80% of roles in this sector in London do not pay £30,000 a year.

This means that, for EU nationals currently filling vacancies in Brixton, most will not be able to do so after Brexit. This is problematic given that Brixton is known for its particularly strong night time economy that provides more than 1,000 jobs for locals and EU nationals alike.

One third of roles in drinking and eating venues in London are filled by EU nationals, so any political changes which affect their ability to do those jobs would have a catastrophic impact on Brixton and its character. But it is not only the hospitality industry in Brixton that will suffer.

The retail sector would also lose out. Brixton is home to more than 1,700 retail jobs and 165 retail businesses.

The population of the area is expected to grow by 10% over the next six years. Brixton is a hub in Lambeth for working-age international migrants to move to. Many of these then take up work in Brixton’s retail sector.

The propensity for London retailers to hire EU nationals is clear: one in 10 of the city’s retail workforce comes from the EU. Many of these people are not even paid the London Living Wage, so clearly would not come close to the £30,000 threshold.

In total, around a fifth of people in Lambeth do not earn the London Living Wage, currently £10.55 an hour, and the basic wage deemed necessary to live a standard life. Many EU nationals benefit from higher wages here than they would get back home. Others may have come to join their family or start one of their own.

If these people leave it will have a detrimental impact on the area. As a way of resolving this, many businesses may look to the domestic market, and young people in particular. The average wage in London for an 18 to 20-year-old is just £7.49 an hour, according to the Office for National Statistics. This rises to £10.48 for 21 to 24-year-olds, and further to £16.77 an hour for those over 25.

Many businesses may like the fact they can hire younger people from the UK because they are keen to work and they do not have to worry about any immigration rules. But there may not be enough young people willing to take up the work or many may want jobs closer in the city. So businesses may need extra talent from abroad to plug this gap.

It would be very difficult to do this because any worker from abroad would have to meet the £30,000 threshold; employers would have to raise their wages or hire older and more qualified people to justify the extra costs. 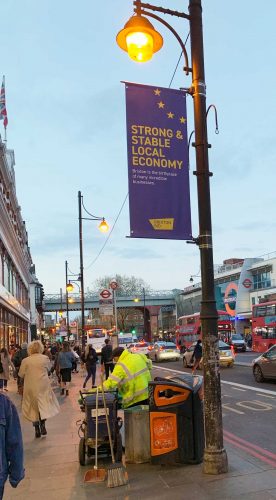 Consequently, young migrants might have to leave or those who want to come may be stopped from doing so. This could lead to a growth in age inequality in Brixton. In addition, there could also be a worsening of gender inequality in the area.

Across all London boroughs, the disparity of pay between men and women last year was almost 14 per cent. Female full-time earners took home £17.28 per hour, compared with men on £20.02 per hour. It is therefore likely that more women would be offered roles which do not meet the proposed threshold as opposed to men.

A better idea would be to have no threshold so the area’s thriving industries can benefit from migrant labour and supply the talent it needs where it needs it. If this does not happen, the proposed threshold will damage Brixton.

The district’s important retail and hospitality sectors will suffer in particular, while age and gender disparities will worsen. It is important, therefore, that the area is prepared for the introduction of such a threshold, so the disastrous impact can be mitigated as much as possible.

Jack Gevertz is a writer for the Immigration Advice Service, an organisation of UK immigration lawyers which provides legal support for those looking to migrate to the UK or hire overseas workers.

All EU citizens living in the UK will have to apply for “settled status” to be able to remain in the UK if Britain exits the EU. Stockwell Partnership, the East European Resource Centre and Lambeth Early Action Partnership (LEAP), in partnership with Lambeth libraries, are organising an event on the issue, including a question and answer session, on Saturday 27 April, from 3 to 5pm at Tate South Library, 180 South Lambeth Road, SW8 1QP. For more information on Lambeth council’s preparations for Brexit and links to useful resources, visit lambeth.gov.uk/brexit