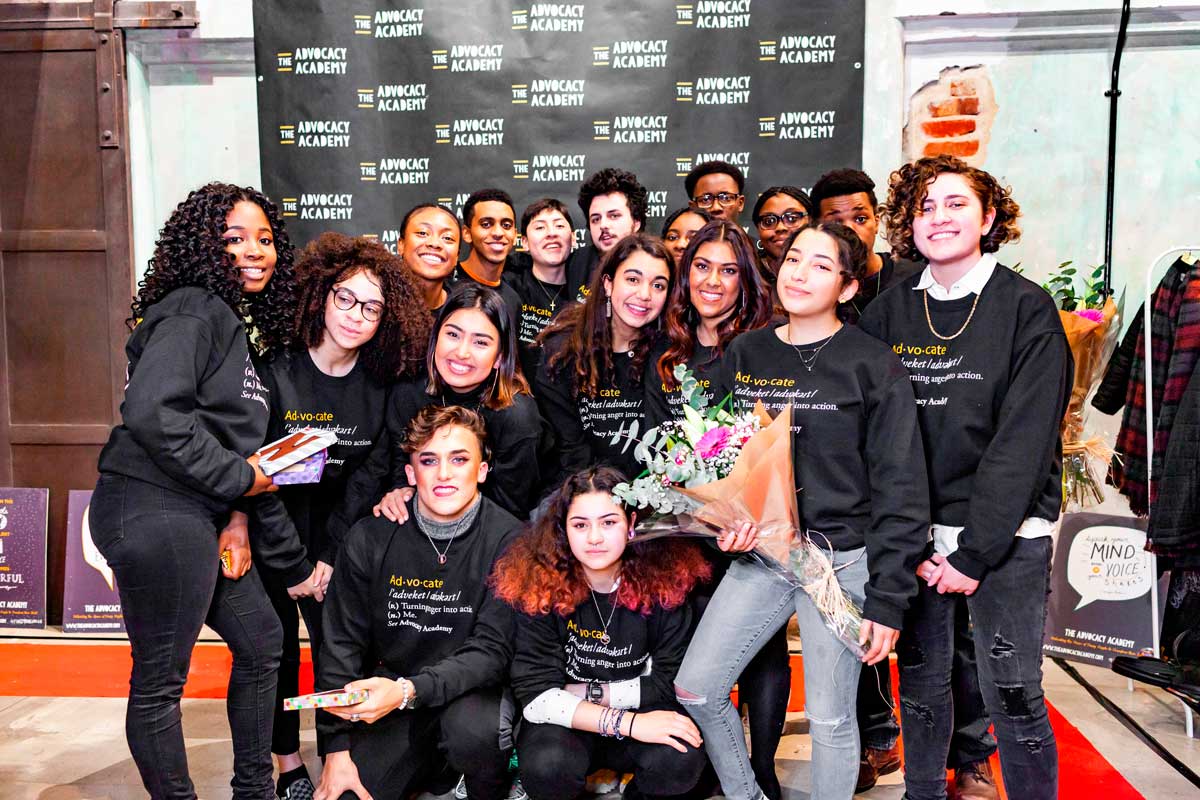 Family and supporters of young graduates of the Advocacy Academy cheered them on in an emotional graduation ceremony in Brixton as each group of students described the issues they had campaigned on with passion, eloquence and poetry.

The Academy each year takes a group of young people and trains and helps them to mount campaigns about issues that they are passionate about.

The graduation, held downstairs at the Department Store, was the culmination of six months’ training and support for the young South Londoners.

They developed the knowledge and skills to tackle the social challenges they identified and worked with campaigners, creatives, academics and coaches to develop grass-roots campaigns in their community.

They ranged through the representation of women in magazines; the education system’s neglect of Black history; the demand schools tackle the culture of “toxic masculinity”, homophobic bullying and discrimination; better understanding in schools for young people struggling with mental health; and that the Latinx community be recognised as a distinct group in official statistics so that data showing discrimination or otherwise can be collected.

No Lost Causes tackled the issue of why schools exclude and isolate pupils – arguing for better pastoral care rather than punishment. Natalia Morgan, one of this group, writes about its campaign in another blog post.

The Academy campaigns were launched in the House of Commons at an event hosted by local MP Helen Hayes.

At the launch Natalia asked: “Why have a record number of young people been fatally stabbed in London this year? Children are being robbed of their futures because of a disease – a lack of compassion in our education system – that desperately needs a cure.

“Teachers should be empowered to increase the amount of time they can spend dedicated to pastoral support for those students who are most at-risk of being excluded. And schools should have a much bigger team of therapists and specialists to support students with mental health issues and special educational needs.”

Find out more about the Advocacy Academy at www.theadvocacyacademy.com

Should you be on TV in The Voice? Act now!