The highlight of week-long celebrations at the school came yesterday with visits from local residents Levi Roots, who led assembly, and Joanna Lumley, who helped to bury a time capsule.

But the school’s pupils were the real stars. They performed a special anniversary song at the assembly, where they also met Lambeth mayor Christopher Wellbelove.

Later they sang their own rewritten interpretation of Wheels on Fire, the theme song of Absolutely Fabulous, for Joanna Lumley, who starred as Patsy in the sitcom.

“I still live in Brixton,” he told the assembly. “I remember when I was your age and growing up around here, trying to be inspired. It was the music played in Brixton that inspired me.”

He accompanied himself with the same guitar he bought in Brixton all those years ago.

Mayor Wellbelove thanked Levi Roots for being “such a big inspiration for all the young people of the borough”.

He told his young audience: “I hope that here today there is more than one of you who will become mayor of Lambeth.”

Throughout this week, the St Andrew’s pupils have been writing letters and researching what happened in every year the school has been open for the time capsule that was buried in the school grounds.

St Andrew’s first opened on the same site between Brixton and Stockwell in 1818 and is now in its 200th year.

“Knowing that the school has been here for so long means such a lot to us and the community and we are so proud to be celebrating this monumental occasion,” said executive head teacher Jayne Mitchell.

“It is such an exciting time for our friendly and happy school and its community.”

The school will also parade to nearby St. Michael’s church for a service of thanksgiving with the Archdeacon of Lambeth, The Venerable Simon Gates.

Levi Roots took a cooking class for some lucky pupils in the newly refurbished kitchen area of the school that was recently donated by The Worshipful Company of Weavers. 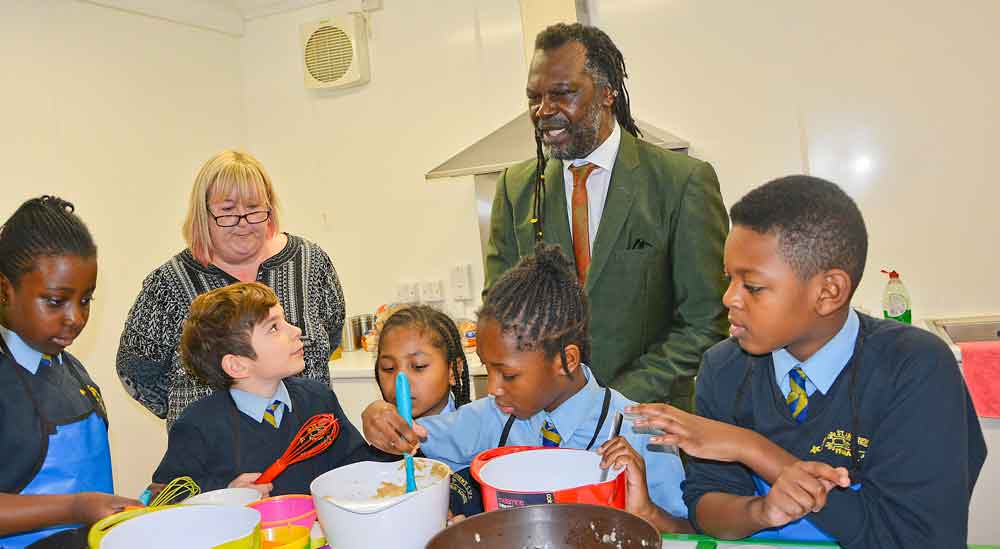