Brixton’s Christmas season got off to a cold but musical start as Corpus Christ school’s singers, led by teacher Kate Smart, performed outside the Sainsbury’s at the foot of Tulse Hill and then at the Christmas tree next to the Bowie mural in Tunstall Road.

Brixton resident Levi Roots joined them in Tulse Hill – near to where he spent his early years in Leander Road – and in a short speech emphasised how his continuing local links keep him grounded in a high-flying career, which includes running his Caribbean Smokehouse restaurant at Westfield in Stratford.

He was greeted by Santa Claus and local councillors Mary Atkins and Marcia Cameron – who is also this year’s mayor of Lambeth.

The mayor moved on to central Brixton to join the countdown to the switch-on of the Christmas tree lights and was entertained once again by Corpus Christi’s singers, steel pans from Archbishop Sumner school in Kennington and local favourites Brasstermind. 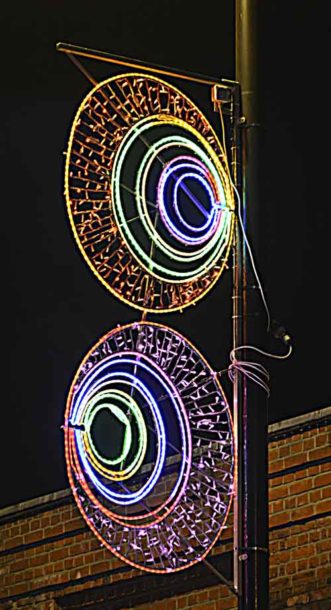