Shaun Pulfrey, who started his company Tangle Teezer by re-mortgaging his Brixton flat 11 years ago, was on hand yesterday (20 September) to see the reappearance of the vandalised Brixton Design Trail installation made from his brushes.

Tangle Teezer is a Design Trail partner and the installation, created by the Pop Brixton based design studio Convey, attracted attention from the moment it appeared by the David Bowie mural in Tunstall Road last Saturday – with curious passers-by pulling the brushes to see if they could be removed. They could not.

But at some time on Saturday night the installation was seriously damaged in an apparent attempt to get at the brushes that retail for £13.50 each.

It was withdrawn to Pop Fields while Design Trail organisers pondered on what to do.

They decided that it should reappear. It is, like Brixton itself, not as it used to be, but still hanging in there and worth a visit. It has also acquired a set of wheels to enable it to avoid more late-night encounters with greedy philistines.

Shaun Pulfrey moved to Brixton 30 years ago and the Tangle Teezer brand offices are still on the Stockwell Road.

The former hair colourist’s product took off after he was rejected by TV Dragon’s Den investors in 2007. The publicity led to a surge of online orders and Tangle Teezer revenues are now more than £20 million a year from sales in 75 countries. The brushes are manufactured in Oxfordshire. 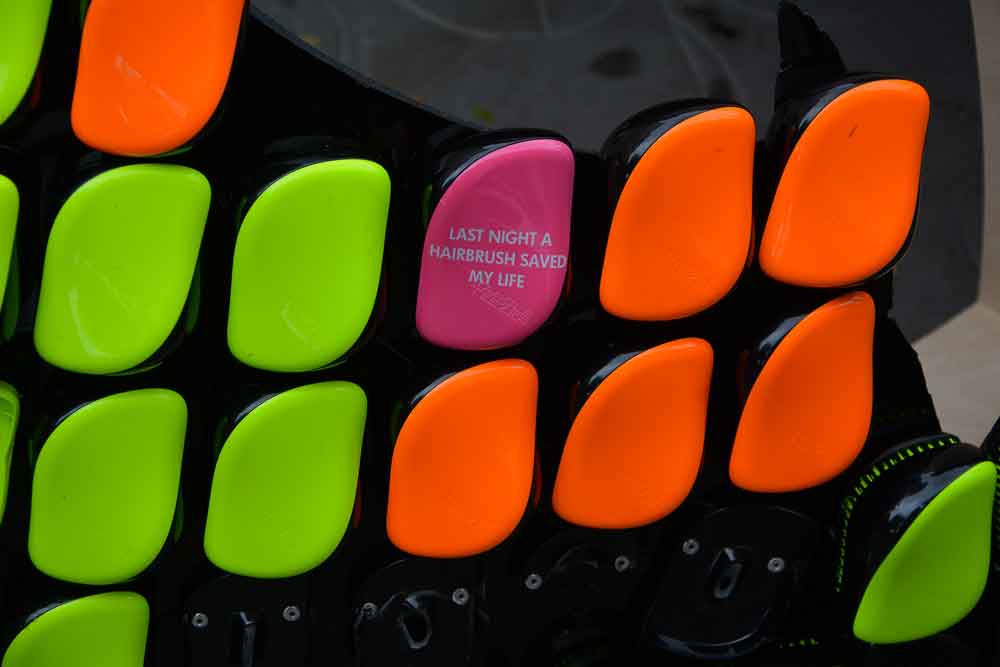