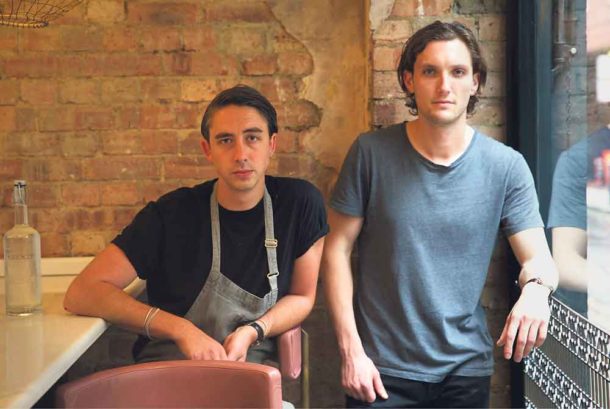 Will Bowlby and Rik Campbell of Kricket are back in Brixton. Nick Buglione has a chat. 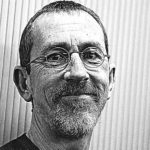 Kricket#1 turned a rectangular metal box into one of the most talked about new restaurants in London. When Pierre Koffman and Michel Roux Jr are singing your praises in a tin box, you must be doing something right. And Brixton absolutely loved them.

Chef Will Bowlby (left) and co-founder Rik Campbell decamped to Soho’s Denman Street and I guess we thought that was that for SW9. But as well as opening a Kricket in the new Television Centre, they are having a Brixton homecoming. As far as Brixton is concerned, welcome to Kricket#2 (where Brindisa was).

So here’s a quick catch-up. Will was a fledgling chef from knee high after seeing Jamie Oliver on TV, running a catering company while at school. Between the kitchens of Rowley Leigh (Café Anglais) and Vivek Singh (Cinnamon Kitchen), he head cheffed Mumbai’s Cheval and then went on a culinary pilgrimage round India.

His, and I quote. “unique approach in marrying British ingredients with authentic Indian flavours” became Kricket when Rik (uni hospitality entrepreneur) jumped from corporate finance services in the City to join up with his bestie. Partners in Kricketing crime and more or less poster boys for sea container to bigger things journeys. Time for a chat. 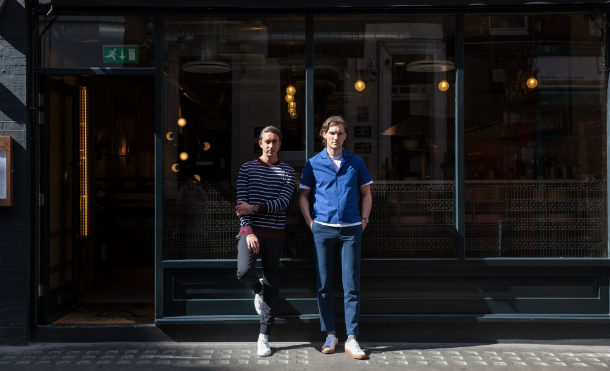 NB: What attracted you to Brixton first time round?
RC: Will was living here but that’s not the reason. We had the idea to work together, wrote out a rough business plan and then it was all about finding the right place. I left a job in the city so my parents thought I was crazy. We were originally thinking about a standard bricks and mortar site in Brixton, it was and is an interesting area, developing and we have lots of friends round here that could be a support network.

NB: So Pop seemed like just the thing?
RC: We kind of stumbled across Pop and it provided the perfect platform. We could try out the whole concept without it being such a massive risk. We never imagined we would end up in a shipping container. If you can’t get enough people through the door in an area like this when you have just 20 seats, you are going to struggle. Pop also help with things like licensing and marketing so we got to concentrate on the food and service.

NB: What is it like working in a metal box?
WB: Hot! It was great but it definitely comes with its challenges. And frustrations. In the summer it sometimes got so hot, people would walk in and walk out straight away. People seemed amazed we could come up with these dishes in such a tight space. The less space in a kitchen the more organised you have to be. I kind of miss it though and, once again, if you can pull it off in a sea container, you can probably pull it off anywhere.

NB: I presume you can’t make ‘proper money’ in such a small space?
RC: Not really. We made enough to live modestly, it washed its face as they say. But it worked almost perfectly for us. You refine what you are doing, test things, make your mistakes, build your brand and word of mouth. It’s a great start-up opportunity but no-one retires on sea container takings. That’s why we left after two years, although we were always looking to come back. If it wasn’t for Pop, we wouldn’t be in the position we are in today.

NB: How will Kricket Brixton compare with Soho and TV Centre?
WB: They will all be Kricket, but we want each one to have its own identity. Including the menus. For example, we know people like their favourites but in Brixton we will have only three dishes that are on the Soho menu. We hope to get a bit more experimental in Brixton, play around with things a bit more. We’re not interested in being an identikit chain. 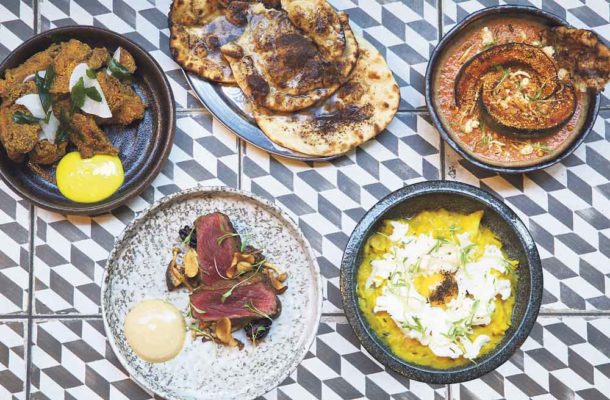 NB: Can you explain your approach to fusing classic Indian flavours with GB ingredients?
WB: Our menu isn’t from a particular region in India. The concept is the fascinating history and huge variety of Indian food cultures. The possibilities are seemingly endless. And here we have wonderful ingredients, brilliant seafood and vegetables, and we can throw in ingredients that may not be available in India. That gives us the freedom to come up with things that are often unique. But we love it when we have Indian guests who say they really like it although they are often surprised there is a white guy cooking them!

NB: How do you go about devising the menu?
WB: Recipe ideas can more or less come from anywhere. Reading a book, listening to music, whatever, but we also go to India every January. Last time had a great 10 days that gave us loads of ideas to come back and play with.
RC: And we look at what’s in season. Today we have been working out an asparagus dish for Brixton and the market is on our doorstep. So here, especially, we can change the menu daily or weekly. Kricket Brixton will definitely be where we experiment more, partly as a testing ground for the other sites, so it will be our funkiest menu.

NB: Don’t just take their word for it, have a go with this Bhel Puri recipe from KRICKET: An Indian-inspired Cookbook

NB: And you have a cookbook on the way?
WB: Yes, we were asked to do it while we were still in Pop. It’s been a labour of love since then and we are launching it here – where Kricket all began. We’re really pleased with it and we think it looks great. There is quite a lot going on backstage in a lot of our dishes, despite their simplicity to the eye, but the recipes are designed to be achievable at home in a normal kitchen. If we can do it in a shipping container, people can pull it off at home.

NB: Where do you like to eat round here?
BOTH: Naughty Piglets is great, we love Salon and Smoke and Salt, Made of Dough do a great pizza and if we are grabbing a burger, Honest. But there is an ever changing menu as new guys pitch up so there is always something interesting to try.