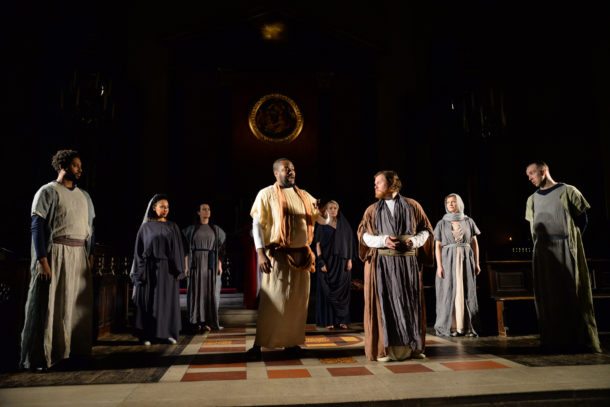 It wasn’t at the Royal Opera House but the Actors’ Church, St Paul’s Covent Garden, that Brixton’s Pegasus Opera showed us just how much can be done when you concentrate on the essentials. It was all about the music.

Performed for the first time in the UK, “Ruth” and “The Dark Lady of the Sonnets” are two one act operas by Philip Hagemann, a contemporary American composer. Based on the well-known biblical story, ‘Ruth’ opens gently with lilting tunes slightly reminiscent of Vaughan Williams, but turns into a glorious melodic celebration of the female voice. A simple formula that works so well because it is performed with passion and commitment. At its centre is the relationship between Ruth (Alison Buchanan) and her mother-in-law, Naomi (Kamilla Dunstan) – a perfect vehicle to show how a  soprano and a mezzo soprano can together create such a rich musical texture; especially when so ably supported by the small but perfectly formed chorus. Although “Ruth” is primarily a tribute to the fortitude of women, we should not overlook the role of Boaz and the opportunity it offers to showcase Byron Jackson’s robust and elegant baritone. 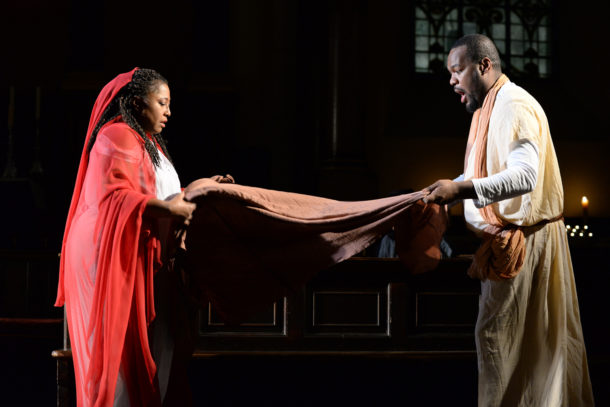 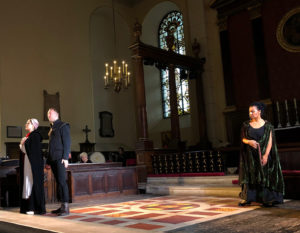 The ‘Dark Lady of the Sonnets’ is a more complex piece. Based on a short play by George Bernard Shaw about a surprise meeting between William Shakespeare and a sleepwalking Elizabeth I, it is full of wit and wordplay. It is the musically more challenging of the two pieces. While the opening nods in the direction of an Elizabethan musical style, it is unashamedly modern in its development. Oliver Brignall as Shakespeare and Sarah Champion as the queen bring to life the irreverent text with their musical jousting. Although a sparer, sharper piece than ‘Ruth’ the performances bring plenty of sparkle to a fascinating example of a Shaw play set to music.

Pegasus Opera Company is a professional multiracial touring company based in Brixton and dedicated to breaking down the elitist barriers associated with opera. Their repertoire is an accessible range of works and they specialise in performing in medium-sized venues. 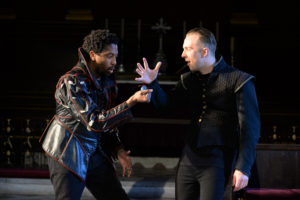 With an emphasis on the highest performance standards from a multi racial cast – and despite their hand-to-mouth existence – Pegasus also run community workshops and educational outreach programmes to bring opera to a wider audience. In the words of its founder and artistic director, the noted tenor Lloyd Newton who died last year, Pegasus aims at ‘empowering those who are continually marginalised and feel pushed towards the periphery of the opera world’.

His intention was that black artists should have the opportunities to develop and grow in the opera world, and to perform regularly ‘and not to wait until Porgy and Bess or Show Boat returned to the opera houses.’

Pegasus Opera is entirely dependent on its sponsors and ‘friends’ in order to carry on their work. And they are clear that no contribution is too small. You can become a Friend of Pegasus Opera Company for less than £1 a week. Find out how to support them here. 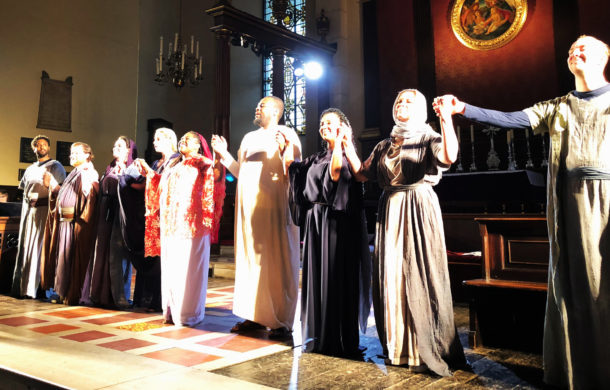 Guests who braved ice and snow to attend the opening night of Ruth and the Dark Lady of the Sonnets included Guy Hewitt, Barbados High Commissioner, and Stella Kanu, executive producer of Ovalhouse Theatre, which is soon to move to Brixton