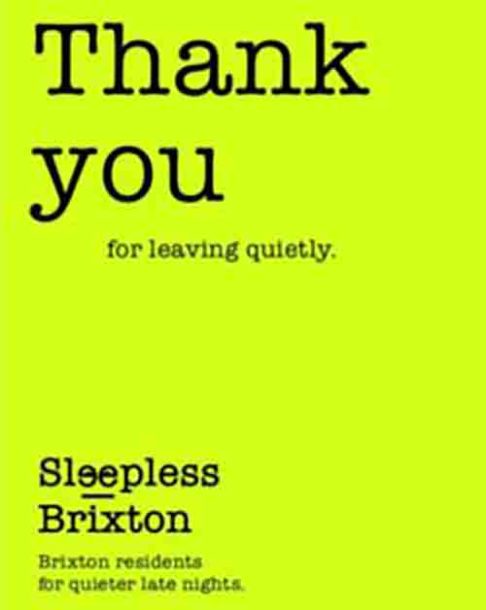 Health issues continue to affect the forum committee. First there was the sad news that executive member Tina Jennings of Brixton Night Market had died of cancer in January.  Chair Devon Thomas was too ill to attend and vice chair Stuart Horwood remains out of action after being run over by a bus on Brixton Hill in March 2016. In their absence, Alan Piper of the Brixton Society led the meeting.

After a brief recap of the forum’s accounts and activities for the year there were a number of short presentations.

Dinah Roake of Brixton Green gave an update on Somerleyton Road (Brixton Green’s own AGM is at The Department Store on 7 March). Councillor Adrian Garden claimed that Lib Peck and councillors were in favour of the Brixton Green scheme, that the council has said has legal and financial problems, and said he was “sure it would happen”.

The meeting heard from youth employment project “We Rise” and about the “Local Heroes” project from the Friends of Brixton Tate Library before an update on the Sleepless in Brixton campaign from Karin Christiansen.

The campaign’s view is that the Lambeth Plan objectives for Brixton are outdated, with targets set five years ago needing to be revisited given the huge changes that the town centre has seen in that time. This chimes with the Neighbourhood Forum’s own position and It seems likely that this will be the focus of forum meetings in the coming year.

Neighbourhood forums have a statutory planning role and can prepare a neighbourhood plan if the council’s own plans are failing to meet the community’s needs. While the forum has previously supported the council’s plans, there is potential for conflict as the council tries to find a balance between maximising business rates income and maintaining a mixed town centre community.

The Neighbourhood Forum holds around four open meetings a year and both individuals and residents associations are encouraged to join.