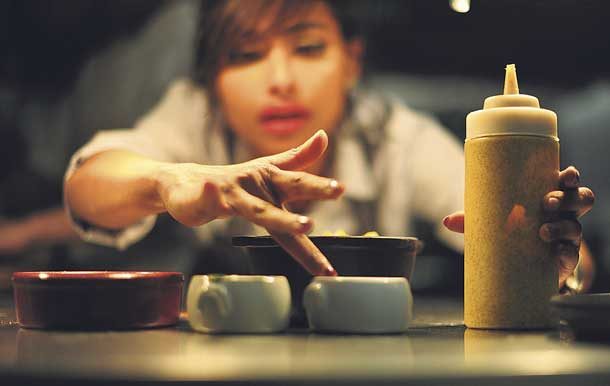 Way way back, many centuries ago, I reviewed a restaurant which had created an entirely fictional back story of explorers, exotic journeys, handlebar moustaches, waistcoats and braces (before the hipsters adopted all that as post-ironic daywear). It didn’t really work.

The story works a lot better at Calcutta Street, in no small part because it isn’t indulgent fiction.

Shrimoyee “Shrim” Chakraborty’s Bengali-meets-Brixton diner is a homage to a childhood in Calcutta. Every dish has a story and, dare I say it, this is Bengali street food that once actually was (and still is) food on the streets of Calcutta, arguably the gastro capital of India.

Translated to Coldharbour Lane. Shrim is all over it at Calcutta Street, from menus to painting the walls to working the room with stories of Calcutta and growing up in her mum’s family kitchen. Mum is still chief food officer, keeping an eye on things.

Perhaps appropriately, it’s hot, that flirting week of 2017’s British summer that wasn’t a violation of the trades descriptions act. 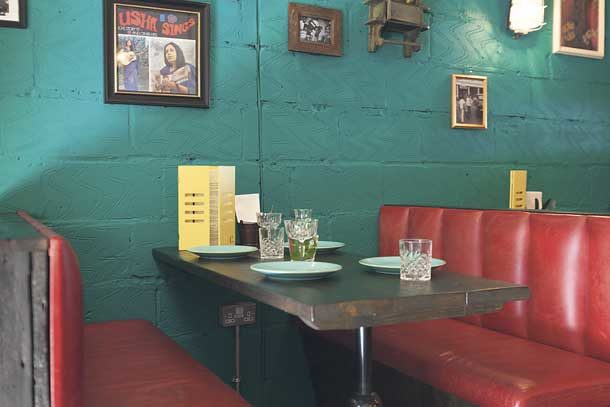 So we shimmied past the open kitchen, through the dining room, all dark reds and greens, 70s retro red leather booths and period sepia photographs, to the cute little alfresco garden.

Swiftly followed by cocktails – Bengali Rose (East London Liquor Company vodka, bitters, rose, ginger, prosecco) which is apparently “one for the ladies of the house” and, “for when Shrim’s little brother has friends over”, Orko’s Tonic (gin, kaffir lime, cucumber and Indian tonic). And they even serve Thumbs Up cola.

The menu is not so big that you can’t have most of it (and over two visits we more or less did) and many of the highlights were in the “Streetfood from Golpark” starters.

Puchka, crispy semolina spheres filled with spiced potato, and a dip of tamarind and mint water were a tangy amuse bouche, Mach Bhaja, whitebait crisped in mustard oil and spiced up with a zingy mish mash of chaat masala, cumin and chilli along with Tengri chicken kebab with coriander and mint chutney.

Then things got pretty messy. In a good finger-licking way. Kanrar jhal was an extravagant platter of whole crab buried in a deeply spicy sauce that was all about diving into hands-on. I love crab and this spicily concocted rendition only extended a love affair with sea dwelling crustacea. 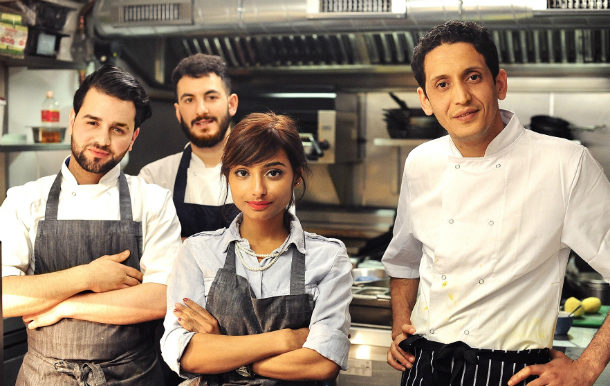 Only slight misstep, and that’s only in contrast to the excellence of the rest, was a slightly underwhelming lamb biryani on our second visit.

Calcutta Street has brought something new to Brixton, not a million spiritual miles away from Dishoom’s reinvented street food. Lest you suspect, this is not hipster adoption, but a lively authentic homage to Indian cuisine sprinkled with bags of personality. Order the crab. Bib optional.