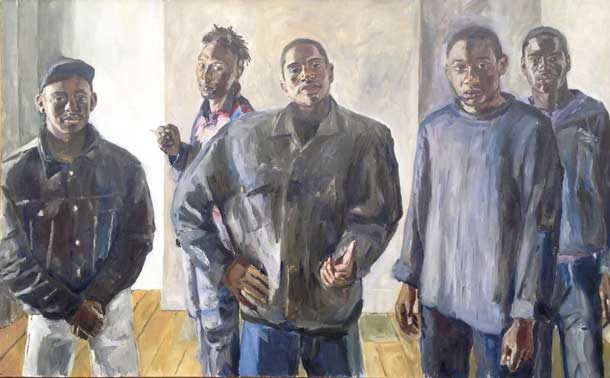 A group of young Brixton men feature in a prize-winning painting by a local artist which is based on one of the great classic masterpieces, Rembrandt’s Night Watch.

Artist Paul Gildea says a schoolboy aged 10 or 11 would stand outside his house, staring at the paintings in the front room.

“My wife befriended him, and 10 years on, I asked to paint him and his friends,” says Paul.

“Each week I would ask him if someone could pose, and sometimes he would turn up with a friend to stand for me.

“The painting took many months. But, in the end, I was delighted. And so were the boys. They would ring the bell late into the night to ask to show it to other friends. And it has been a backdrop in my home ever since.”

It was view at the New English Art Club’s annual exhibition in the Mall Galleries in June.