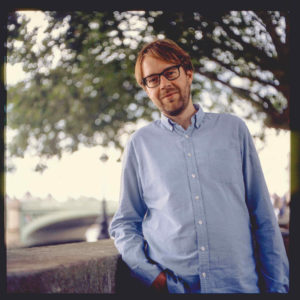 I have campaigned for better housing in Vauxhall for many years, and even single-handedly took Lambeth’s Labour-run council and the Tory Secretary of State to the High Court for their failure to insist on enough affordable housing on a large £1.6bn luxury development in our borough.

If elected, I would demand that Lambeth Council take a tougher line with developers. At the moment the Labour council hands out building permits to any offshore luxury developer that asks for one. We need to make sure that only applications for development that contributes to our community are approved.

We also need to accept that the private sector has comprehensively failed to meet housing need and government needs to get back into the business of house building. The Liberal Democrats have a fully costed plan to build 200,000 new homes in London by 2020.

Rogue landlords are also a problem. In my job as an investigative journalist I uncovered a huge housing scam which saw Rachman landlords ripping off the housing benefit budget by warehousing the poor in sub-standard conditions. We need to have much better standards for private sector renters. The Liberal Democrats have been leading the charge on this issue, and recently Vauxhall Lib Dem member Baroness Grender managed to pass new legislation banning lettings agent fees.

Air pollution is one of the biggest issues which has been raised in this election campaign. At the request of the children of Archbishop Sumner School I signed the Clean Air Pledge – a promise to seek a new Clean Air Act in the first 100 days of being elected.

This is one area where Brexit is a big issue. Currently the only reason why the government is doing anything about air pollution is because of pressure from the European Commission to implement EU law. Once we leave the EU the government will be free to ignore air quality legislation, so we must make sure we introduce new legislation to compel our government to take action.

I also think we need to look at ways of increasing cycling, promoting walking and reducing reliance on cars. Vauxhall is so centrally located and so well-served by buses and trains that we should not need to use our cars for local journeys. I cycle everywhere and I plan to campaign hard to make Vauxhall more friendly for pedestrians and cyclists.

I am a committed European. I was born in Croatia and I am a fluent Italian and Croatian speaker. I campaigned with the Stronger In team in the lead-up to the Referendum. I was devastated when we lost, but it was watching our representative campaign with UKIP which persuaded me to stand for Parliament. Even though no one could be under any doubt as to what Lambeth thought of Brexit, Kate Hoey voted with UKIP 19 times on the Article 50 bill and with her own party, Labour, only 5 times. What I was particularly outraged by was the way in which she voted with UKIP against the rights of EU citizens living in the UK. Despite her protestations that she now supports EU citizens’ rights, it is votes that count. We simply cannot have someone with those views representing us.

I will use my vote in parliament to oppose Brexit and make sure that people in the UK have a say on the final deal the government reaches with the European Commission. I will fight every day against a Hard Brexit and for the fair, open and tolerant Britain the people of Vauxhall believe in and want. I could never campaign with UKIP and I would of course fight for the rights of EU citizens living in the UK.

This is a huge issue in our area. From the Brixton Arches to the LGBT+ venues in Vauxhall and the Latin American community in Elephant and Castle (just outside the constituency), property speculators are forcing out the diverse local businesses that make our area a great place to live in, and replacing them with boring corporate mono-cultures.

I would support designating areas such as Vauxhall’s LGBT+ venues as conservation areas, in particular highlighting the way in which these venues define and enrich the character of the area. That would have to be taken into account in any planning application to change a venue from its existing use. I also think that we need better protections for older buildings that provide low-rent spaces which are vital for local businesses such as the Brixton Arches.

There are many excellent schools in Lambeth but they face a difficult future. School budgets are already under strain and teachers are under huge amounts of pressure from recent changes to the curriculum and assessment. Teacher recruitment and retention is increasingly difficult in our area due to obscene house prices. In this context the proposed cuts to school budgets from the Tories are a real danger. Under their proposed funding formula all schools in the borough would lose funding.

The Liberal Democrats have announced they will invest £60.5million more in schools and colleges in Lambeth over the next parliament. The funding would reverse all the Conservative cuts currently planned to frontline school and college budgets, protect per pupil funding in real terms and ensure no school and no child loses out from changes to funding arrangements. £3.3million of the funding would be spent on protecting the Pupil Premium, introduced by the Liberal Democrats to help the most disadvantaged children. It is part of the party’s £7 billion pledge to invest in education.