Thousands gathered in Brixton’s Windrush Square on Windrush Day today (June 22) for the unveiling of the memorial to commemorate the two million African and Caribbean servicemen and women who served in the two world wars.

War veterans were joined by serving members of the armed forces, the Defence Secretary Sir Michael Fallon, High Commissioners and representatives of the Commonwealth nations, Caribbean and African, Mayor of London Sadiq Khan, Lambeth Mayor Marcia Cameron, MPs and members of the House of Lords.

Proceedings were opened by Jak Beula who, with others, has devoted years of life and effort to seeing the memorial realised.

Baroness Howells, patron of the War Memorial Trust, read a message from The Queen who paid tribute to the “resolute courage of the two million African and Caribbean soldiers who served”.

The baroness added “Remembering the many forgotten is long overdue, and this memorial addresses the uncountable missing histories that up until now have remained hidden”.

Speaker after speaker testified to the heroism of soldiers who fought for Britain while far from home and freedom for themselves,.

A military parade included regiments from the British Army, Royal Navy and Royal Air Force together with the British Caribbean Veteran’s Association and MoD cadets.

After the War Alan was part of the “Southlanders” – one of the first black banss to have a UK number one hit in the fifties.

He also features on the Memorial Aid’s I have a song fundraising single – 58 years apart.

Read Delores William’s interview with him.

Norma volunteered for the Women’s Auxiliary Territorial Service and sailed from the Caribbean via New Orleans and New York to Britain where she served throughout the war. Norma went on to become a headteacher.

Michael King, son of Sam King, paid tribute to his father who volunteered for the RAF as an engineer during WW2.

He returned to England on the Empire Windrush and became an community campaigner, co-founder of the Notting Hill Carnival and the first black mayor of Southwark.

Professor Gus John paid tribute to those who, denied their own freedom, lost their lives on the killing fields of Europe. “Let their spirit not rest in peace, but rather let them join us in righteous struggle reparating justice,” he said.

“Let this monument represent the sacrifices they made and the struggle to humanise this society and eliminate racism from every aspect of this life.

“Let us remember our ancestors and ask them to join the struggle to humanize this society.”

Lambeth Mayor Marcia Cameron said: “Today we unveil a permanent memorial to those who gave their life to the war effort for this country I welcome our friends in the armed forces who continue to uphold the values of justice freedom and peace. It is a proud moment for Lambeth.”

Lord Hermann Ouseley, a former chief executive of Lambeth council and former chair of the Commission for Racial Equality, paid tribute: “This ranks among the happiest days of my life,” he said.

He reminded those gathered that it has taken over 70 years for those who made the ultimate sacrifice and laid down their lives for freedom to be remembered.

The the prevailing attitude after the war in Britain had been “We didn’t win the war for ‘them’ to come over and take our homes and our jobs.”

He recalled the feeling of helplessness this attitude gave him and that he did not know himself how many and how heroically Black people had fought in that war.

“They didn’t have a clue. I was ignorant and so were they. Today helps rid us of the ignorance.

“It’s about telling the truth and enabling us to learn.”

Sir Michael Fallon added his tribute: “It is a pleasure and a privilege to be here in Brixton. Service and sacrifice deserves proper recognition. This recognition today is long overdue.

“I am delighted to be able, with the council, the BCA, and the Nubian Jak Trust to deliver the memorial.”

He said he hoped it would do three things: pay tribute to those who fought; remember the contribution of Africans to the great war; and remind us of the ongoing contribution of the African-Caribbean community to the defence of Britain.

The ceremony ended with the release of 100 white doves. 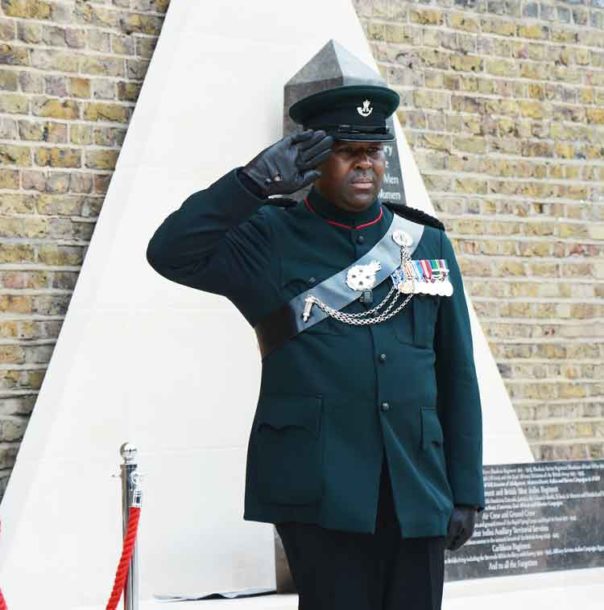 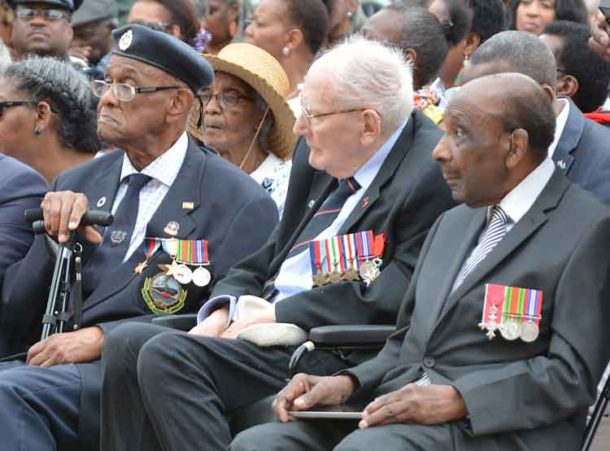 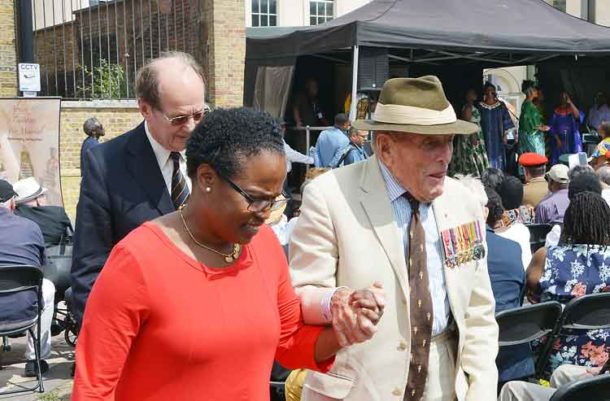 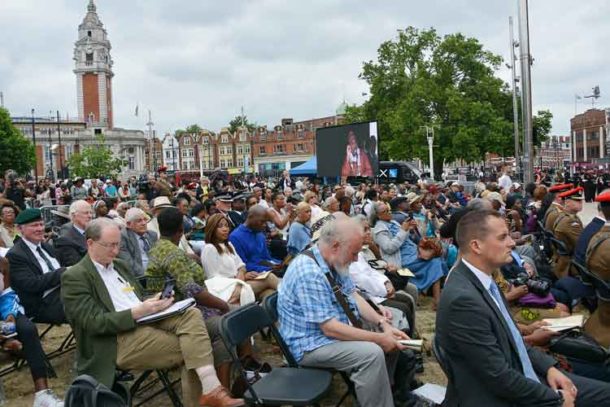 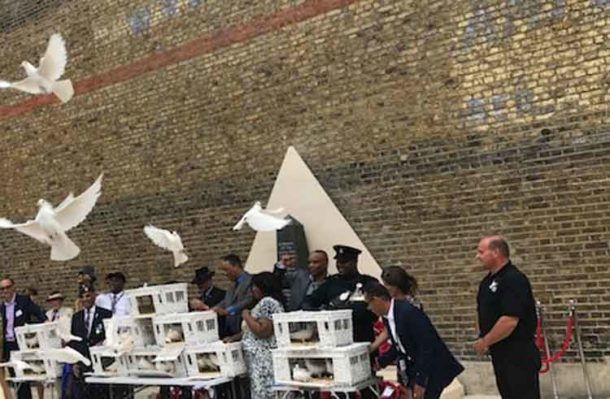