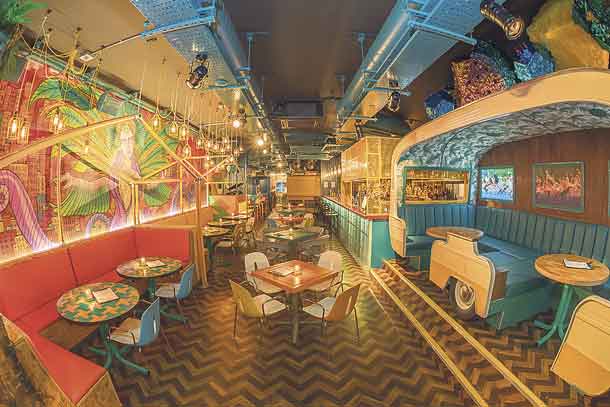 Nick Buglione is our man in Havana, err Barrio Brixton

Apparently anyone under 30 who can disengage from their umbilical smartphone long enough, “preloads” their night out at home.

My 40+ alternative is amigo (happy) hour at latin-drenched local cantina Barrio. A super-kitsch slice of south America, cunningly located between the Tube and Casa Buglione (and vice versa).

Which is why tonight we’re sitting in an upcycled 1960s caravan converted to banquette booth in a funkily kaleidoscopic room of day-glo murals and “not matching is the new matching” décor. A dash of Mexico, shades of Peru, a bunch of Brazil and hints of Havana.

The days of me (dad) dancing at 2am are long since gone so Barrio’s late night DJs and cabana party persona I’ll leave to the Snapchatters.

Tonight, I’m here for drinks and dinner. I already know they can deliver a good cocktail but just to be sure we try an Ol’ Dirty Bastard – Four Roses bourbon, rum and orange zest alongside a South Sea Sour – Beefeater gin, rhum orange, pineapple and grenadine.

Amidst a blur of rums, tequilas and mezcals, Barrio bar staff know what they are doing. And they have a surprisingly good kitchen going on. With a spiritual home in Latin classics and the occasional hip reboot. 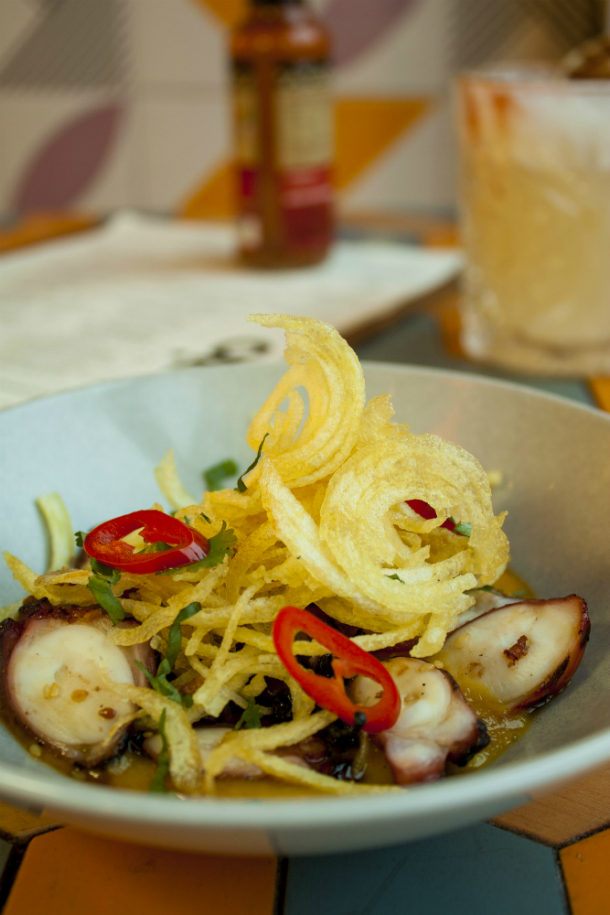 The two fishy offerings both hit the spot, particularly the octopus. As with the ceviche, not a walk in the park to do well and retain core flavours above the robust trimmings.

You could happily construct your own tasting plates menu from the small dishes. Or treat it as snacky tapas.

Our main courses were a precisely cooked beef anticuchero – panca chilli marinated beef onglet and a first for me, cactus ­quesadillas – a slightly novelty melange of grilled cactus and three cheeses in crispy tortillas with verde salsas.

Why a novelty? In the end, there was no whizz-bang of whatever cactus adds up to, just decent Wahaca-esque quesadillas. 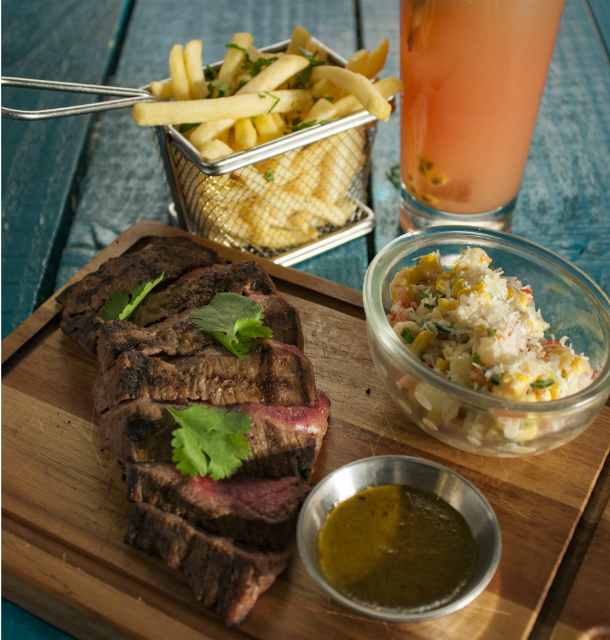 Despite slightly enthusiastic seasoning, the beef was deeply flavoured, tender, charred on the outside, borderline bloody in the middle. Just as ordered.

My personal benchmark for any restaurant? If you can’t cook a steak properly, it’s time to pack up and go home. For party people they also do some good-looking platters.

All of the day and most of the night, Barrio clearly isn’t just a home to a good party and funky drinks, it is also an interesting all-day dining fusion of classic Latino flavours given a 21st century facelift. See you there.