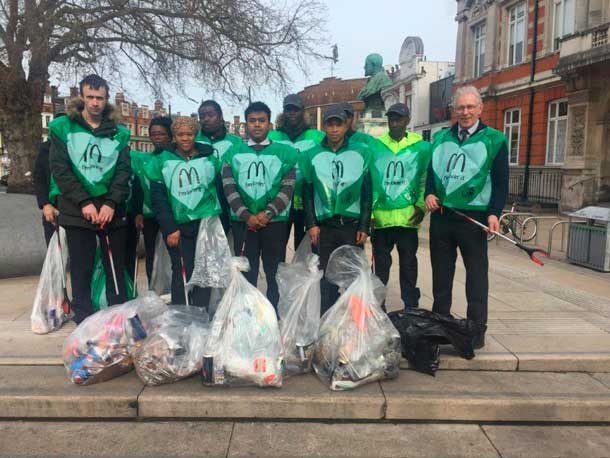 A team of volunteers filled 19 sacks with rubbish collected off the streets of Brixton as part of Keep Britain Tidy weekend (3-5 March).

Brixton McDonalds franchisee Terry Eagle, a long-standing supporter of the campaign, volunteered along with McDonald’s staff and members of the public.

The twenty-strong team worked together to clear 19 large bags of rubbish. Altogether, across the UK, up to half a million people have been out and about clearing up the places they love as part of a wider campaign to rid the country of litter.

McDonald’s franchisee Terry Eagle, who owns and operates the restaurant in Brixton, said: ‘The Great British Spring Clean has inspired people to volunteer their time to get outdoors and pick up some of the litter that surrounds and blights the areas we live. We were delighted to participate alongside so many willing volunteers who all played their bit in helping make Brixton a cleaner place to live. The team worked really hard throughout the event and we were really pleased with the results, everyone’s efforts were really appreciated by passers-by and we are very proud to have helped the local community as these areas look much cleaner now.”

Keep Britain Tidy Chief Executive, Allison Ogden-Newton, said: “These kind of large-scale clean-ups, together with a day-to-day commitment to tackling the problem through litter prevention, is an example of how a business and the people of Britain can make a real difference to their local area.” 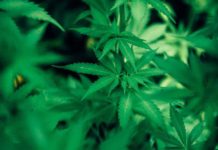 We need a Windrush Day to celebrate the migrant contribution to...

31 July, 2020
We use cookies to ensure that we give you the best experience on our website. If you continue to use this site we will assume that you are happy with it.OKPrivacy policy