As we look forward into a new political era across the pond and a Brexit climate here, could there be a more significant film of the year than Barry Jenkins’ Moonlight, asks Nicola Jones 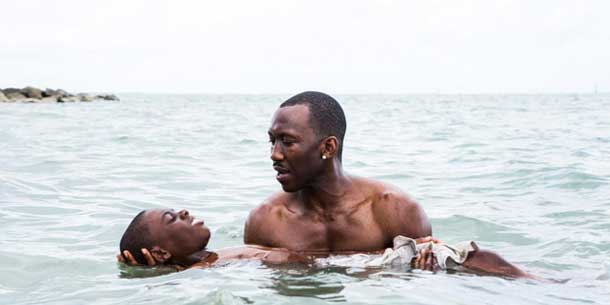 Moonlight’s three-act structure is split between three incarnations of the same character, Chiron. Chiron is seen as a child, a teenager, and an adult. The first chapter, set in Miami in the vaguest of 1980s, sees Chiron aka Little (played then by Alex Hibbert) meet drug dealer Juan (Mahershala Ali). This tender friendship amidst the violence of his life resonates throughout the film. As Chiron continues to discover and struggle with his gay identity this home away from his drug addicted mother (Naomie Harris) is his beacon.

Devastating newcomer Ashton Sanders plays teenage Chiron whose lankiness is so hollow you can hear the ache in him. Miraculously casting and Jenkins direction foster in each performance the same stunning silence following the same painful stare. Although the actors never met while shooting they all bring this stare.

So when you get to Trevante Rhodes as the oldest Chiron, we see its destruction, its hidden forms. All three actors bring physical movement that links them together. Jenkins works fluidly with cinematographer James Laxton to marry realism and stylish POV shots. 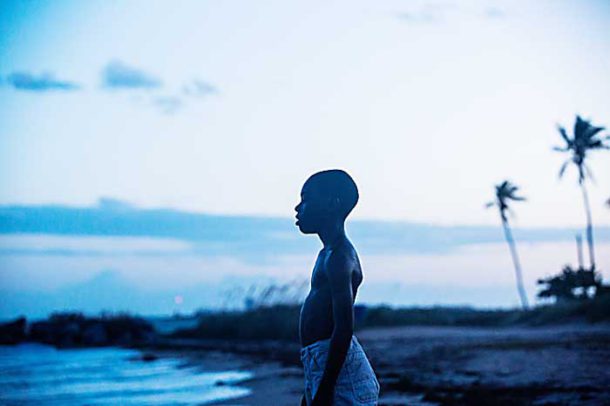 The soundtrack is a dynamic mix of classic, modern, rap, and more. Coupled with the beach, this makes for a mixed palette where sound and word stand out. Insult, hit or caress seems to get added weight in Chiron’s caged world. A world pushing prejudice, hate and hardness into him that builds a binding masculinity.

Moonlight addresses blackness, masculinity, and queer identity with such universality that feels sensuous. It shades of cliché challenge traditional genre plays and builds a film that shimmers with that little glimmer of hope. As hope is all we need.

BlkoutUK put on the Ritzy Cinema screening I attended. BlkoutUK is a collective of Black queer men who through their not-for-profit social enterprise hope to create a community between Black queer men in the UK. This film was their platform for a conversation. More information on BlkoutUK can be found here and the group can be found tweeting @blkoutuk.

Moonlight is in theatres in the UK (including The Ritzy) on 17 February.