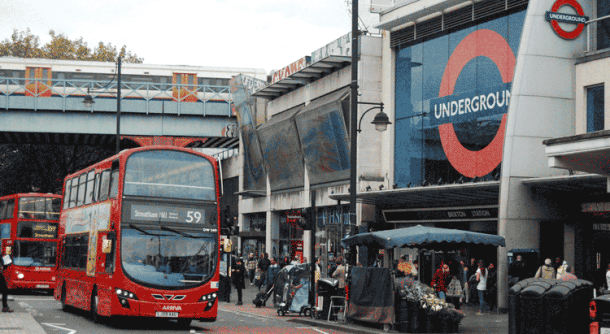 Pollution on Brixton Road in early January may have set a “world record” for the number of times official pollution limits had been breached in a single day, according to the Clean Air in London organisation.

The World Health Organisation guideline is for no human exposure to the dangerous gas nitrogen dioxide (NO2) at over 200 micrograms per cubic metre (ug/m3) measured over one hour. The EU legal limit, also in UK law, is 18 hours in a calendar year.

The monitor in Brixton Road was the first in London to report 19 “exceedances” at 9pm on Thursday 5 January (and 21 by 11pm).

Hourly NO2 concentrations reached an “incredible” 347.7 ug/m3 in Brixton Road at 9pm on 5 January, Clean Air in London said. 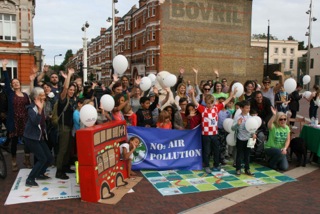 Clean Air in London director Simon Birkett called for outdoor food and drink sales to be stopped in areas with such high levels of dangerous pollution.

ClientEarth, a group of campaigning lawyers, said pollution in Brixton Road was the highest in London.

ClientEarth member and Brixton resident Alan Andrews said it was “absolutely essential” that London mayor Sadiq Khan delivers on his promises to tackle pollution and that the national government “backs him to the hilt”.

He has promised a bigger ultra-low emission zone for 2019 and the cleanest buses on the most polluted roads.

Andrews said draft government plans to tackle air pollution were due to be published in April.

“They must include a national network of clean air zones, which stop the dirtiest diesel vehicles entering pollution hotspots,” he said. 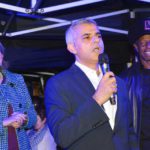 Mayor Khan is planning to introduce no/low emission buses on routes between Streatham and Brixton in October this year.

Lambeth council cabinet member for environment and transport Jennifer Brathwaite said: “This is shocking, but sadly not surprising. We are very aware of the high levels of pollution in the borough, which is why we encourage our residents to change their behaviour, while lobbying City Hall and the government for improvements.”

The council says it is estimated that up to 40% of air pollution in Lambeth is from sources outside the borough.

It recently completed consultations on an “air quality action plan” which will be followed up by a steering group including council officers. One of the proposals it will investigate is installing Santander (Boris) bikes outside Brixton station.

The council wants busi­nesses and individuals to join the group – contact sustainability@lambeth.gov.uk.

You can check on pollution in Brixton and other parts of Lambeth at the London Air page of King’s College London.

Library campaigners protest at the Rec